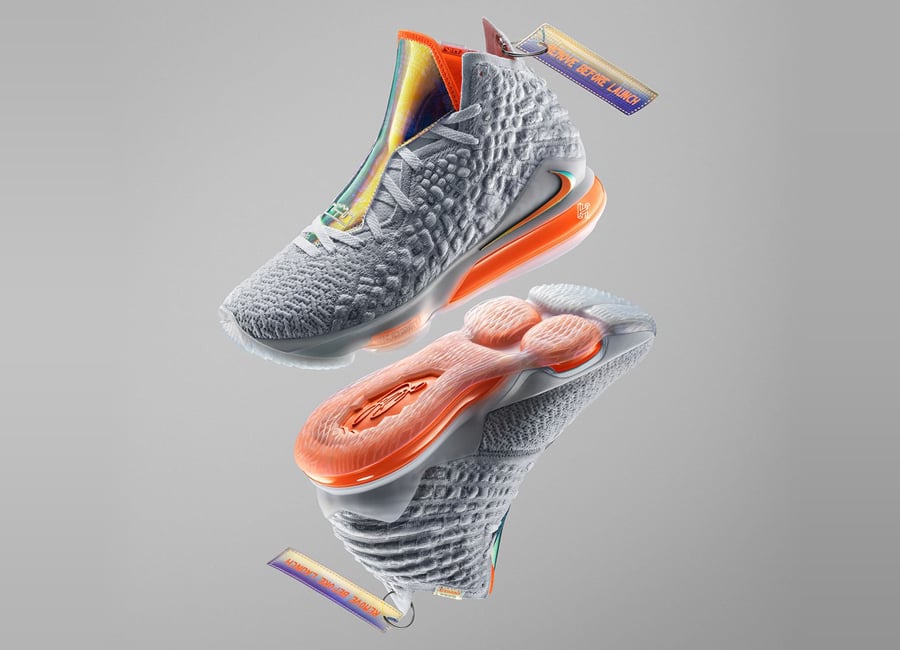 Coming soon is the Nike LeBron 17 and you can expect various color options to be available. Another pair we take a look at is known as ‘Future Air’.

Featuring Grey Knitposite across the upper while iridescent covers the tongue overlay. Following is the use of Orange within the Air unit while attached is a hangtag which reads ‘Remove Before Launch’ which was seen on some of Nike Basketball infamous releases.

You can expect the Nike LeBron 17 ‘Future Air’ to release at select retailers including Nike.com during Fall. Once more information is available we will make sure to update. For now you can scroll below to check out more photos for a closer look. 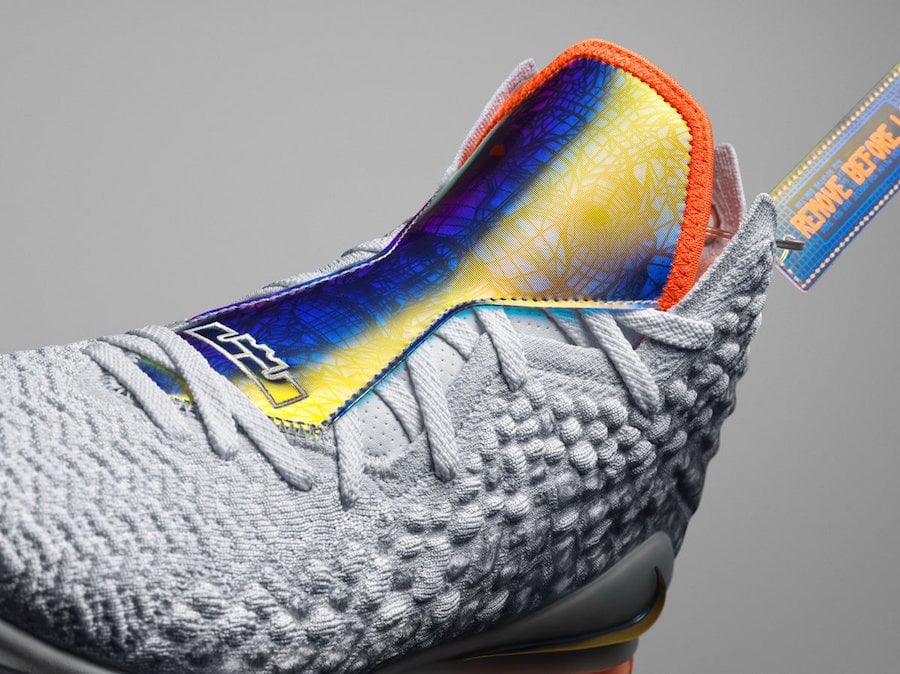 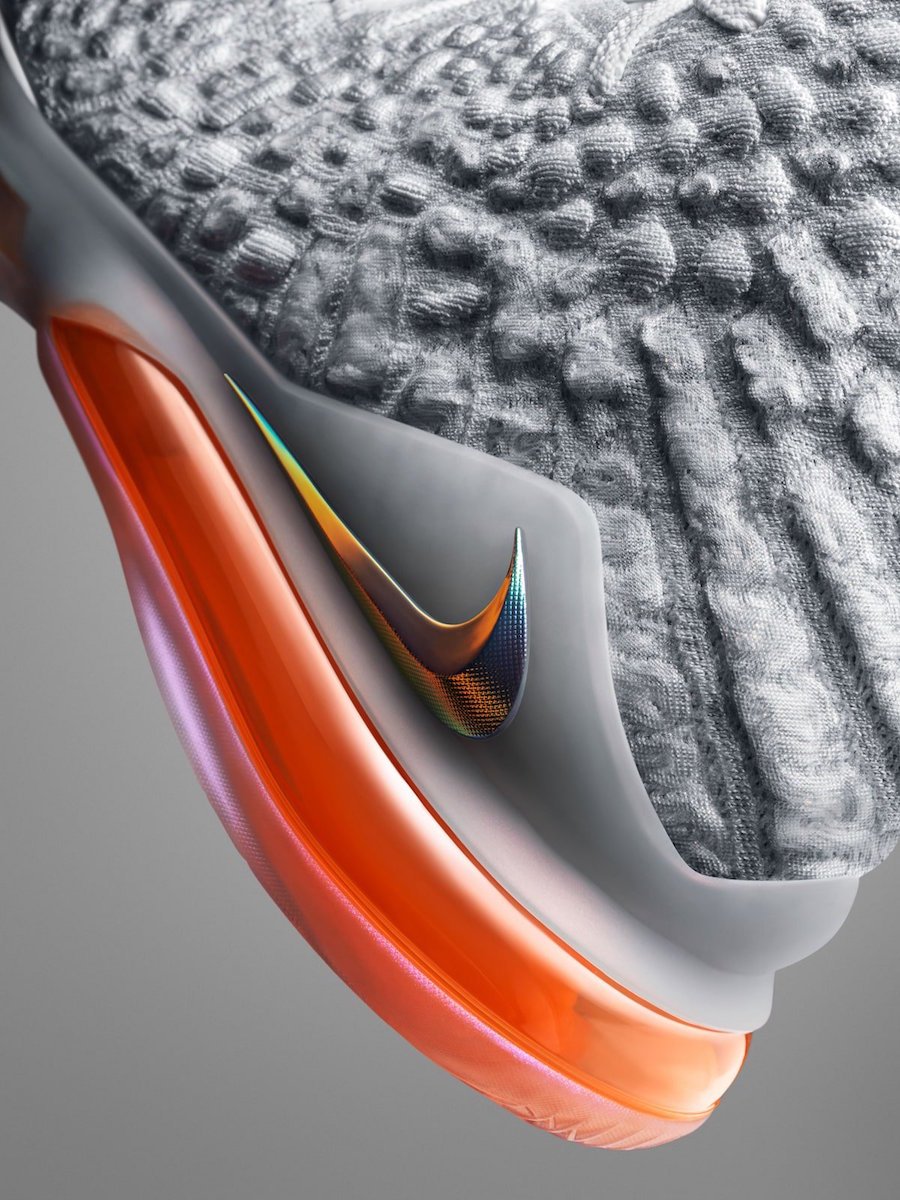 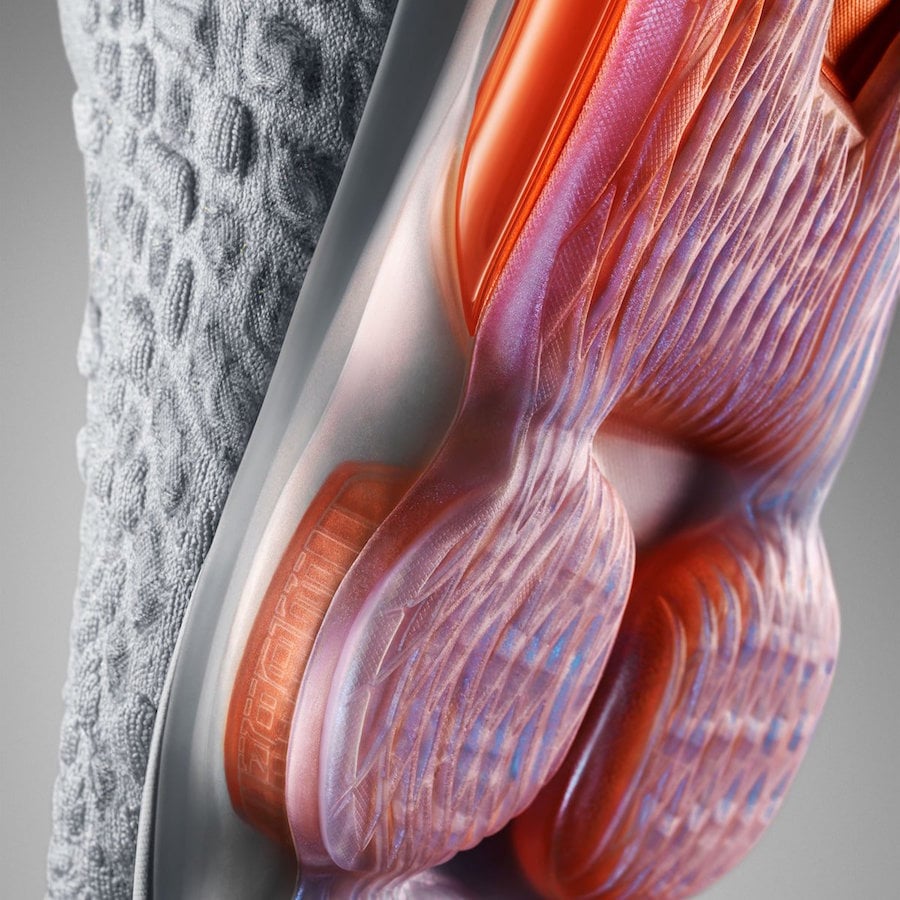