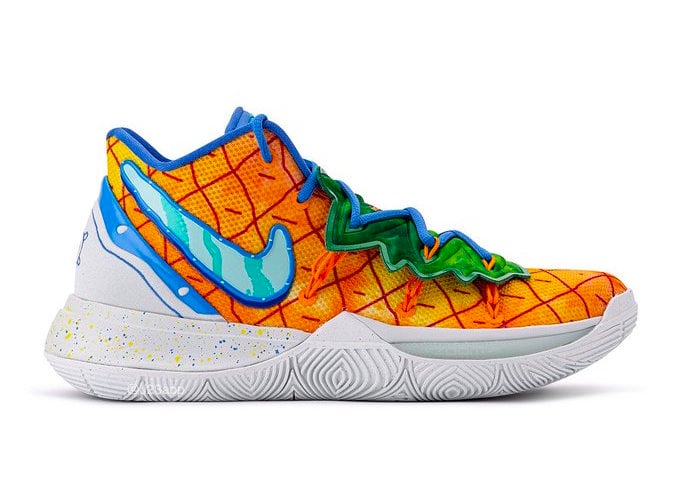 Adding onto the SpongeBob SquarePants x Nike Kyrie 5 collection is a brand new ‘Pineapple House’ iteration that will release during October.

This Nike Kyrie 5 pays tribute to the pineapple house alternately a ham house with an agave on top that SpongeBob and Gary The Snail live in. Located at 124 Conch Street.

Highlighted with a pineapple house on the upper while Green lands on the shroud. The Swoosh on the panels mimics the windows while the speckled midsole represents the sand. Other highlights includes a nautical wheel embroidered on the heel while Nickelodeon branding lands on the shroud and SpongeBob on the insoles.

You can expect the SpongeBob x Nike Kyrie 5 ‘Pineapple House’ to release at select retailers and online at Nike.com on October 24th. Retail price is set at $130. Below you can see additional photos for a closer look. 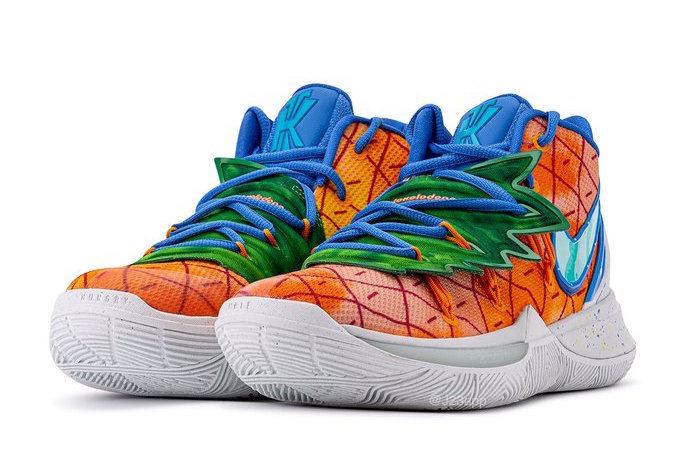 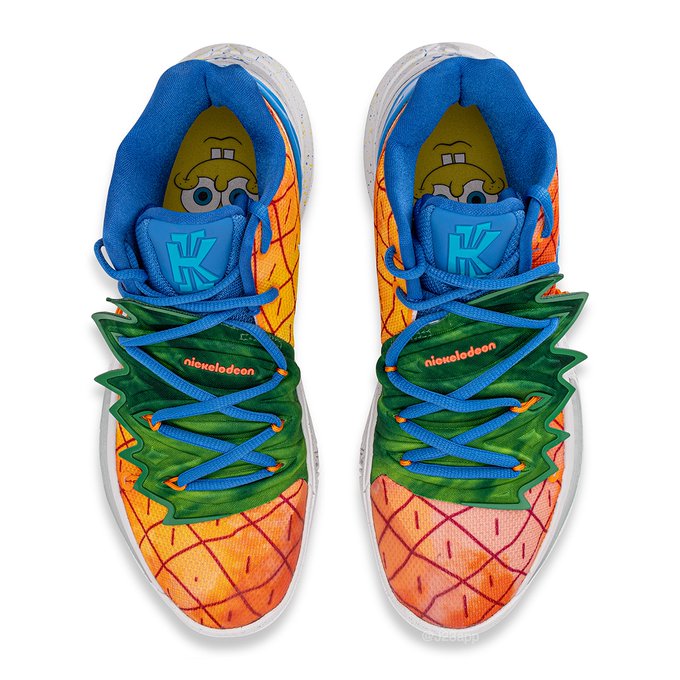 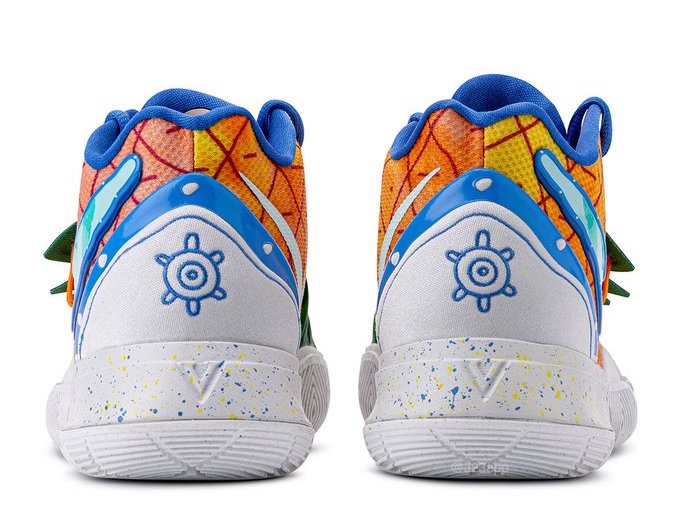