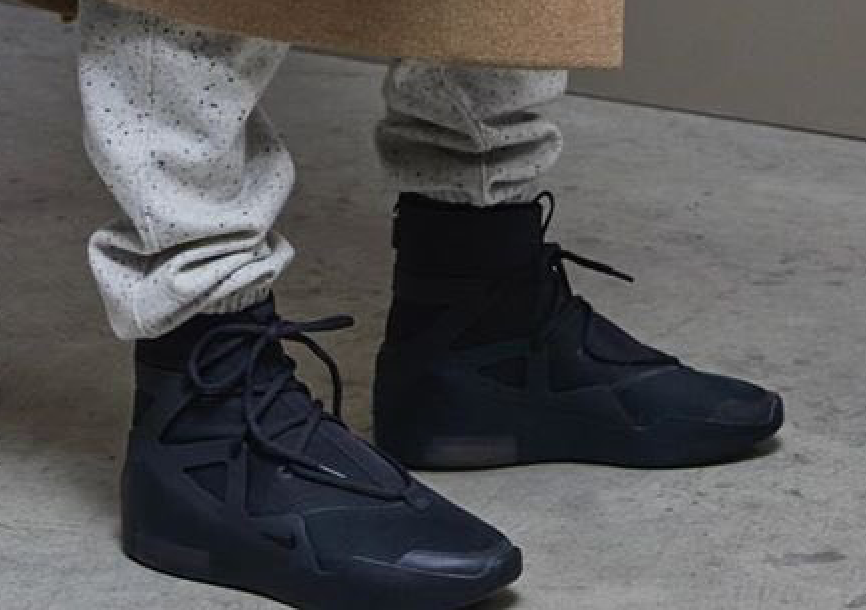 The Nike Air Fear of God 1 ’Triple Black’ is one of two colorways releasing for Spring 2020, while the other pair comes highlighted in ’String’.

Releasing for All-Star Weekend, this Nike Air Fear of God 1 features Black throughout while constructed with a mixture of mesh and luxe suede which lands on the toe. In addition we have Black tonal branding, lace cage, laces, midsole and rubber outsole which finishes the look.

You can expect the Nike Air Fear of God 1 ‘Triple Black’ to release at select retailers including Nike.com Spring 2020. Retail price is set at $350. Below you can check out another photo and soon we will have a detailed look.

Update 3/2: Initially expected to release on February 14th, we have another look at the ’Triple Black’ Nike Air Fear of God 1 which is part of Jerry Lorenzo’s new lookbook. Currently release details are still unknown, but once more information is available we will make sure to update.