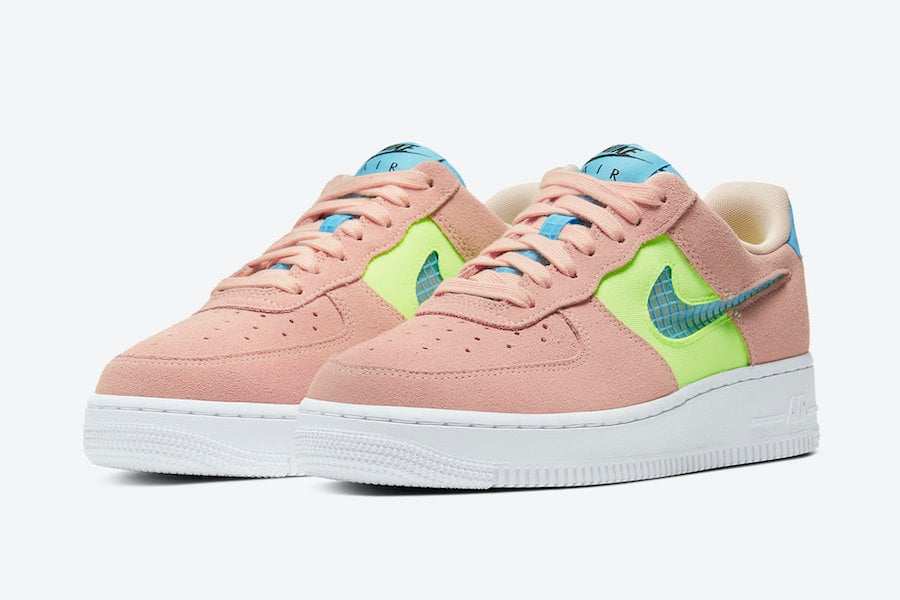 The Nike Air Force 1 is starting to release in a new colorway which is added to their women’s lineup.

Featuring a Washed Coral, Ghost Green, Black and Oracle Aqua color combination. Looking closer this Nike Air Force 1 Low comes with Coral suede on the base while Volt mesh is applied to the side panels. In addition we have Blue on the tongue, cut-out translucent Swoosh logos and heel. Completing the look is White on the midsole and rubber outsole.

More photos of this Air Force 1 can be seen below which will give you a better look. For those that want to buy, sizes are available now at select retailers including Nike.com. Retail price is set at $100. 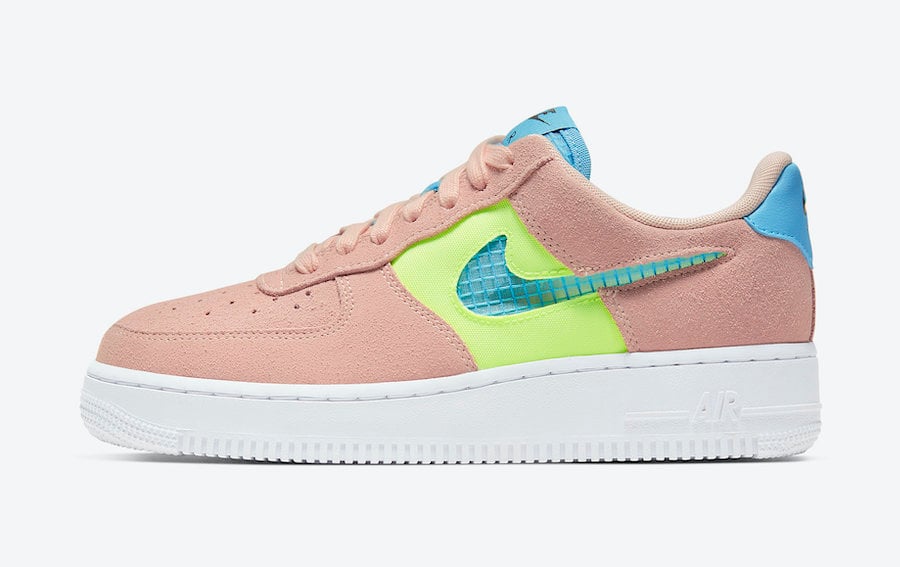 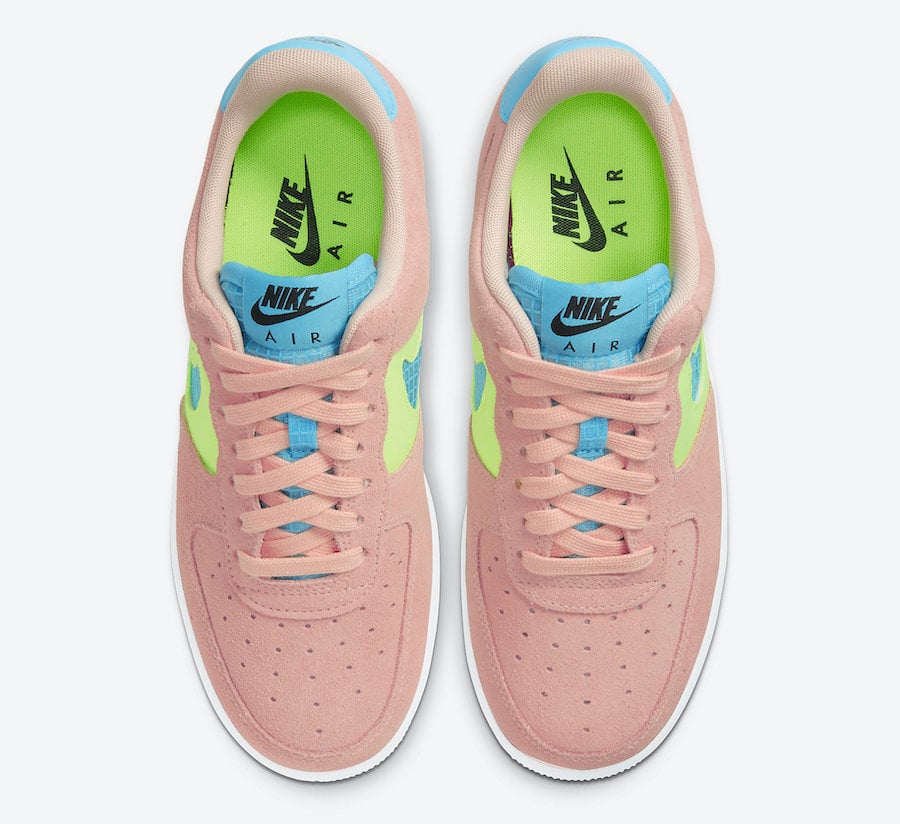 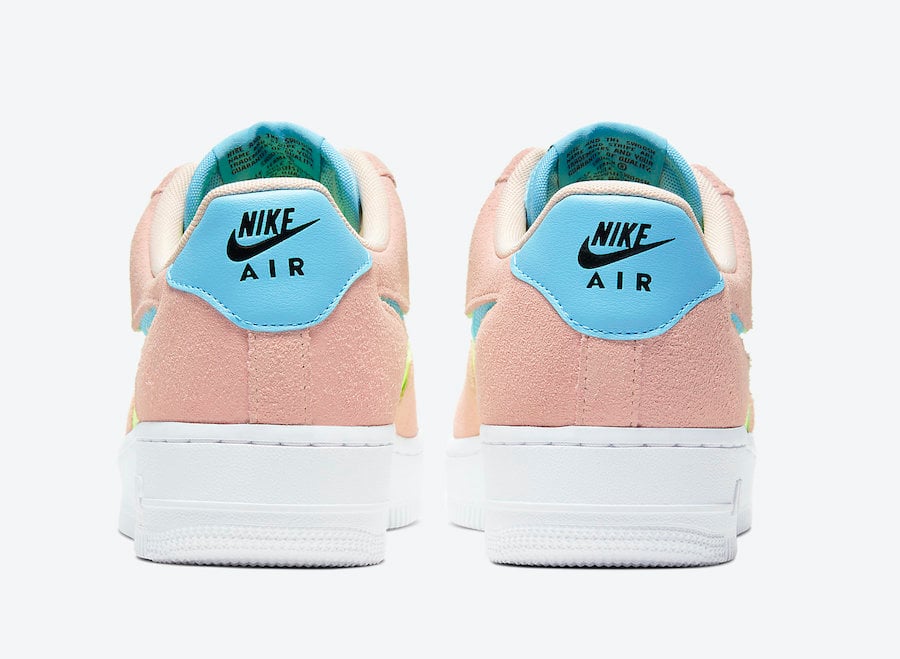