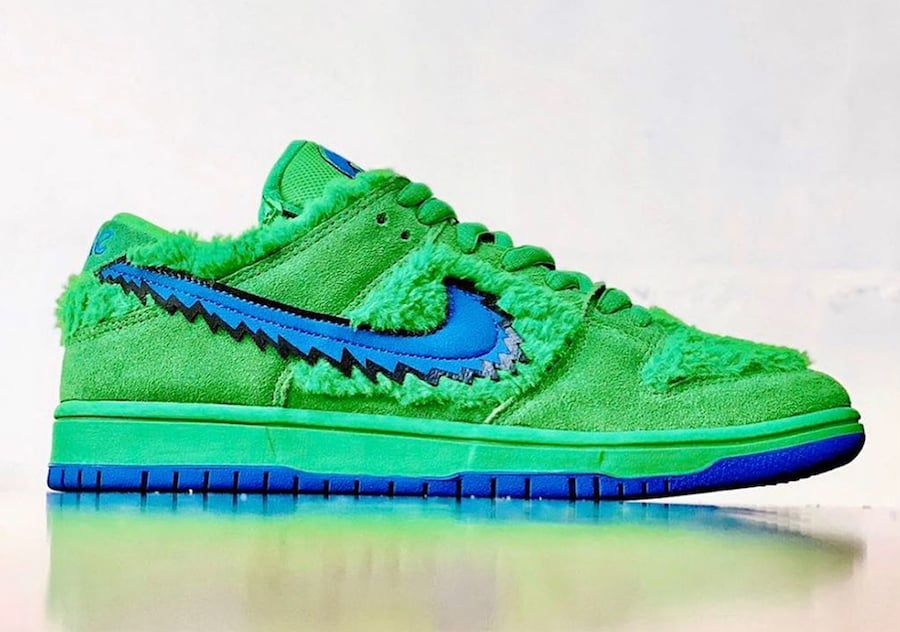 The Nike SB Dunk Low ‘Grateful Dead Bears’ is a tribute release inspired by the dancing bears drawn by Bob Thomas which was the rear cover art of the Grateful Dead, Volume One (Bear’s Choice) in 1973.

Shown is one of three colorways that will form the ‘Grateful Dead Bears’ Pack which is reminiscent of what Nike SB did back in 2006 on the ’Three Bears’ Pack.

Looking closer this Nike SB Dunk Low features fuzzy faux fur throughout the upper to mimic a bear while suede covers the overlays. Covered in Green, Blue lands on the Swoosh logo with Black jagged edges which is taken from the bear’s jester collars. Other highlights includes a stash pouch behind the tongue, Green on the midsole and a Blue rubber outsole.

Currently a release date for the Grateful Dead x Nike SB Dunk Low has yet to be announced, however once more information is available we will make sure to update. Let us know your thoughts in the comments section below. 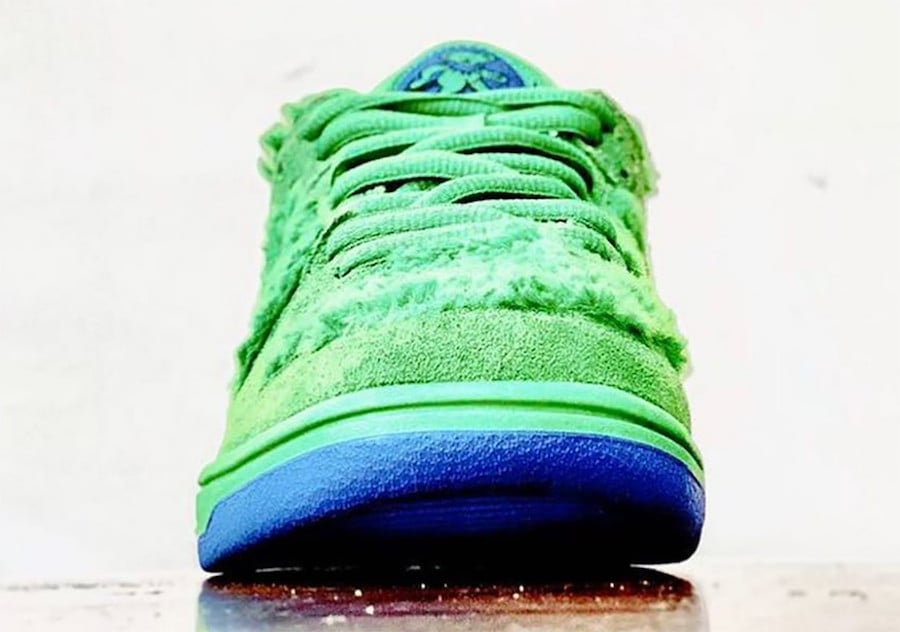