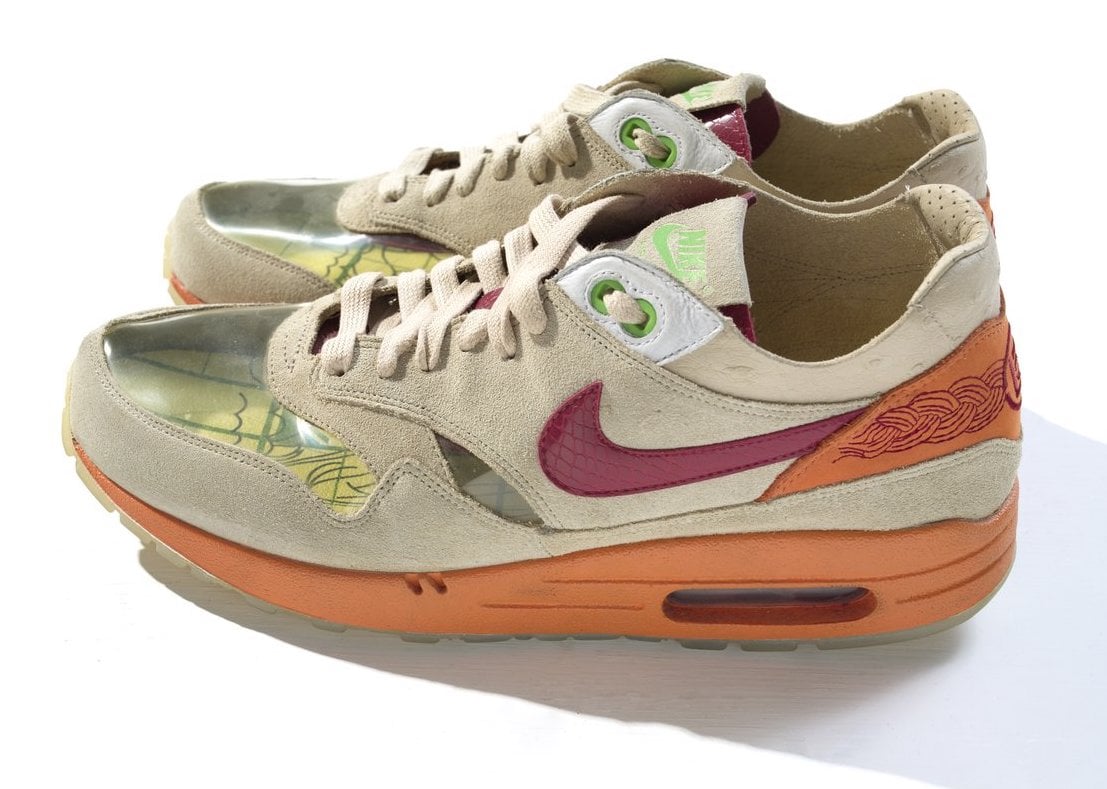 The Clot x Nike Air Max 1 ‘Kiss of Death’ which first released in 2006 is returning in 2021. The original release celebrated the opening of China’s first sneaker boutique, ACU.

In addition this collaboration pays tribute to Clot’s Chinese roots by ‘Chi’, a known spiritual energy that runs through the human body and connecting to the universe.

This Nike Air Max 1 comes dressed in a Net, Deep Red and Orange Blaze color combination. The re-release is expected to mimic the original which will feature Beige suede on the panels along with a transparent toe box which you can see the insoles that has pressure points of the foot that represents a Chinese medicinal theory. Following we have Deep Red on the snakeskin Swoosh and tongue along with ostrich embellishments. Orange is also used while a translucent outsole with an image of the foot finishes the look.

You can expect the Clot x Nike Air Max 1 ‘Kiss of Death’ to release at select retailers including Nike.com during 2021. Once more information is available we will make sure to update. 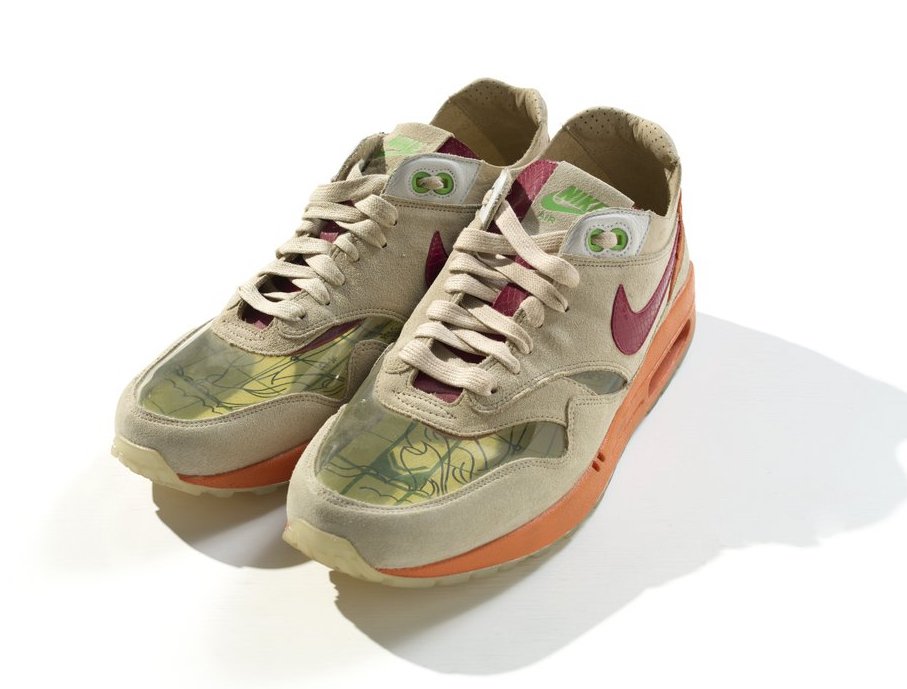 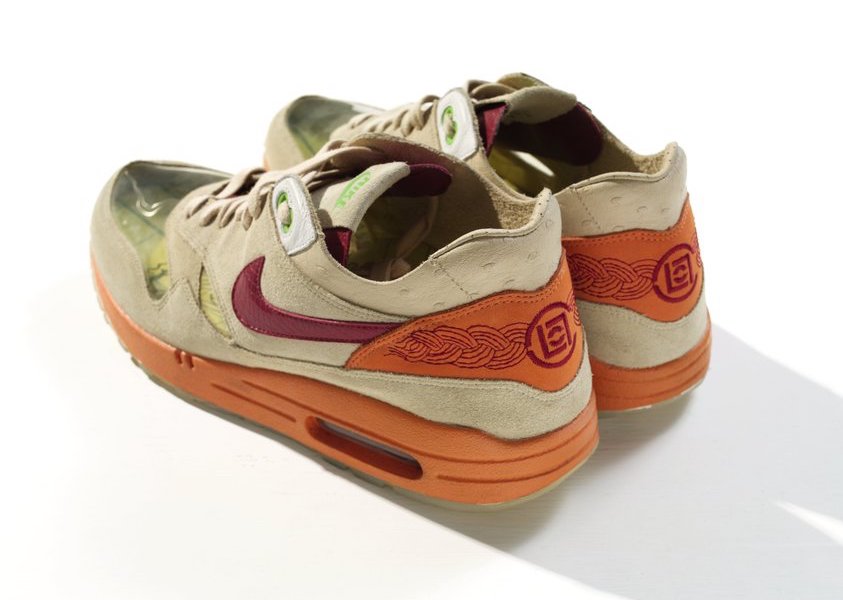 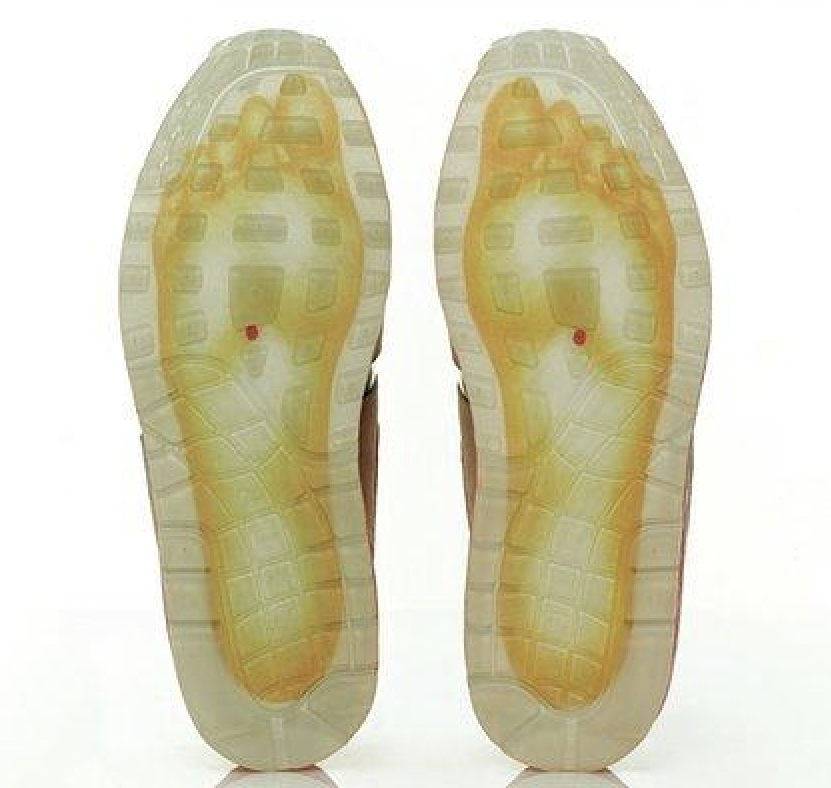 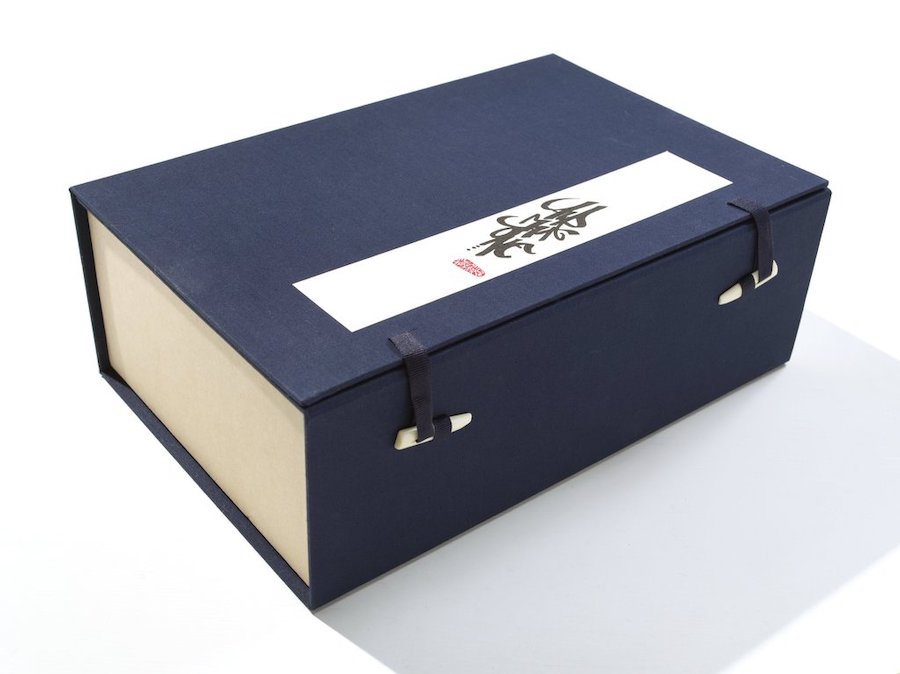 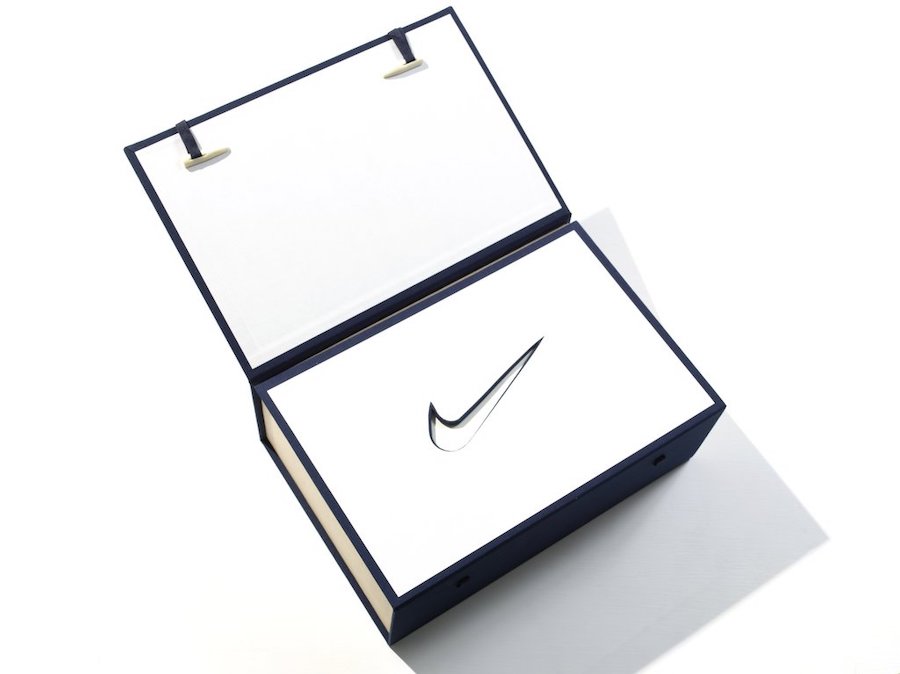 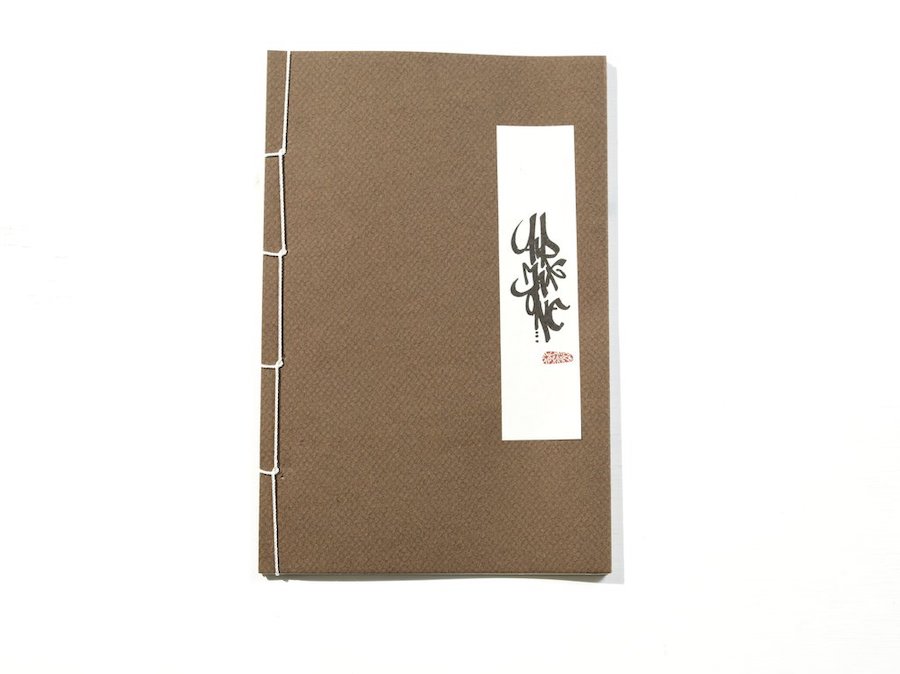 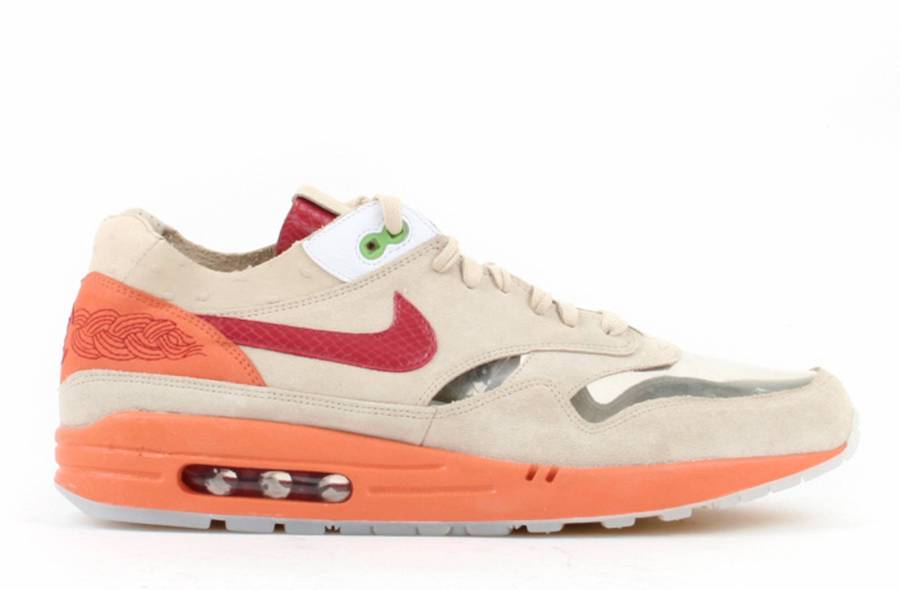 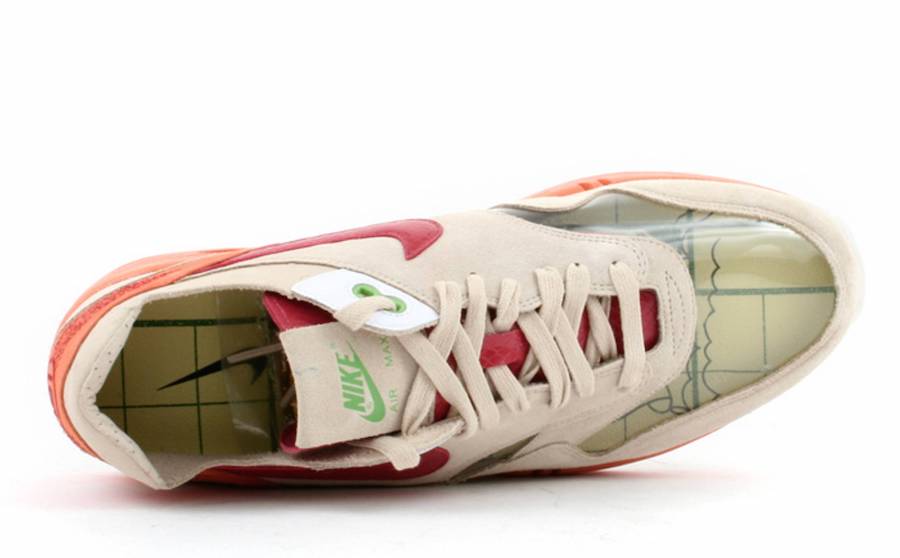 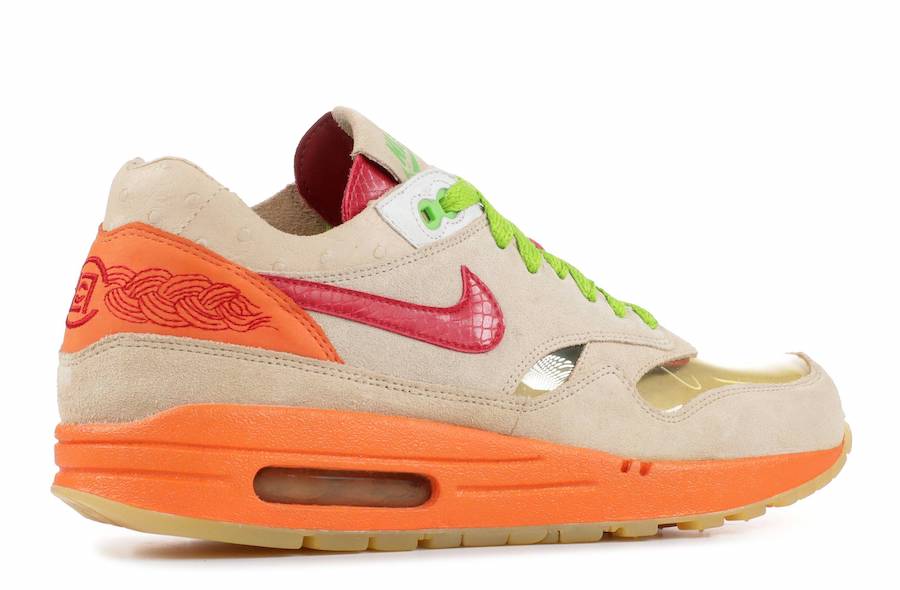 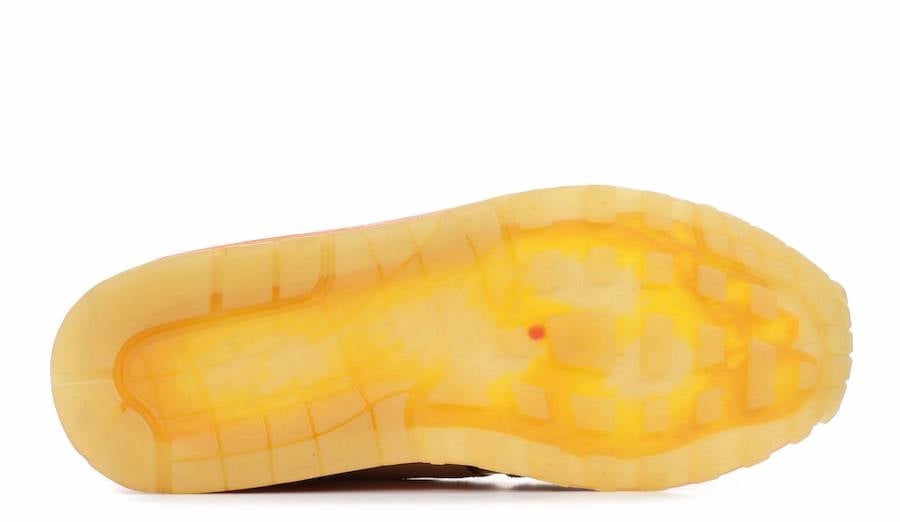