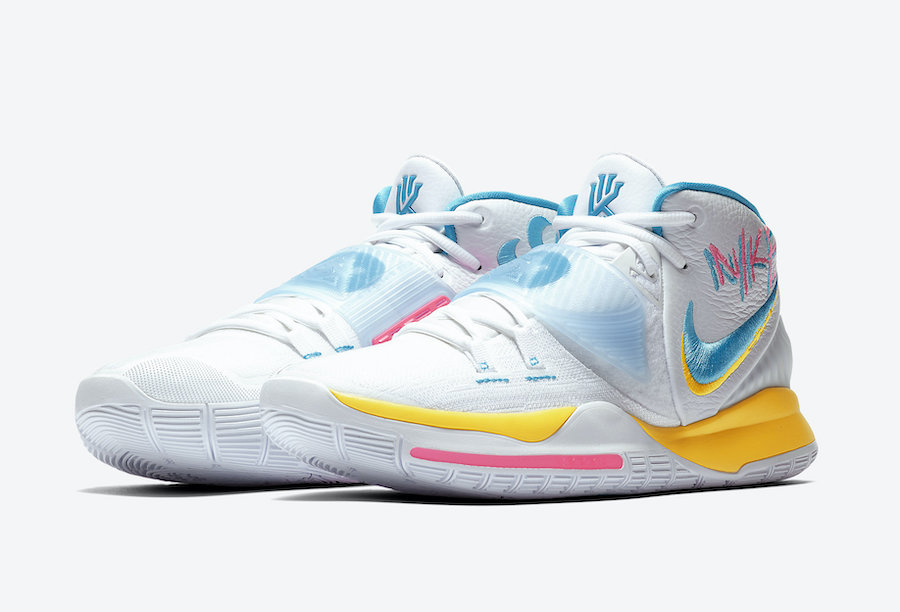 Nike Basketball will soon launch a new Kyrie 6 which will pay tribute to Nike’s retro branding.

Looking closer this Nike Kyrie 6 features White mesh and tumbled leather across the base while utilizing Blue, Yellow and Pink accents throughout. In addition we have an embroidered layered Swoosh logo on the panels and Nike text on the lateral side. The medial features a large pinwheel logo. Following we have a translucent Blue mid-foot strap which features a vintage cursive Nike logo while ‘Hungry’ is seen on the lower part of the tongue.

Below you can check out more images of the Nike Kyrie 6 ‘Neon Graffiti’ which will give you a closer look. A release will take place at select retailers including Nike.com on June 12th Retail price is set at $130. Once more information is available we will make sure to update.

Update (5/26): Official images of the ‘Neon Graffiti’ Kyrie 6 has arrived which will release on June 12th. 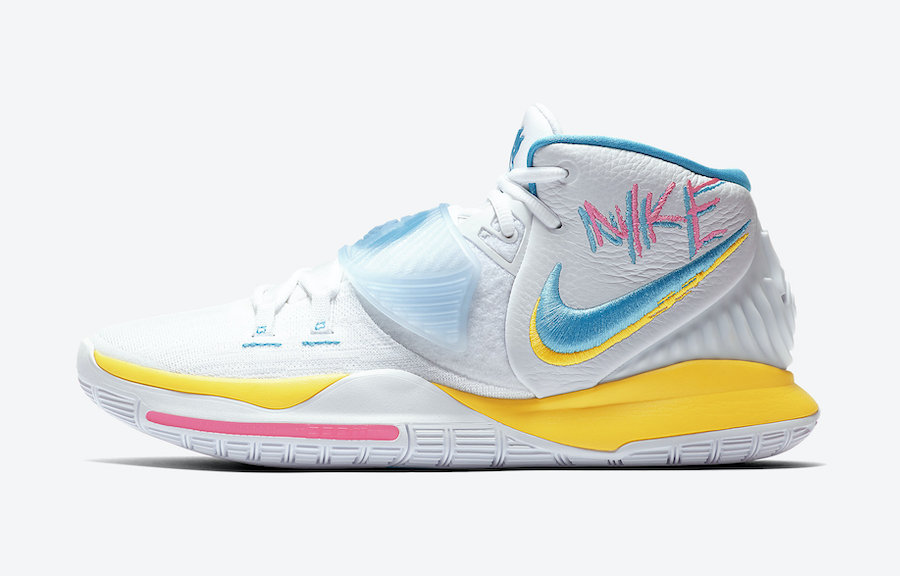 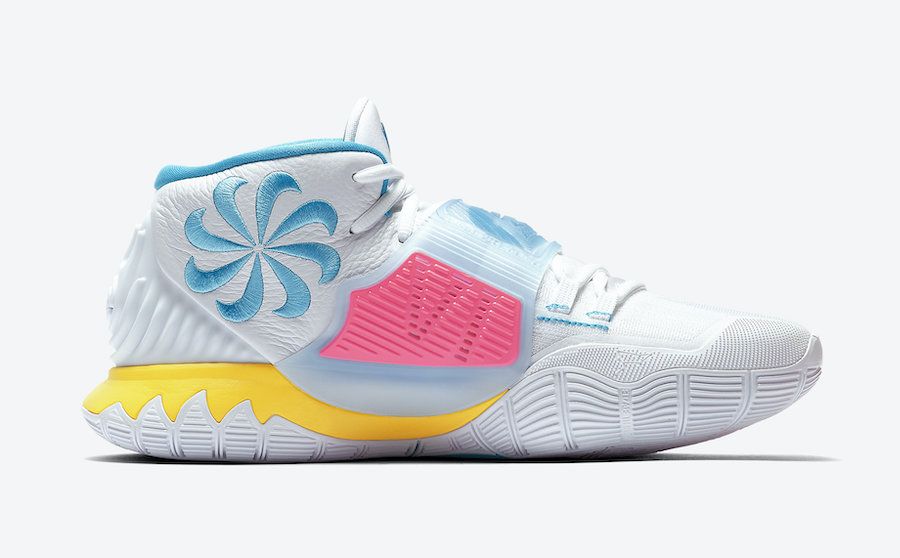 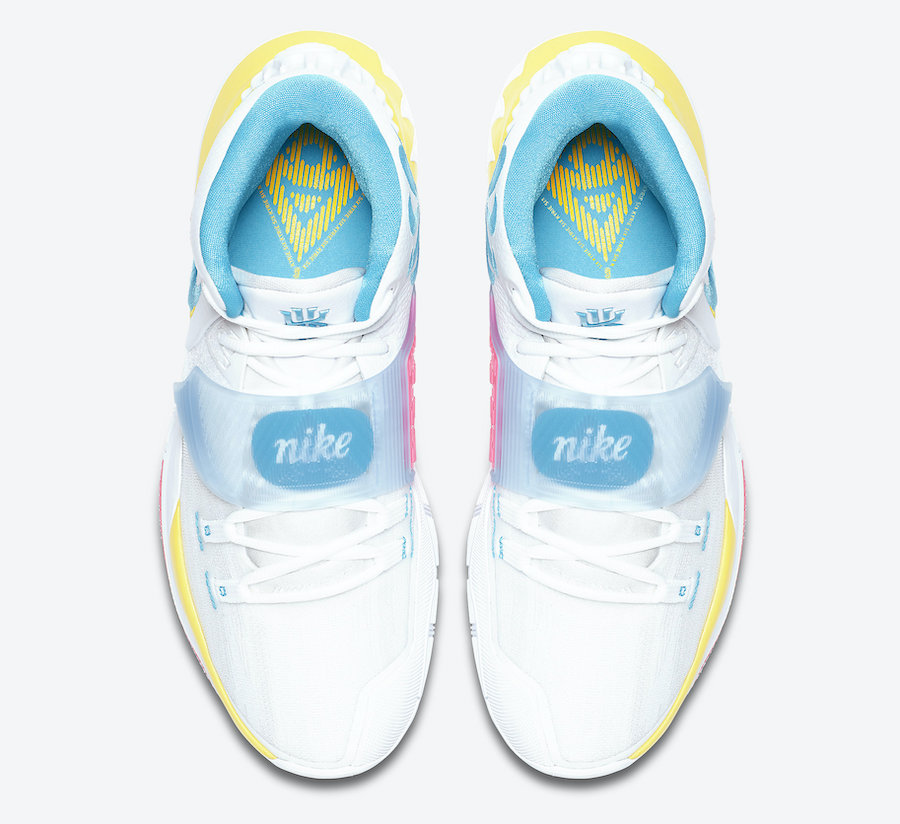 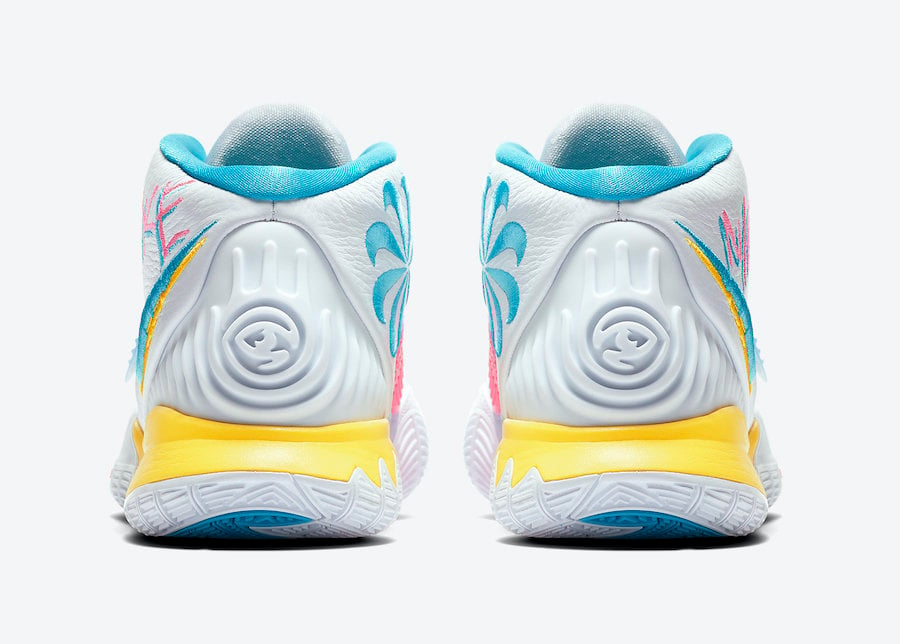 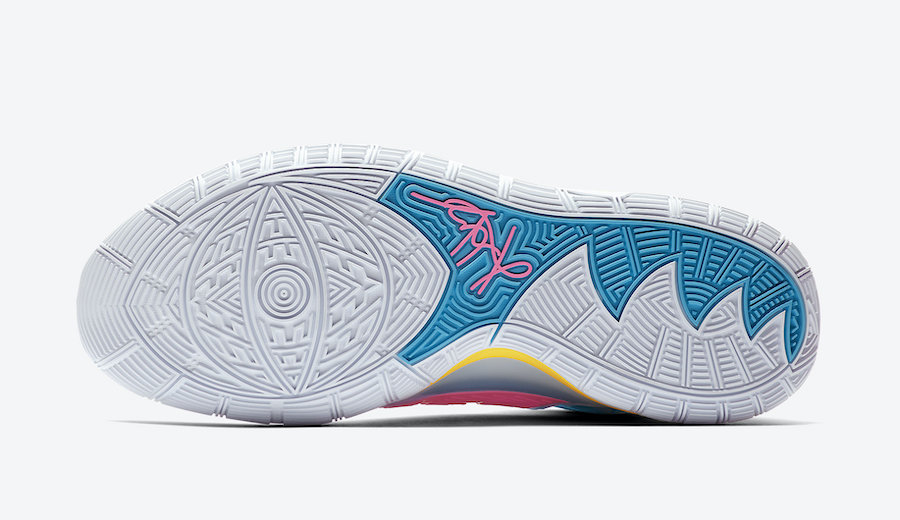