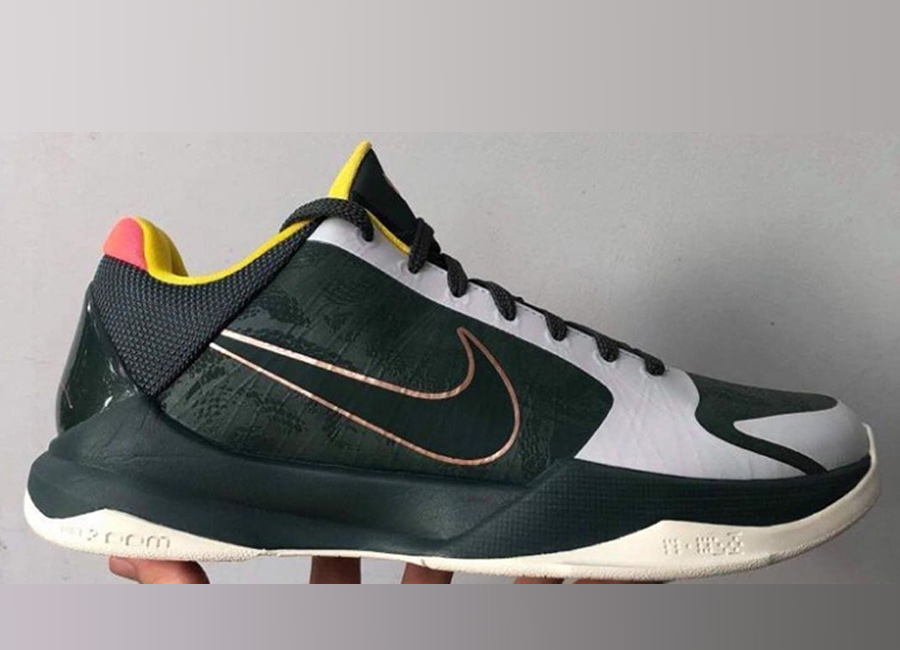 Although the Nike Kobe 5 Protro is expected to release in multiple colorways this year including two Bruce Lee color options and other original releases, Nike has been hesitant to debut them due to his passing earlier in the year.

For fans of Kobe Bryant, we have a look at some upcoming potential releases of the Kobe 5 Protro. The first pair comes with Dark Green across the upper while White runs down the eyestay and wraps the toe. They also feature Yellow and Peach accents. As for the second pair, it has Grey and White across the base while unique patterns are seen throughout including a checkerboard like pattern on the toe and tiger stripes on the pattern. Completing the look is Black on the Swoosh and heel.

Below you can check out a few more images of the upcoming Kobe 5 Protro colorways for a better look. Although release information is unavailable, once additional details are known we will make sure to update. 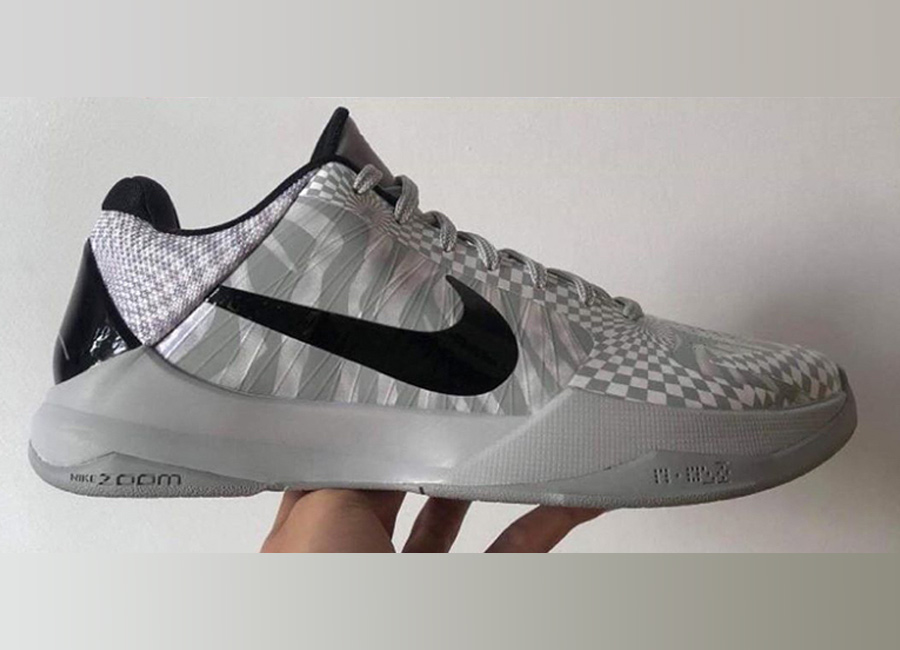