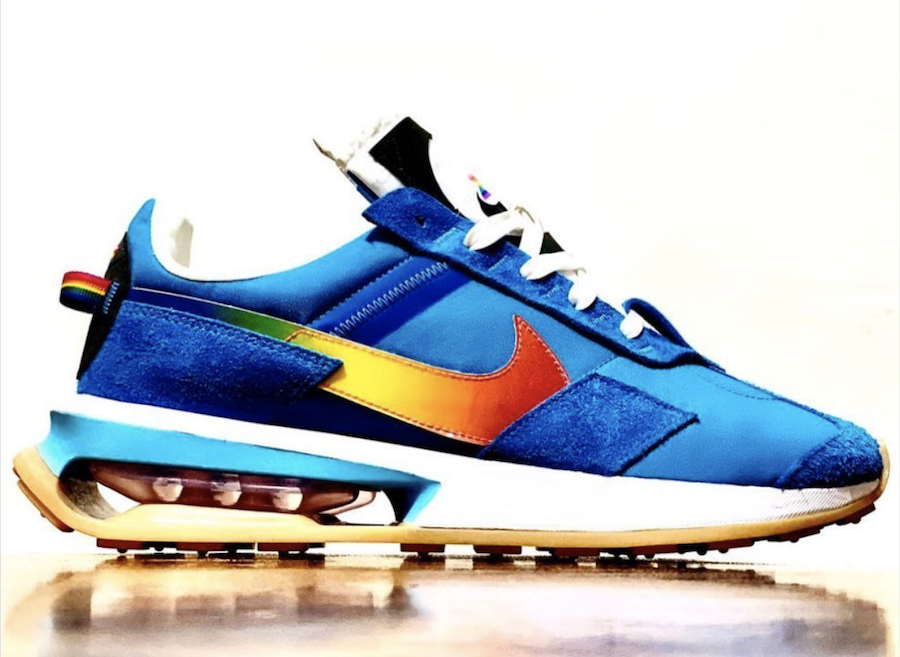 Nike Sportswear looks to be releasing a new Air Max model which is known as the Nike Air Max 270 ‘Pre-Day’ which will combine elements from retro runners and add new technology.

While unconfirmed, its possible that this sample could be part of Nike’s BeTrue collection due to the rainbow used on the Swoosh and heel pull tab. In addition it features Blue nylon across the base while Blue suede covers the overlays. White then lands on the midsole and then we have Gum on the rubber outsole. Completing the look is a cut-out in the midsole which has an Air Max unit.

At the time of writing, a release date for the Nike Air Max 270 ‘Pre-Day’ Sample is unknown. Nor is it known if there is any differences on the retail pair compared to this sample. However once more information is available we will make sure to update.