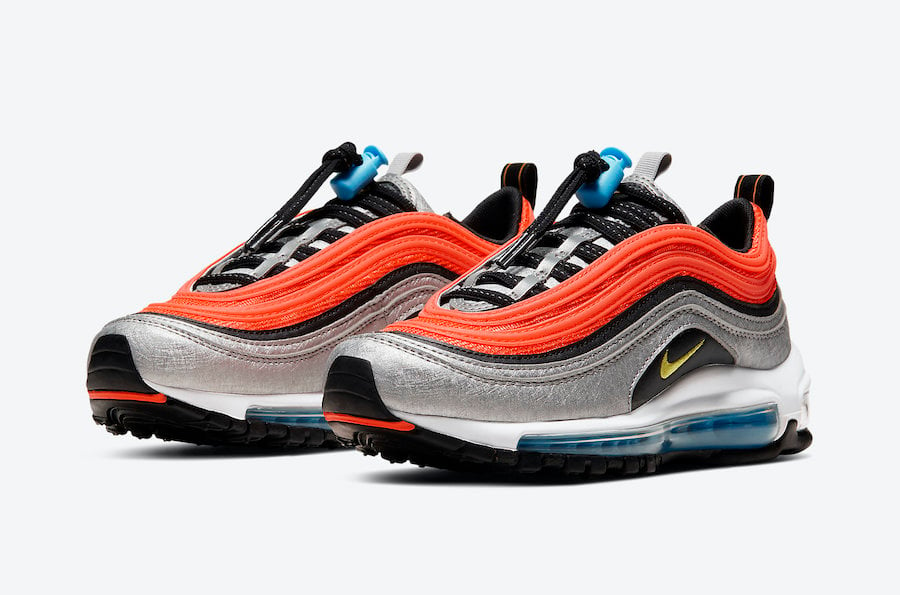 Nike is releasing the ‘Sky Nike’ collection which will include this Air Max 97 which is launching exclusively for kids and is inspired by the extraterrestrial.

This Nike Air Max 97 comes dressed in a Metallic Silver, Speed Yellow and Black color combination. Featuring a bright shade of Orange across the upper which is inspired by the sun. In addition we have Silver placed on the lower part of the shoe while Light Blue lands on the lace lock and placed within the Air Max unit. Following we have Yellow embroidered on the Swoosh, 3M reflective accents while White covers the midsole and Black runs across the rubber outsole. Each pair also comes with a Nike hangtag.

You can expect the Nike Air Max 97 GS ‘Sky Nike’ to release at select retailers including Nike.com on June 20th. Retail price is set at $165. Below you can check out more images which will give you a closer look. 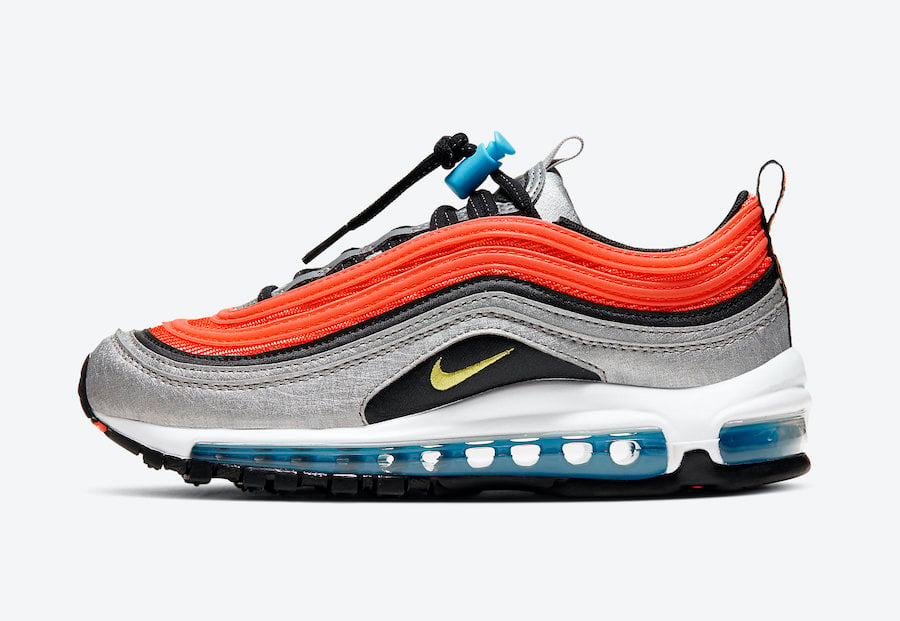 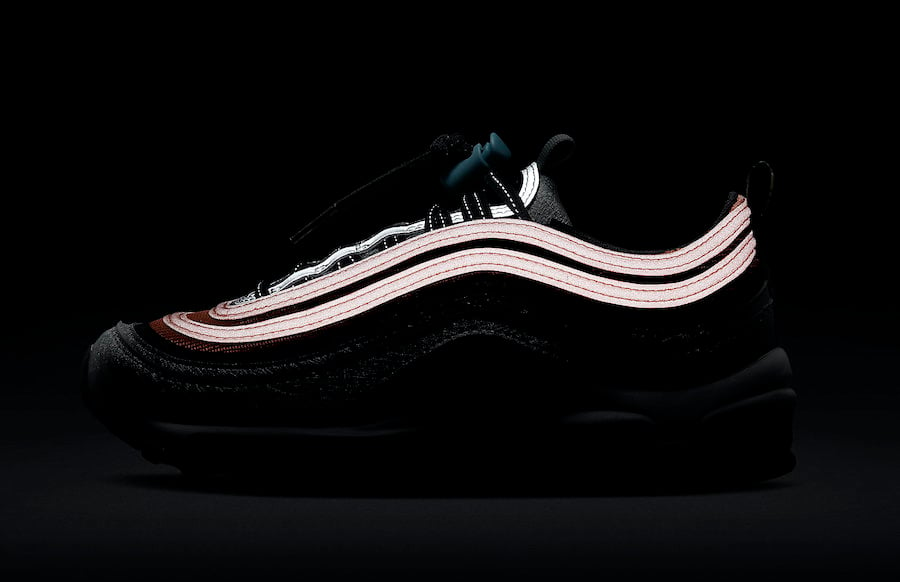 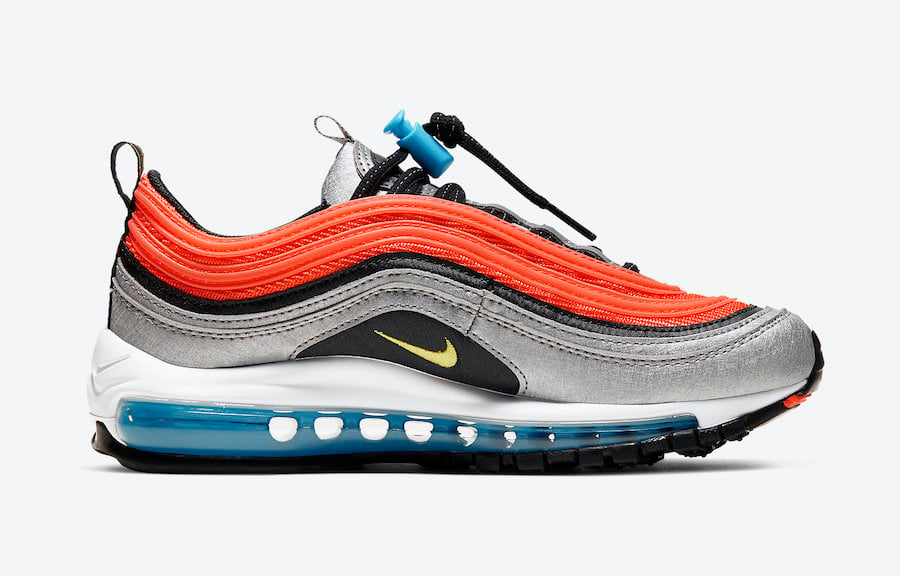 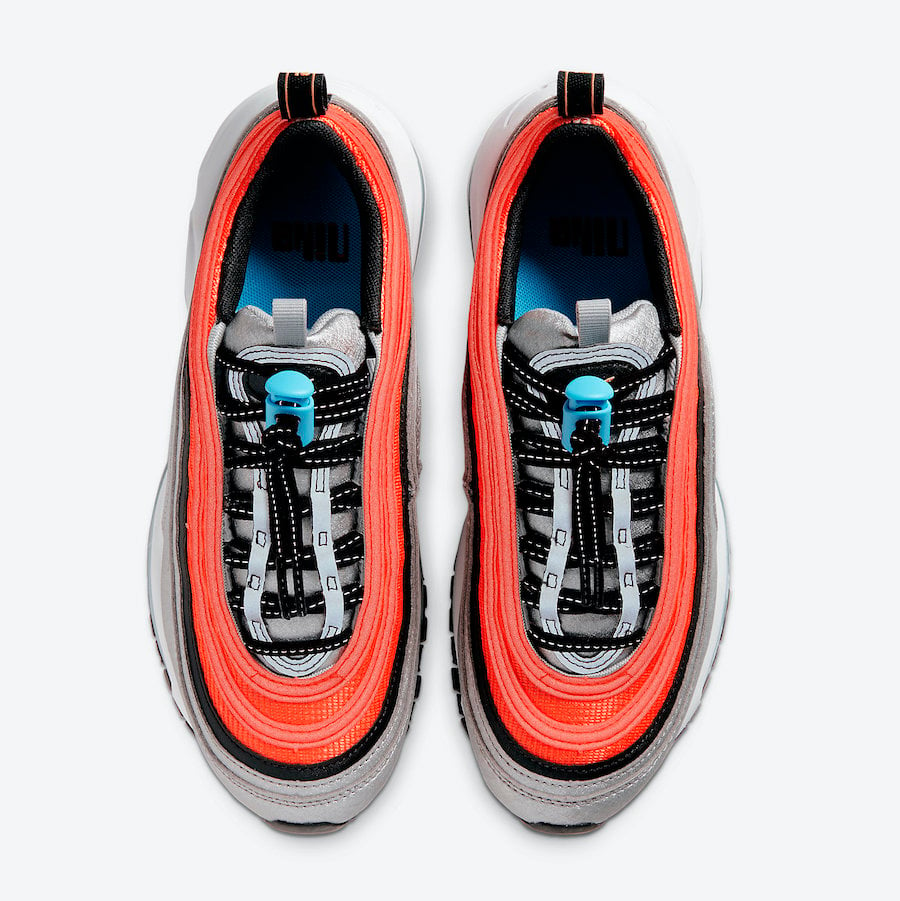 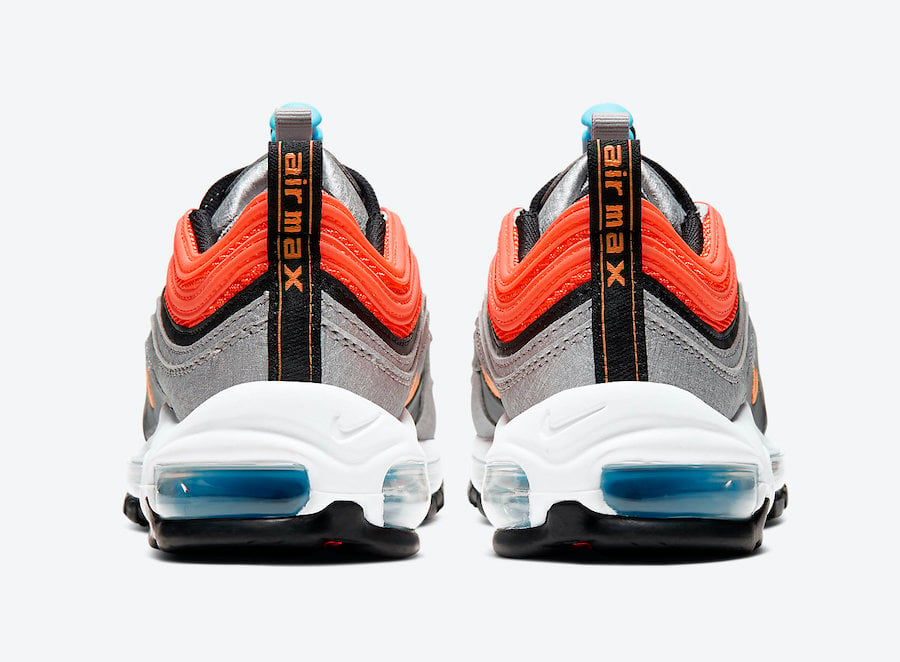 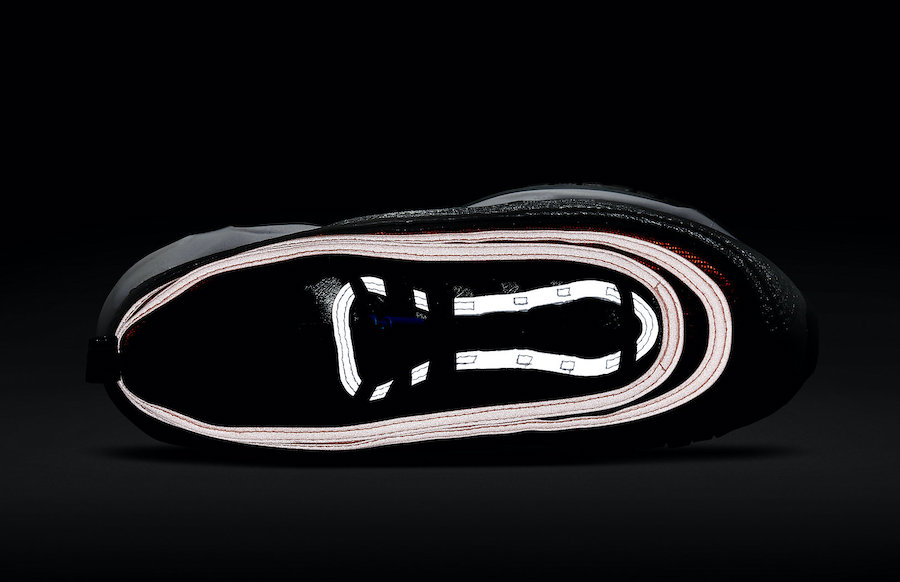 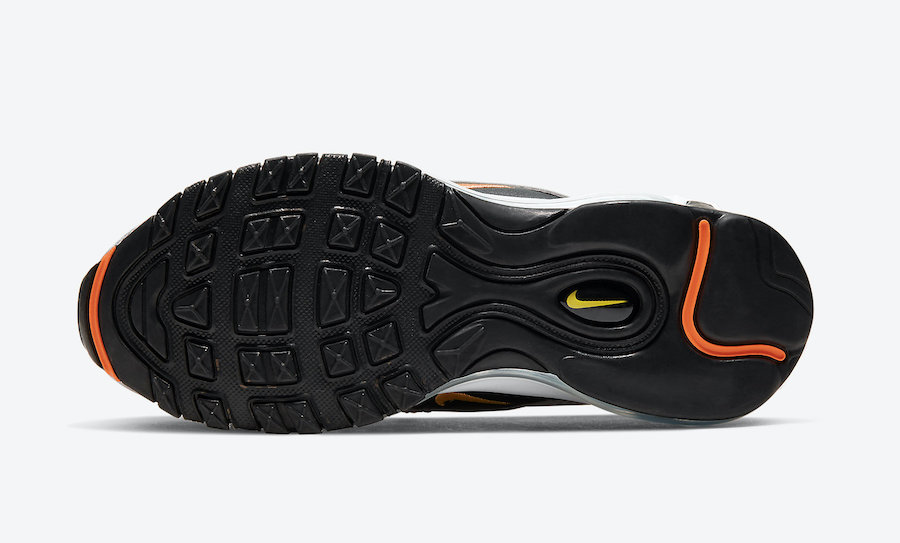 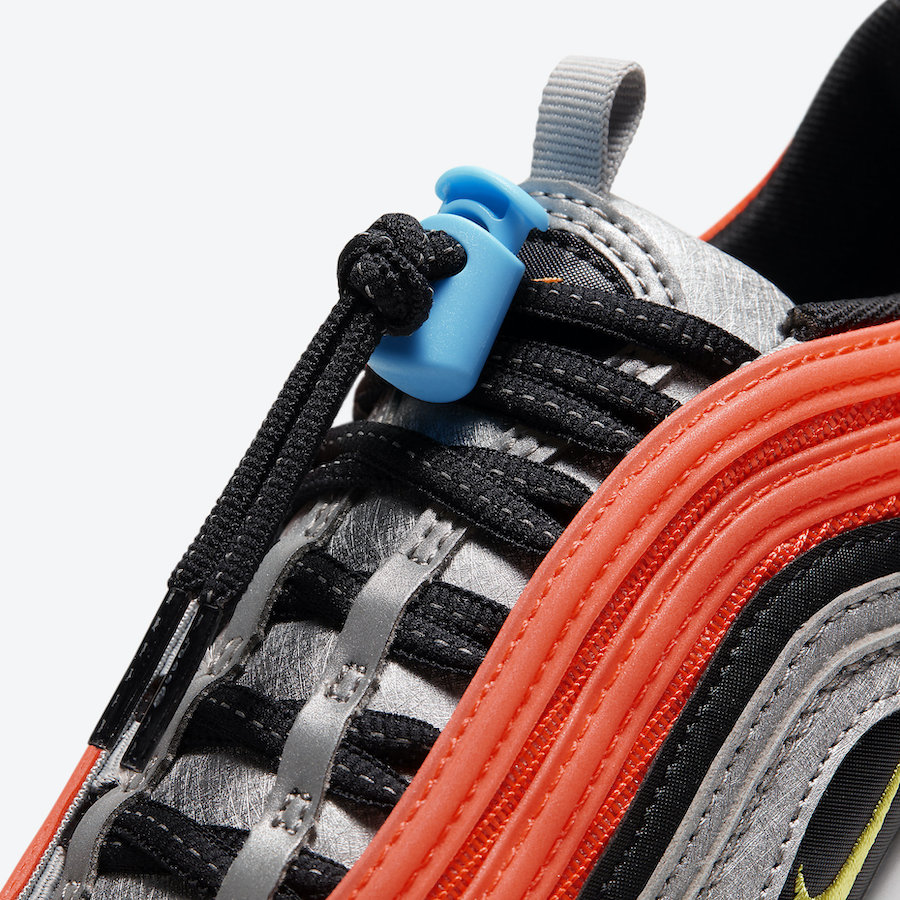 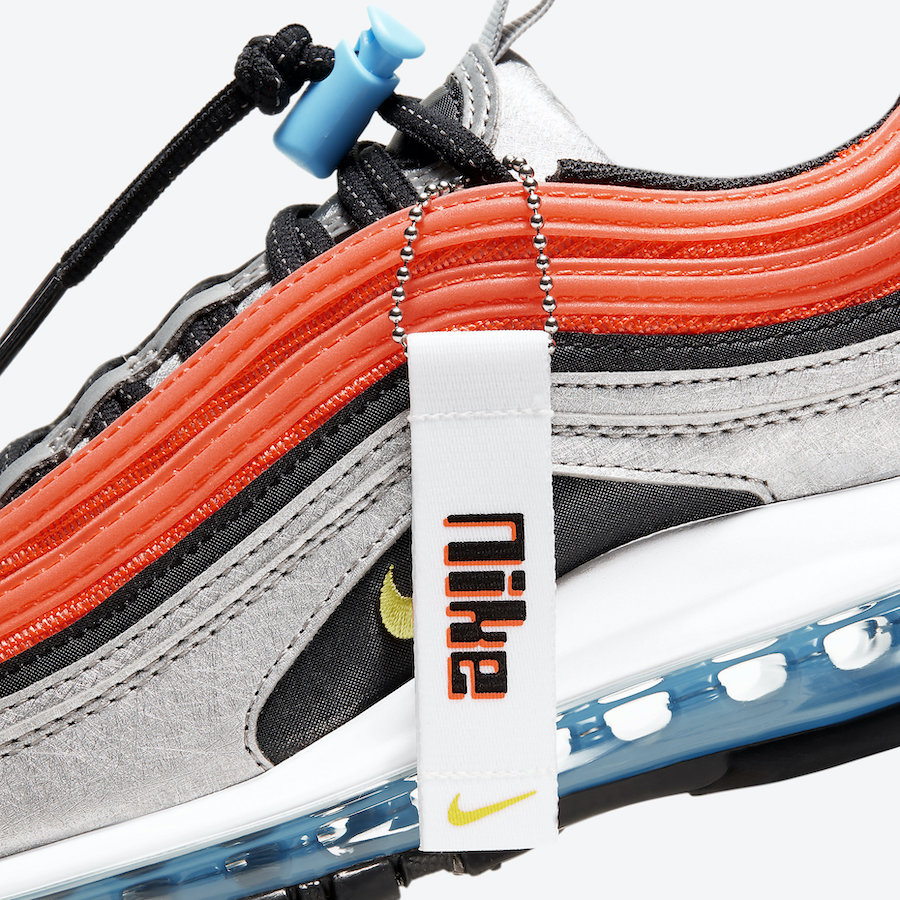 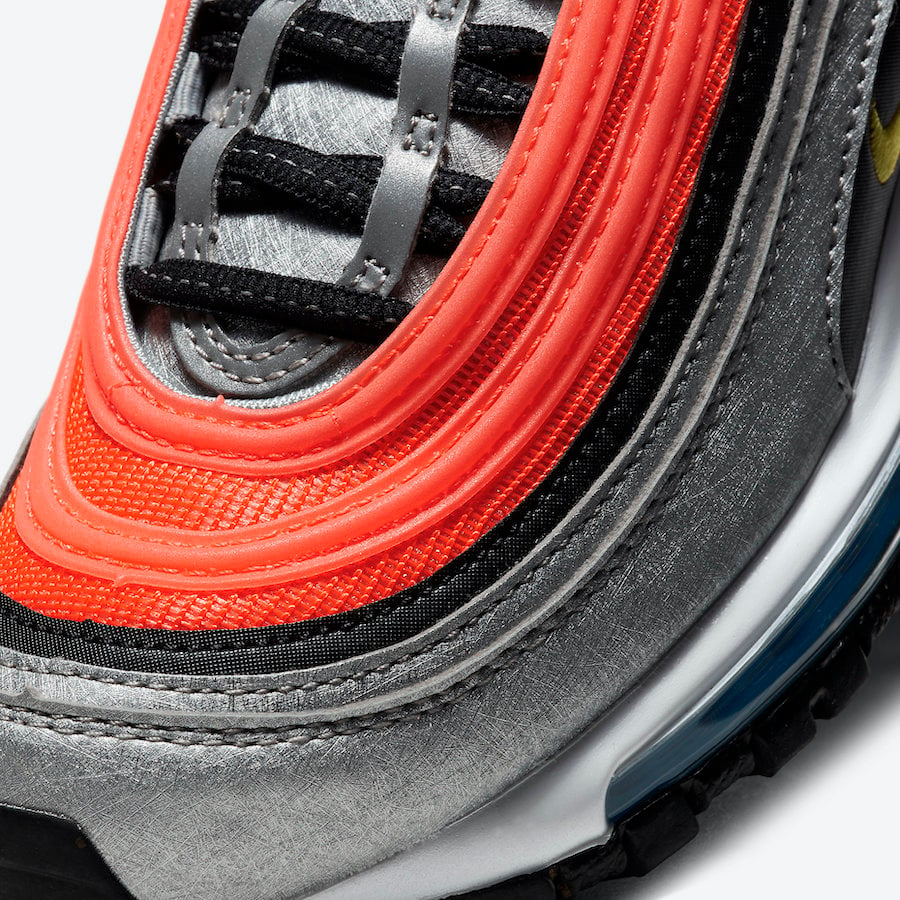 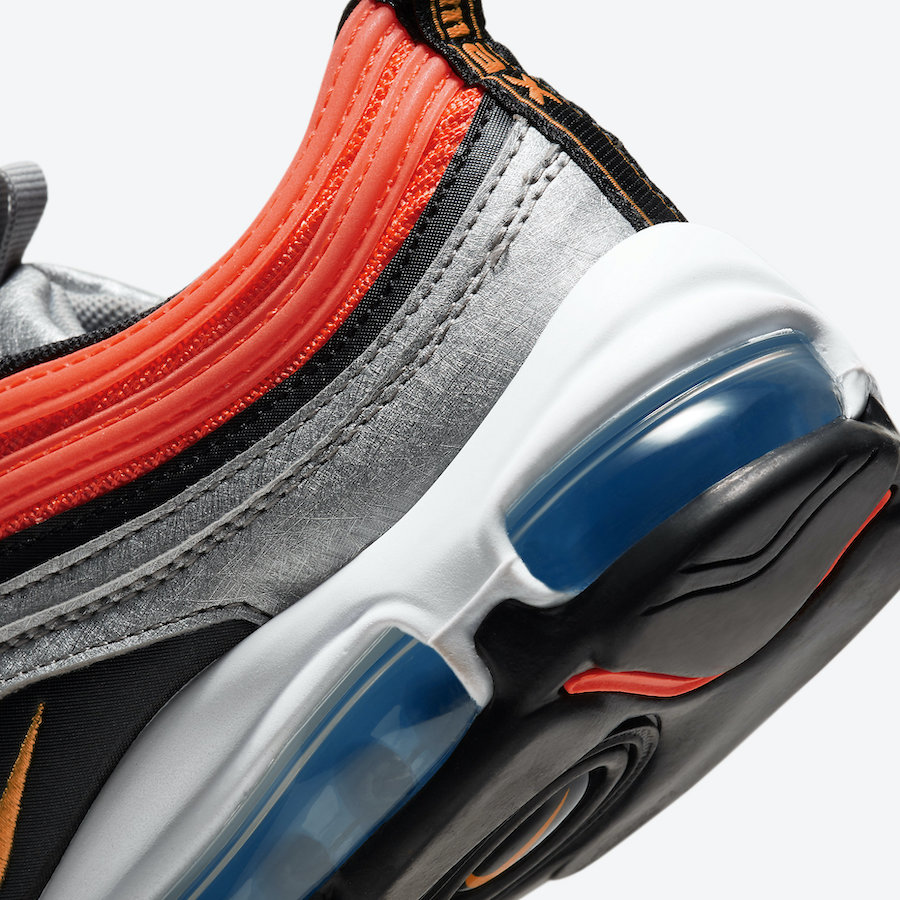