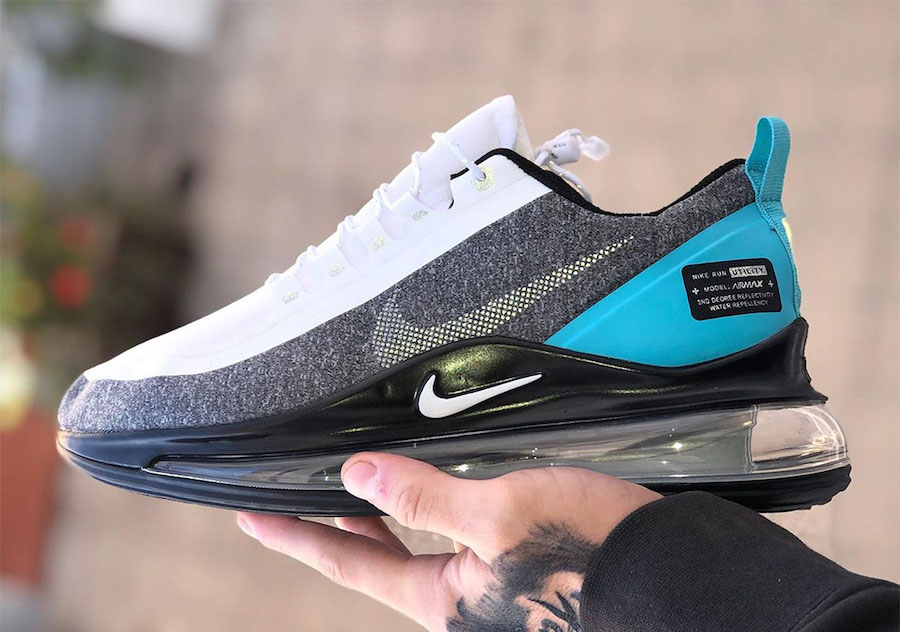 Nike Sportswear will soon release a new variation of the Air Max 720 which will be the Utility version.

So far we have a look at two colorways with one dressed in White and Black while Blue lands on the heel counter while the second features White and Silver. The two come with a ‘Utility’ patch on the lateral side by the heel while a textured material runs across the side. Completing the look is the Air Max 720 unit.

Additional photos of the Nike Air Max 720 Utility in both colorways can be seen below which will give you a closer look. Although a release date is not available, they are expected to arrive soon at select retailers including Nike.com. Make sure to check back for updates.