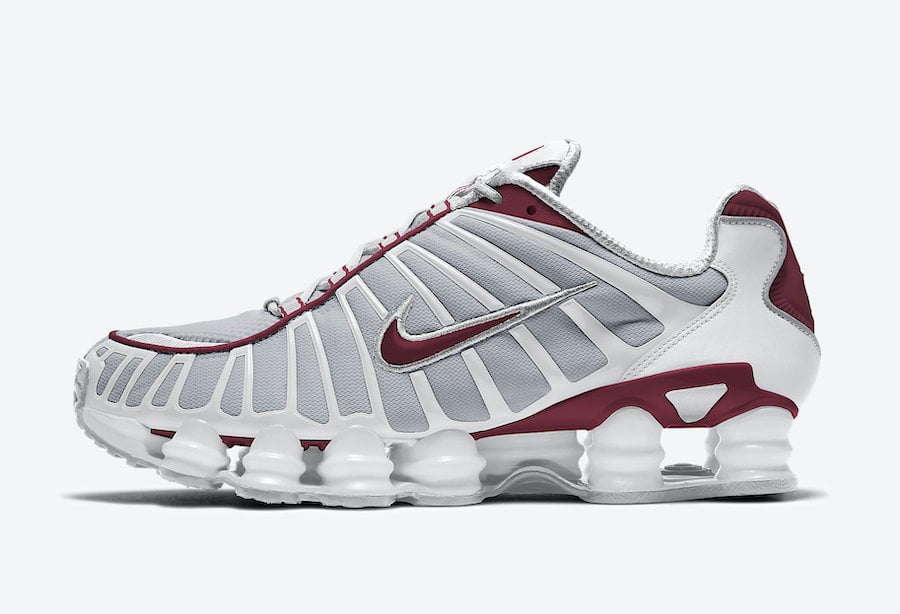 This Nike Shox comes with Grey mesh across the base while White lands on the plastic overlays, heels, across the Shox cushioning and rubber outsole. Sticking out the most is Maroon which hits the heel, top eyelet, accents the tongue and fills in the Swoosh which finishes the look.

Additional images of this Shox TL can be seen below which will provide you with a closer look. Although a release date is not available, they are expected to arrive soon at select retailers including Nike.com. Retail price is set at $170. 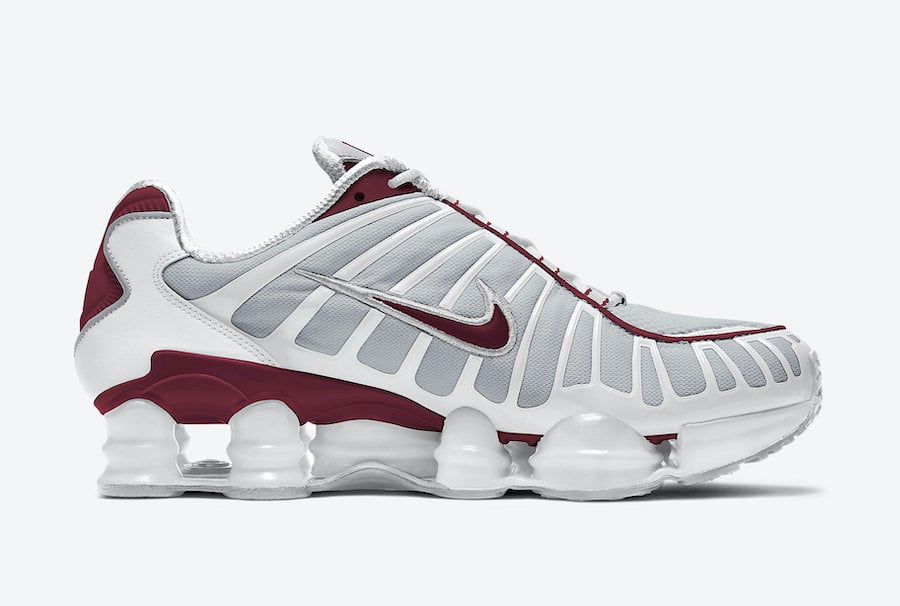 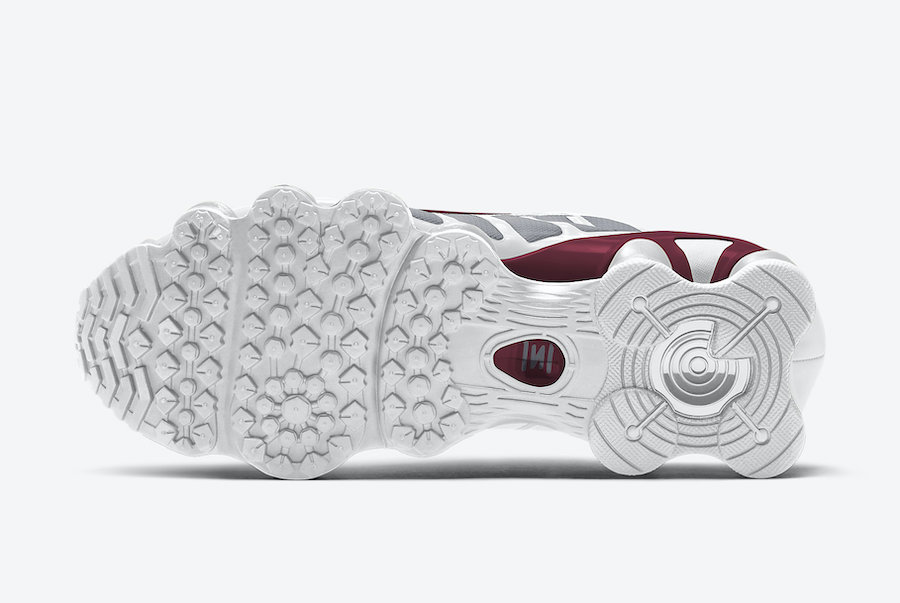