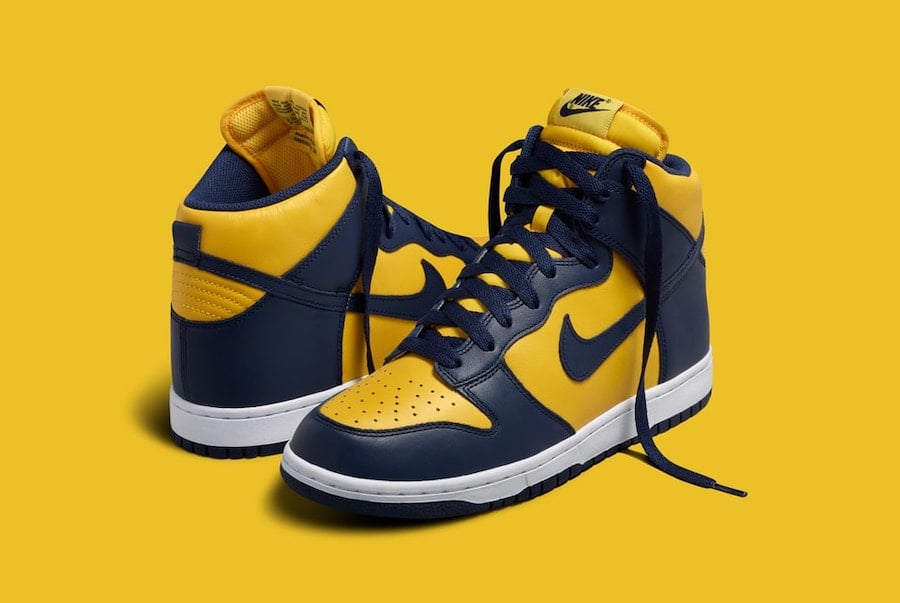 The Nike Dunk High ‘Michigan’ is making a return during Fall 2020 and this pair last released in 2016 part of Nike’s College Colors Program.

This Nike Dunk High comes dressed in a Varsity Maize and Midnight Navy color combination. Featuring the same color blocking as the original release, Maize Yellow runs across the base while Navy is applied to the overlays. Other details includes a White midsole and Navy rubber outsole.

You can expect the Nike Dunk High ‘Michigan’ to release at select retailers including Nike.com on September 26th. Retail price is set at $120. 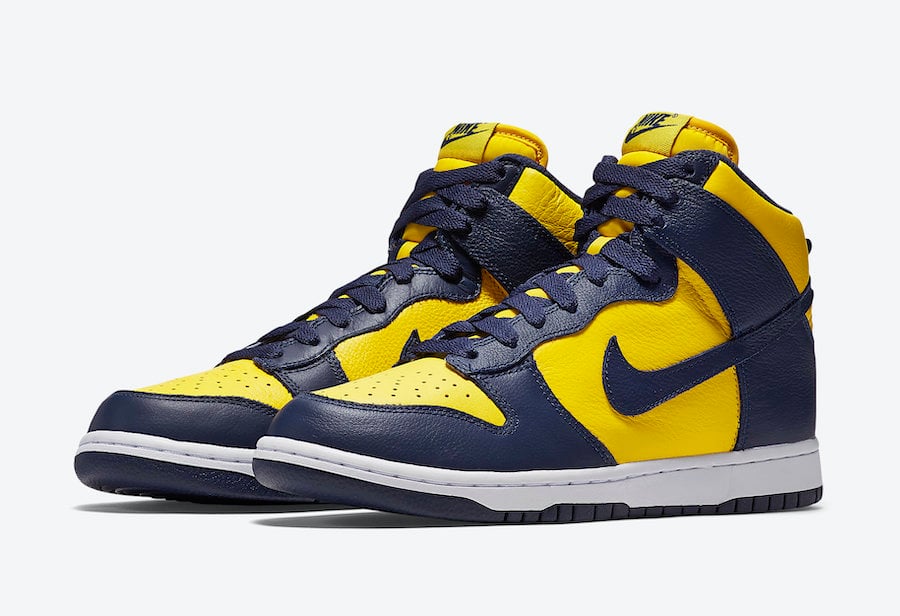 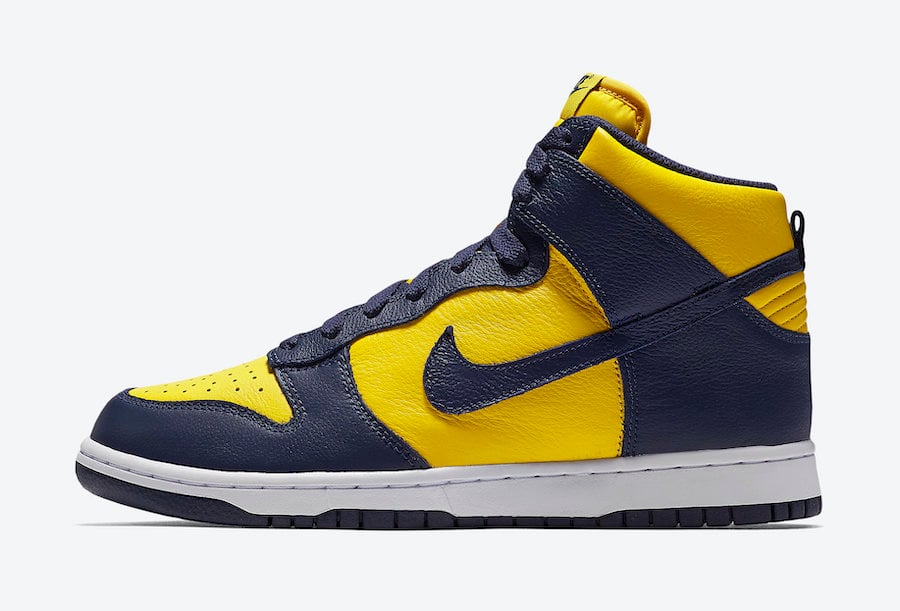 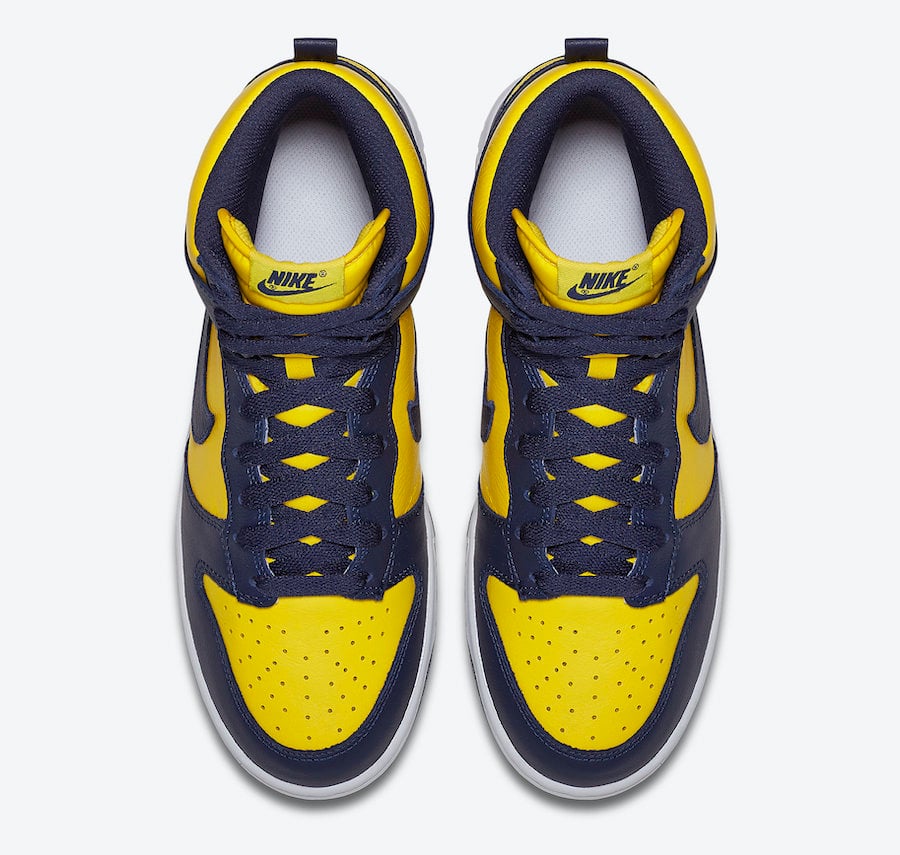 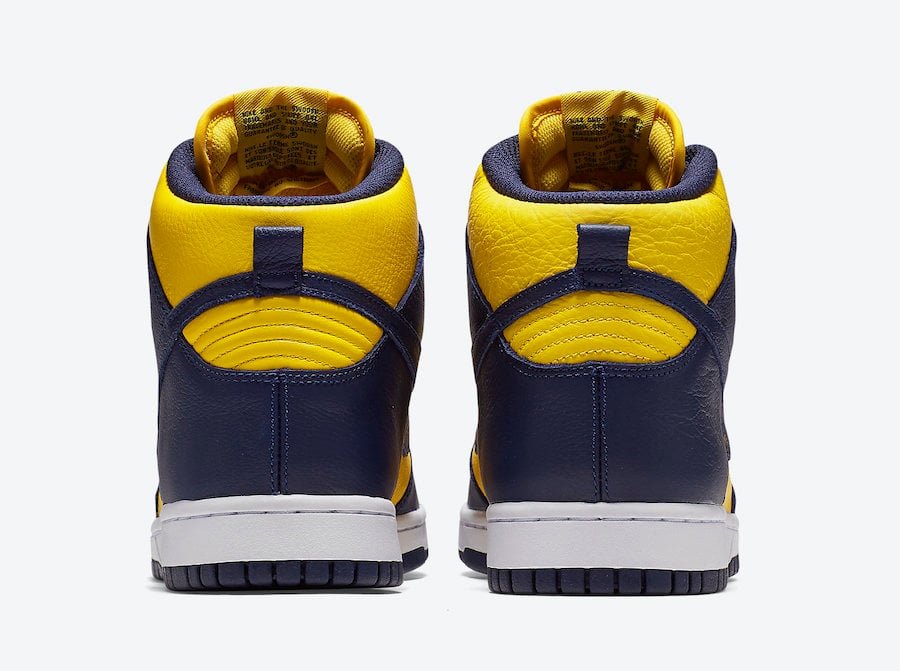