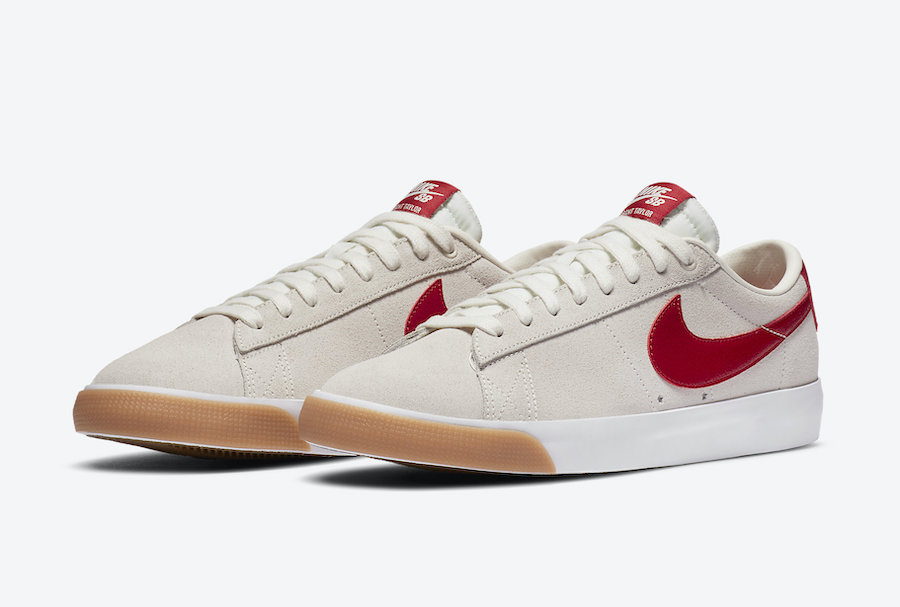 The Nike SB Blazer Low GT for Grant Taylor is releasing in a new clean colorway and is expected to launch during the warmer months.

Featuring a Sail, Cardinal Red, White and Gum Light Brown color combination. Highlighted with Sail suede across the upper while Red leather is applied to the Swoosh and heel overlay. Other details includes a White midsole and Gum rubber outsole.

Additional photos of the Nike SB Blazer Low GT ‘Cardinal Red’ can be seen below which will give you a closer look. You can expect this pair to release at select retailers including Nike.com soon. Retail price is set at $75. 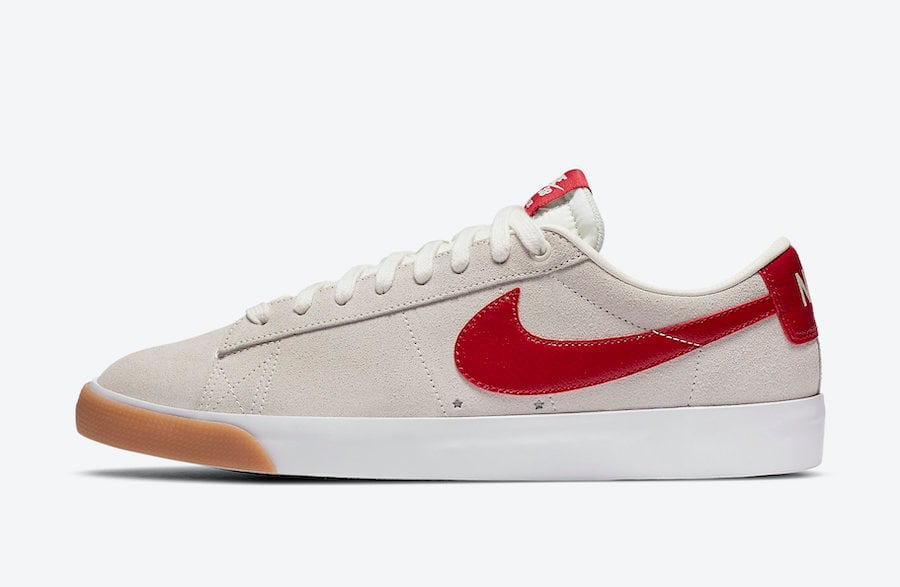 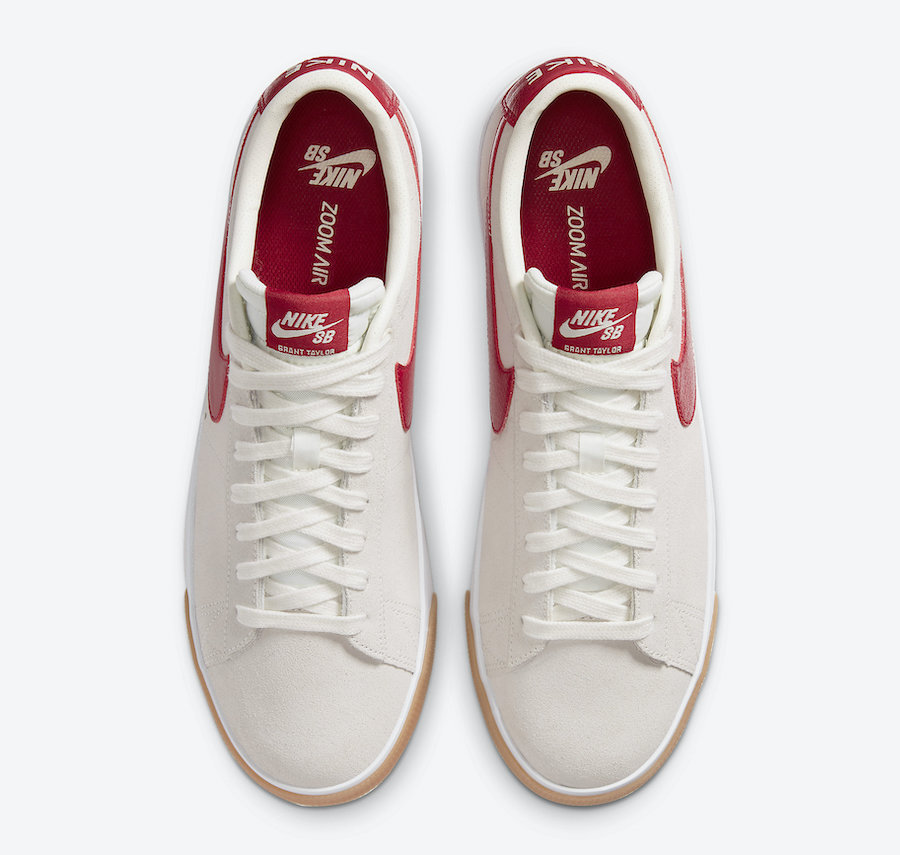 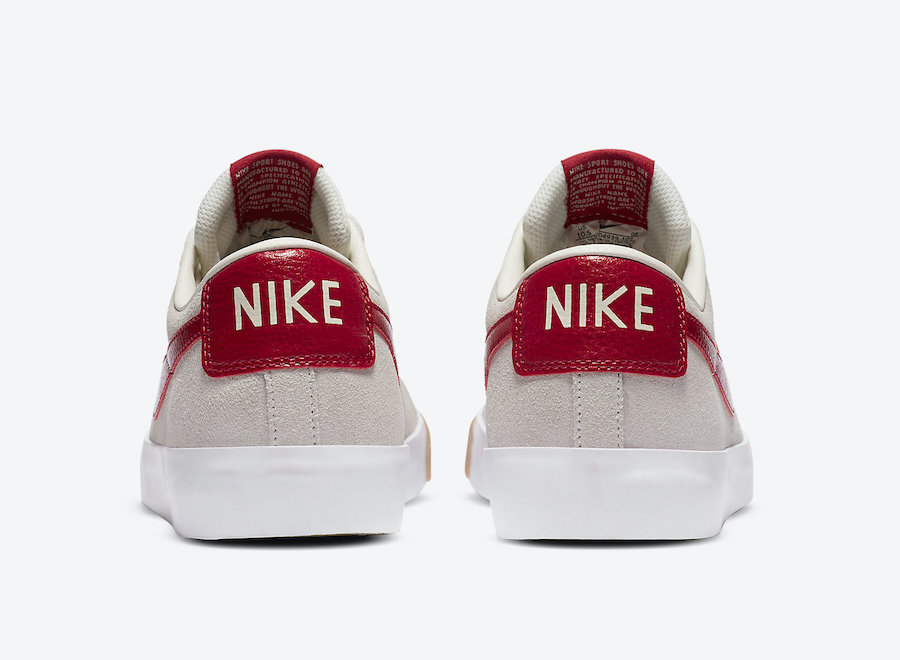