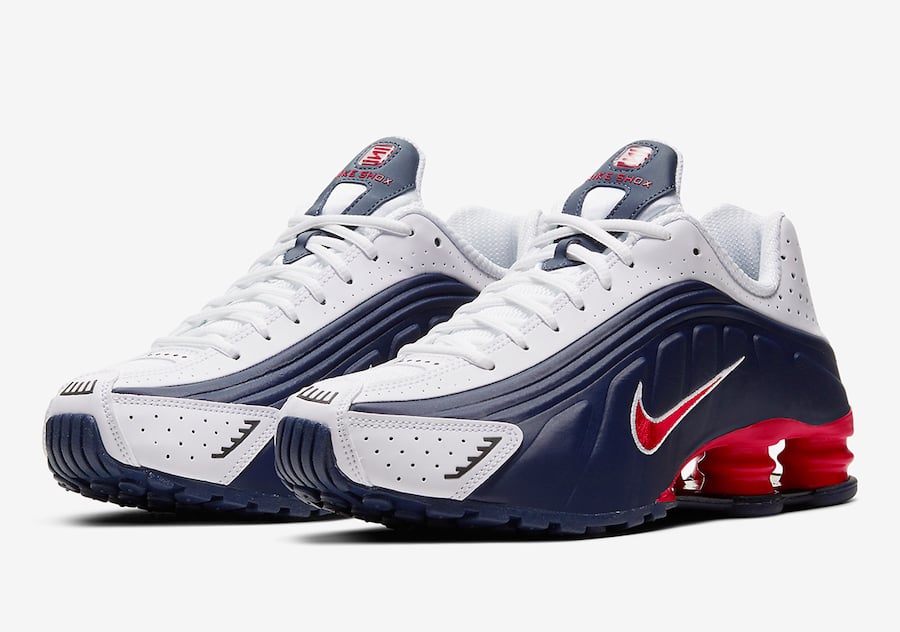 Nike is now starting to release a new ‘USA’ iteration of the Shox R4 which recently launched to celebrate the 4th of July and was planned for the 2020 Olympics, although postponed.

Going over this Nike Shox, they come dressed in a Midnight Navy, University Red and White color combination. Highlighted with White leather on the upper while Navy lands on the overlays across the panels and tongue. Following we have Red used on the Swoosh, tongue branding, hinted on the heel and placed on the Shox. Finishing the look is all three aforementioned colors on the outsole.

The Nike Shox R4 ‘USA’ is now starting to release at select retailers and soon will debut on Nike.com. Retail price is set at $140. Continue to scroll below to check out more images which will give you a closer look. 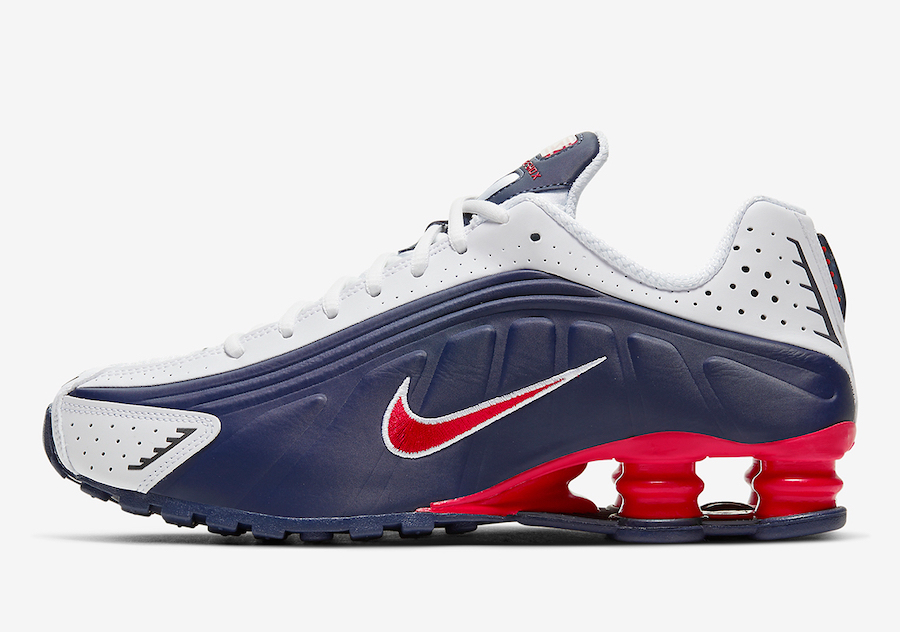 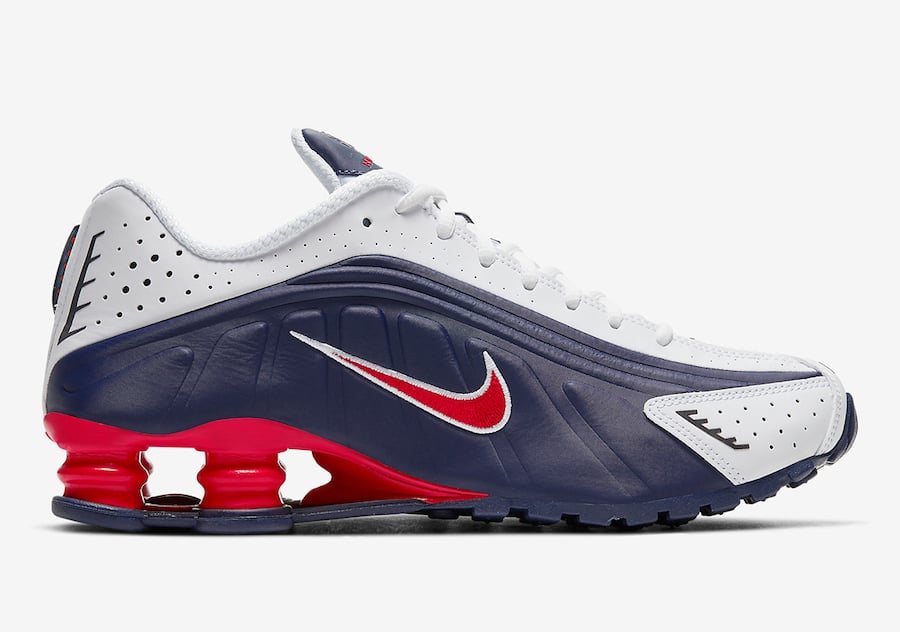 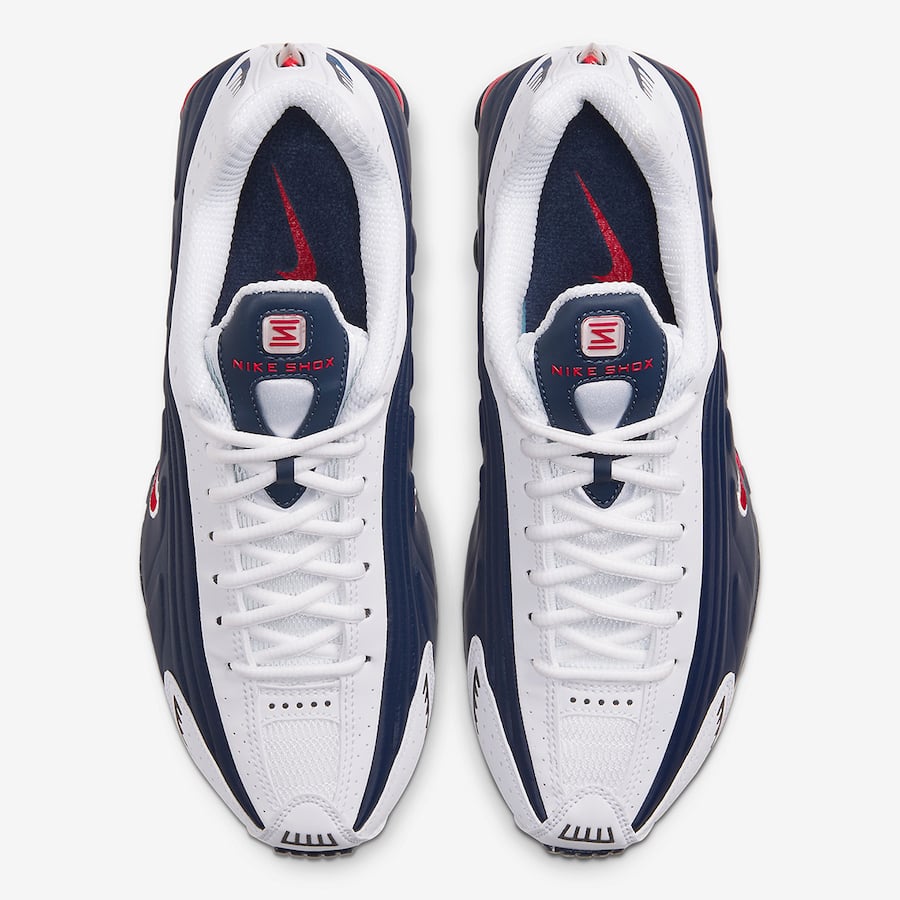 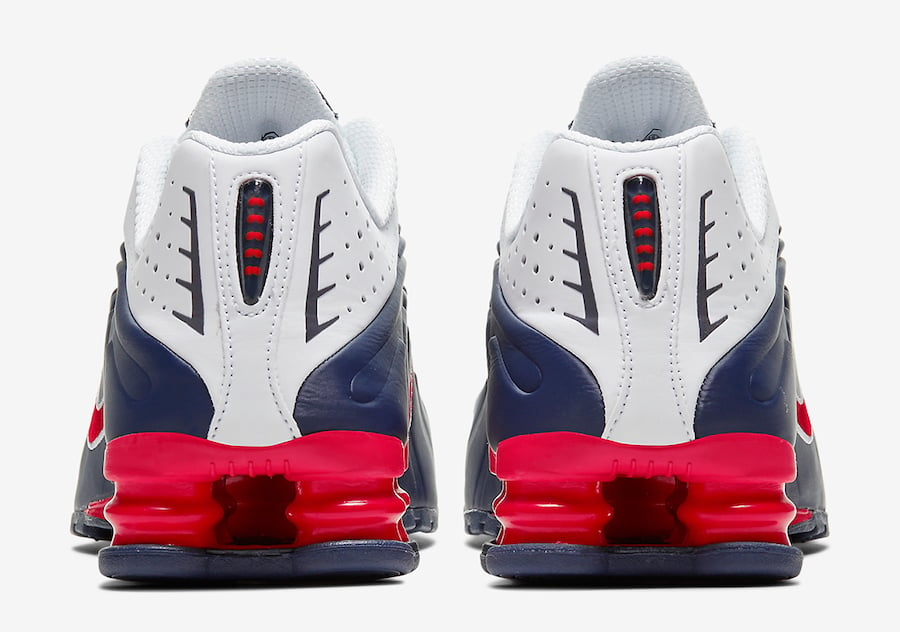 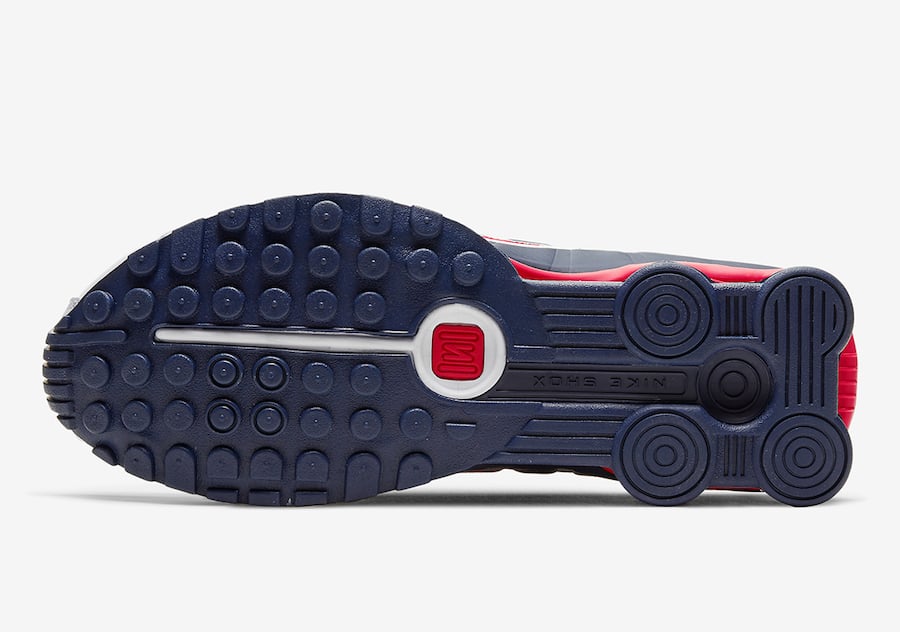