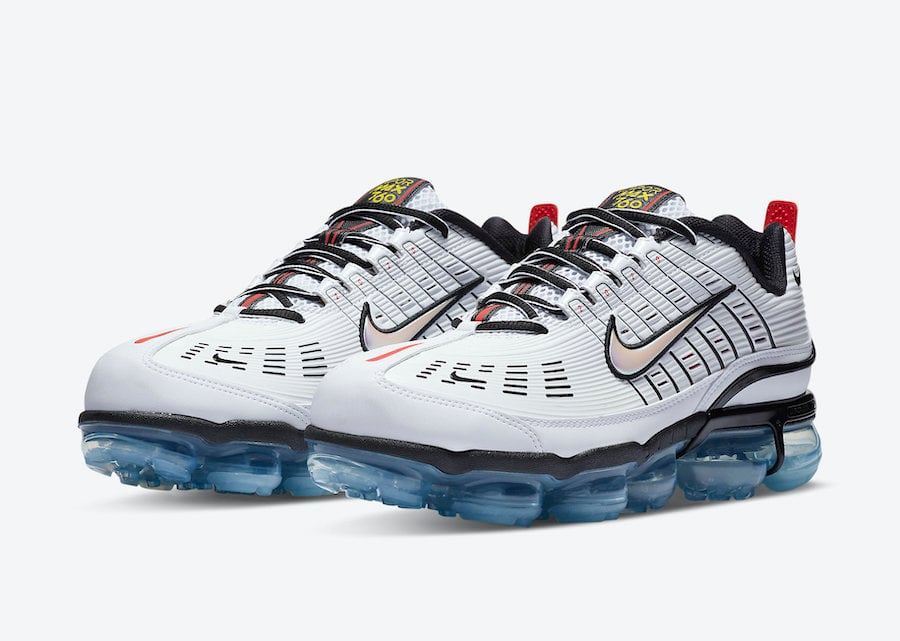 The Nike Air VaporMax 360 is back and will release in a brand new colorway this Summer.

Dressed in a White, Black and Speed Yellow color combination. Looking closer it features White on the base along with Black accents throughout. In addition we have a pearl-like Swoosh logo on the panels as well as Red and Yellow accents. Other highlights includes a Blue translucent VaporMax air unit and a translucent outsole.

Below you can check out more images of this Air VaporMax 360 which will give you a closer look. While a specific release date is not available, they are expected to arrive soon at select retailers including Nike.com. Retail price is set at $225. 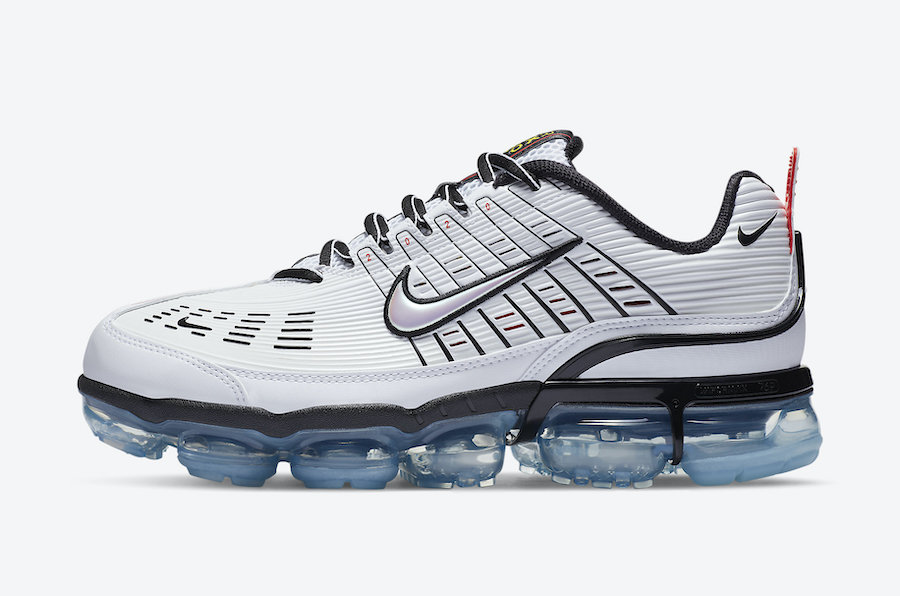 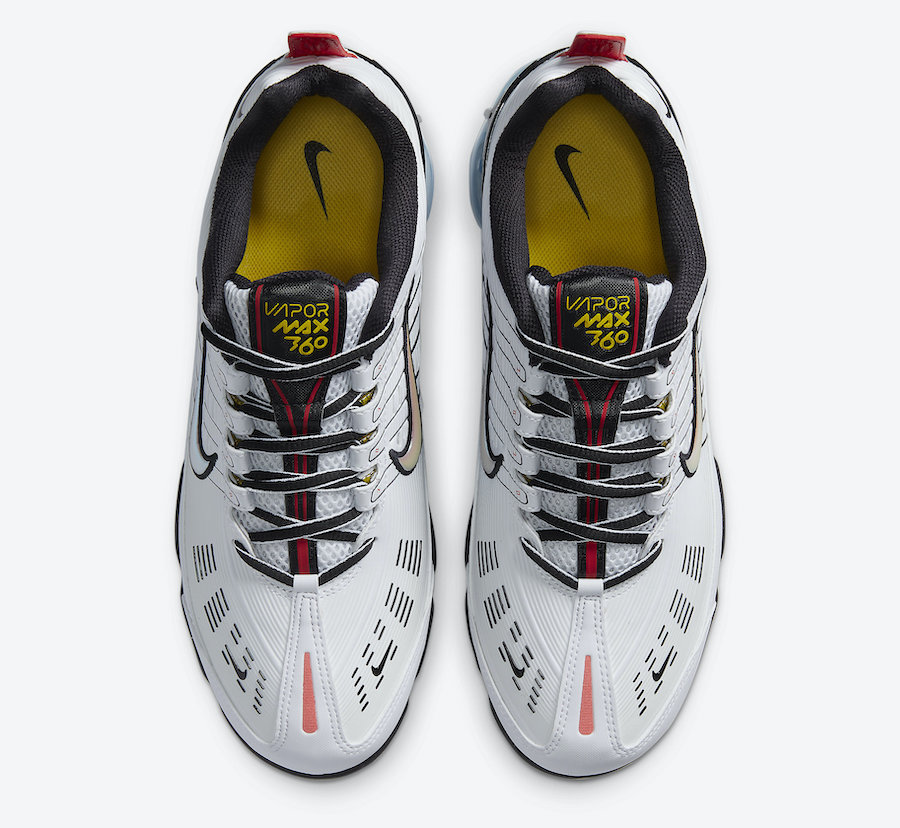 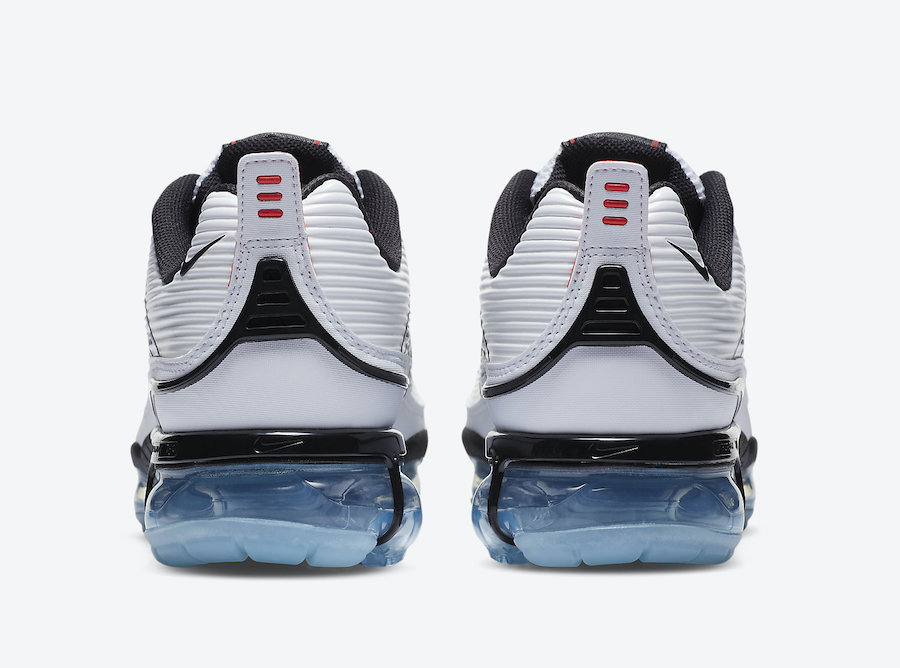