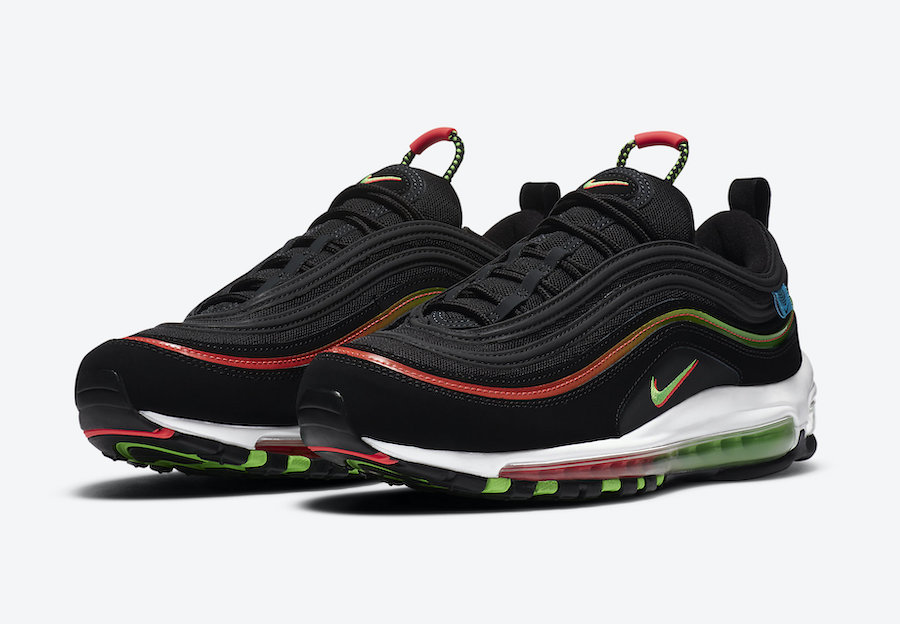 Releasing alongside the White pair, Nike is also dropping a Black iteration of the ‘Worldwide’ Air Max 97.

Looking closer this Nike Air Max 97 comes with Black across the upper while both Crimson and Green Strike accents are spread throughout. In addition Blue Fury lands on the tag which is located on the lateral side. Following we have ‘Worldwide’ text in Green on the heel and in White on the insoles. Other details includes White on the midsole and mostly Black on the rubber outsole.

Continue to scroll below to check out more images of this Nike Air Max 97 ‘Worldwide’ which will give you a closer look. You can expect this pair to arrive soon at select retailers including Nike.com. Retail price is set at $170. 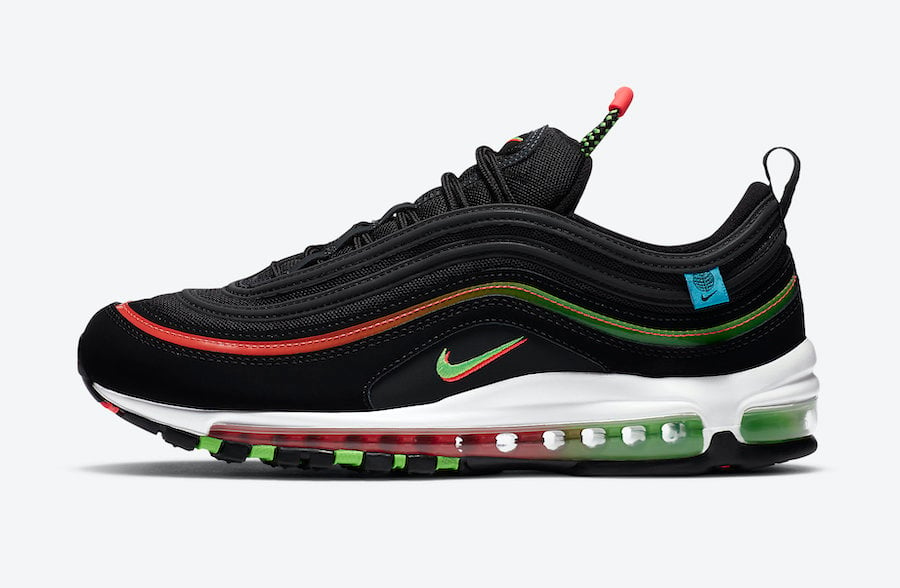 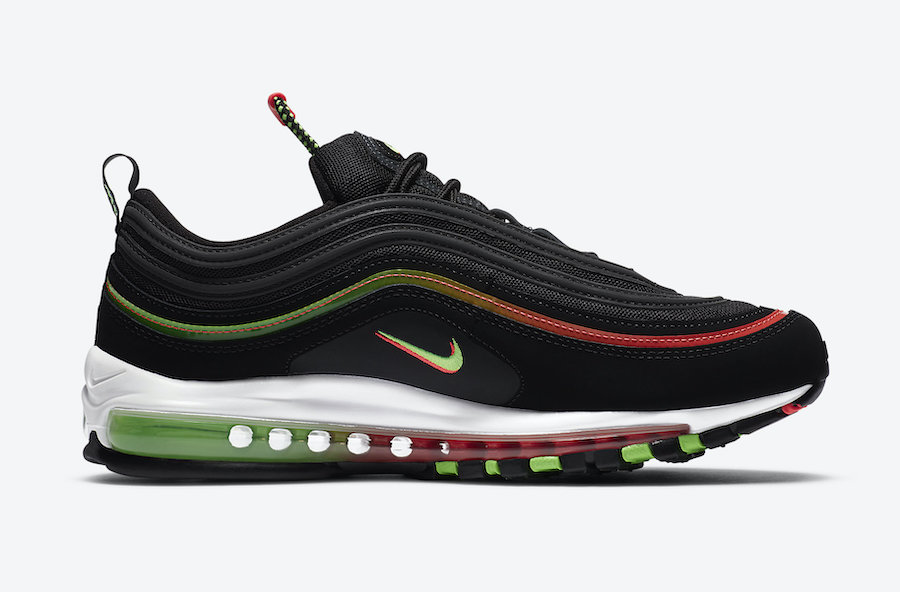 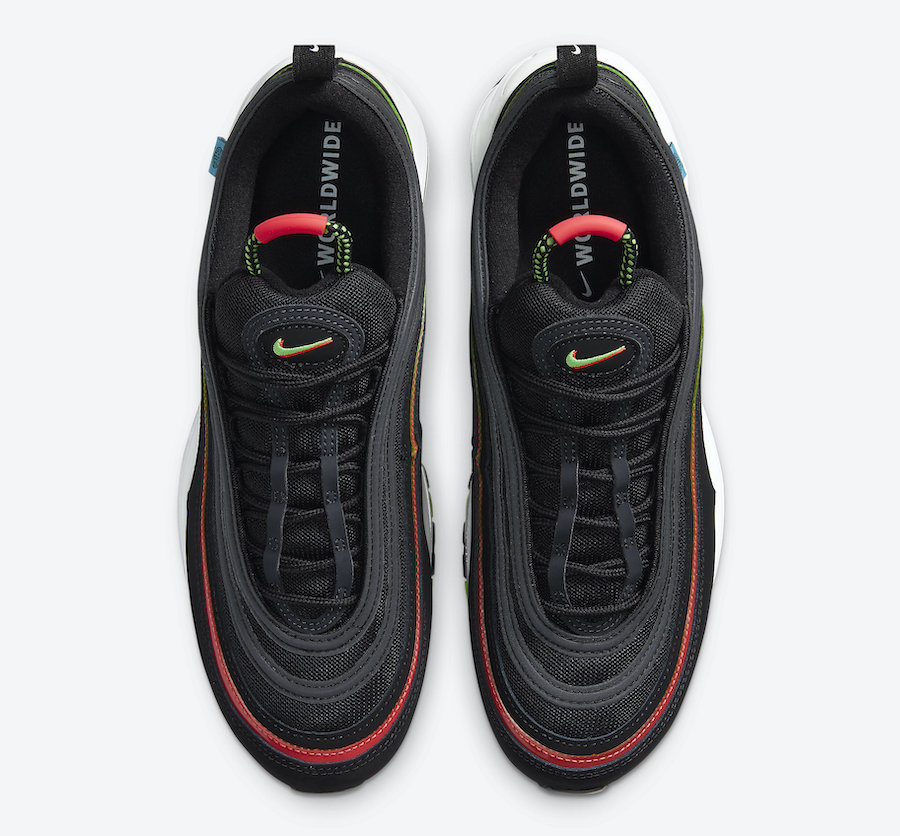 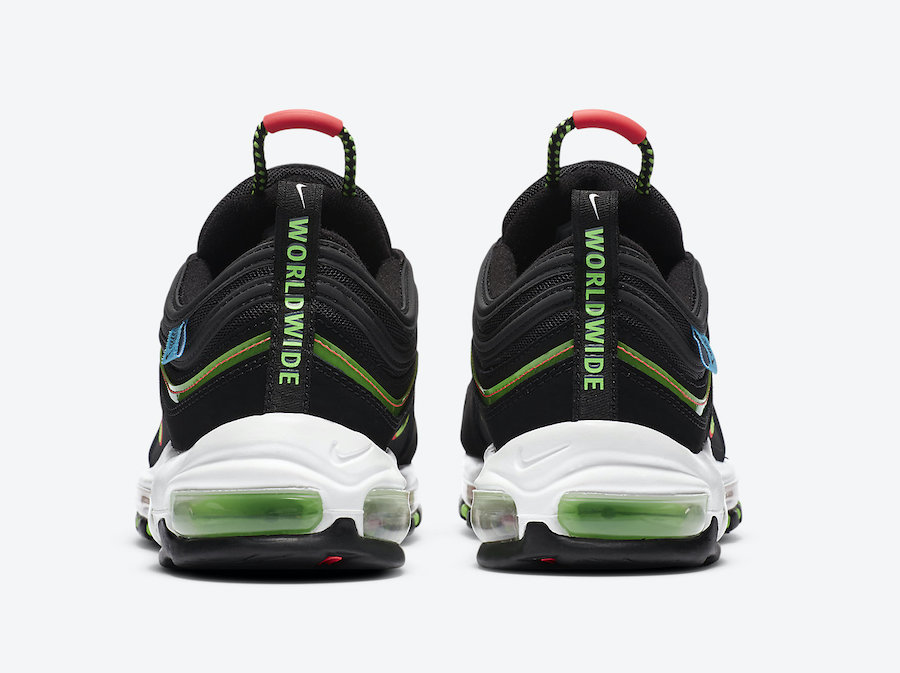 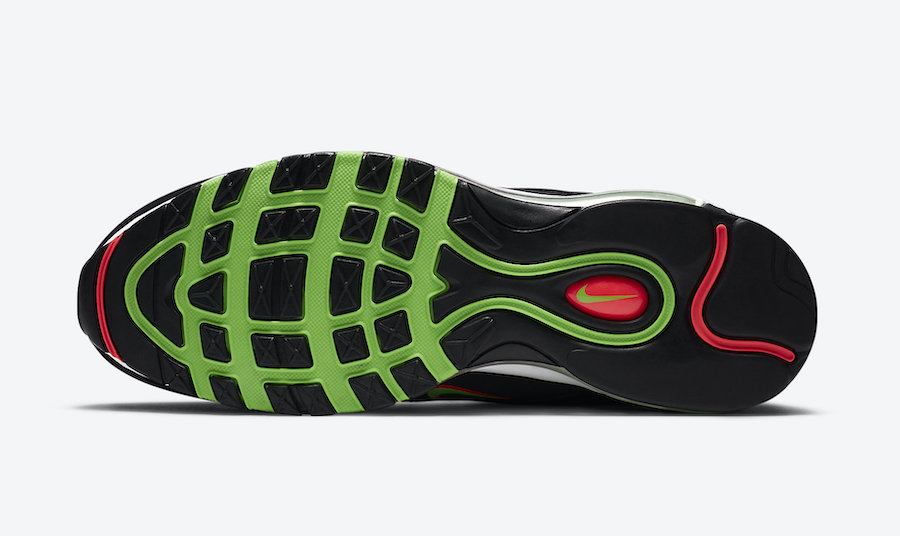 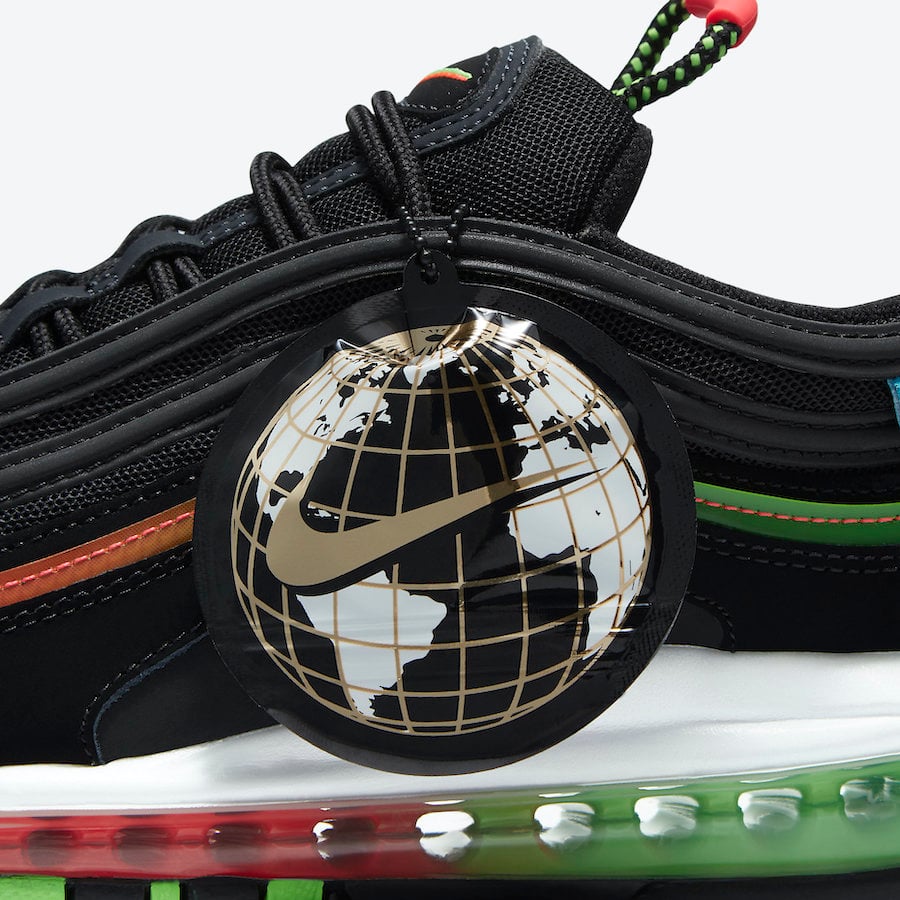 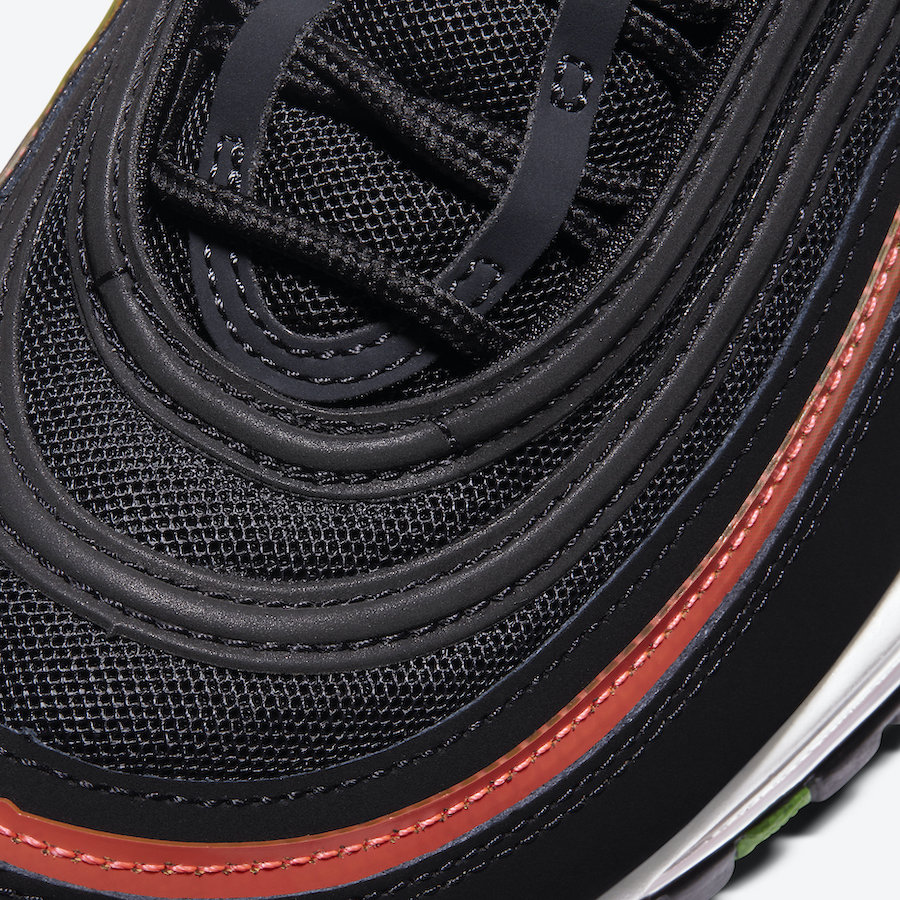 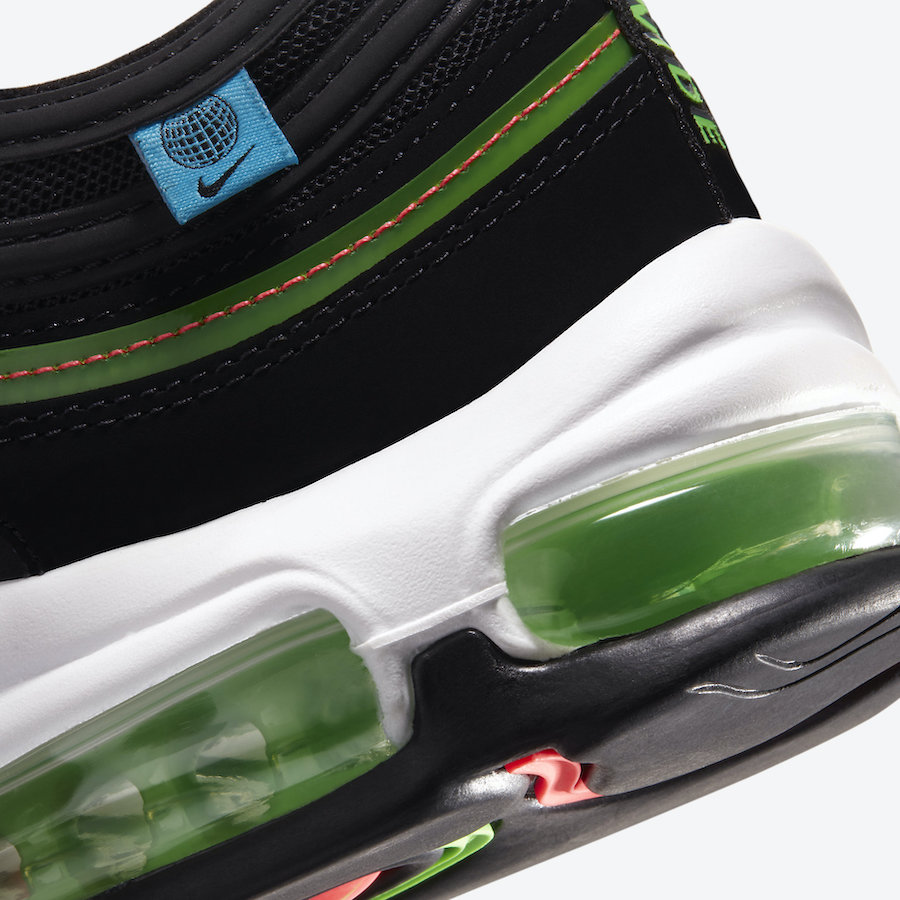