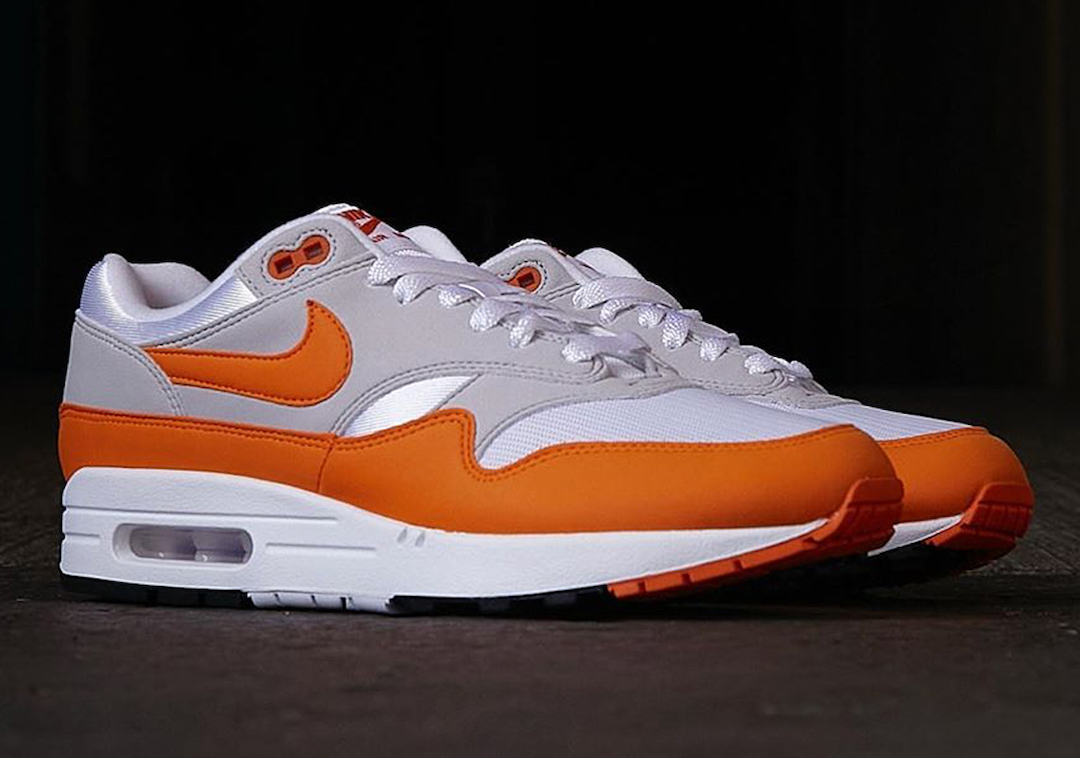 Nike is launching a few new color options of the Air Max 1 Anniversary and one of the upcoming releases comes highlighted in ‘Magma Orange’.

Looking closer this Nike Air Max 1 comes with White mesh on the base while Grey lands on the overlays on the forefoot, heel and sides. In addition Orange detailing is applied to the Swoosh, upper eyelets, tongue, mudguard and toe cap. Finishing the look is White on the midsole while both Black and White covers the rubber outsole.

You can expect the Nike Air Max 1 Anniversary ‘Magma Orange’ to release at select retailers including Nike.com this Fall. Retail price is set at $140. Below you can check out more images which will give you a closer look.