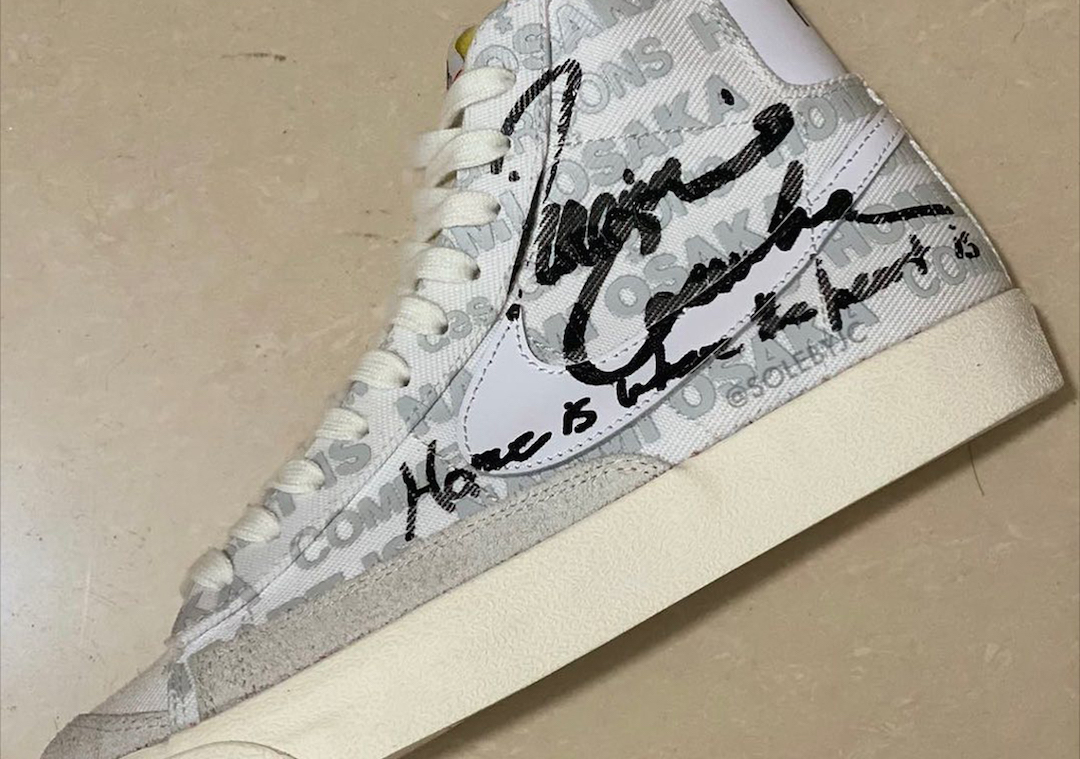 Naomi Osaka who is a two-time grand slam champion is connecting with Nike and Comme des Garçon to release her own Blazer Mid.

This Nike Blazer Mid comes dressed in a White, Pure Platinum, Sail and Black color combination. Looking closer it comes with White canvas across the upper while utilizing monogram print that reads ‘Comme des Garçon’ and ‘Naomi Osaka’. In addition we have the phrase ‘Home is Where the Heart Is’ on the lateral side which is a tribute to Osaka’s Japanese roots. Following we have White leather on the Swoosh logo and heel, her signature on the upper, suede on the overlays while Sail lands on the midsole and rubber outsole.

You can expect the Comme des Garcons x Naomi Osaka x Nike Blazer Mid to release at select retailers later this year. Once more information is available we will make sure to update.