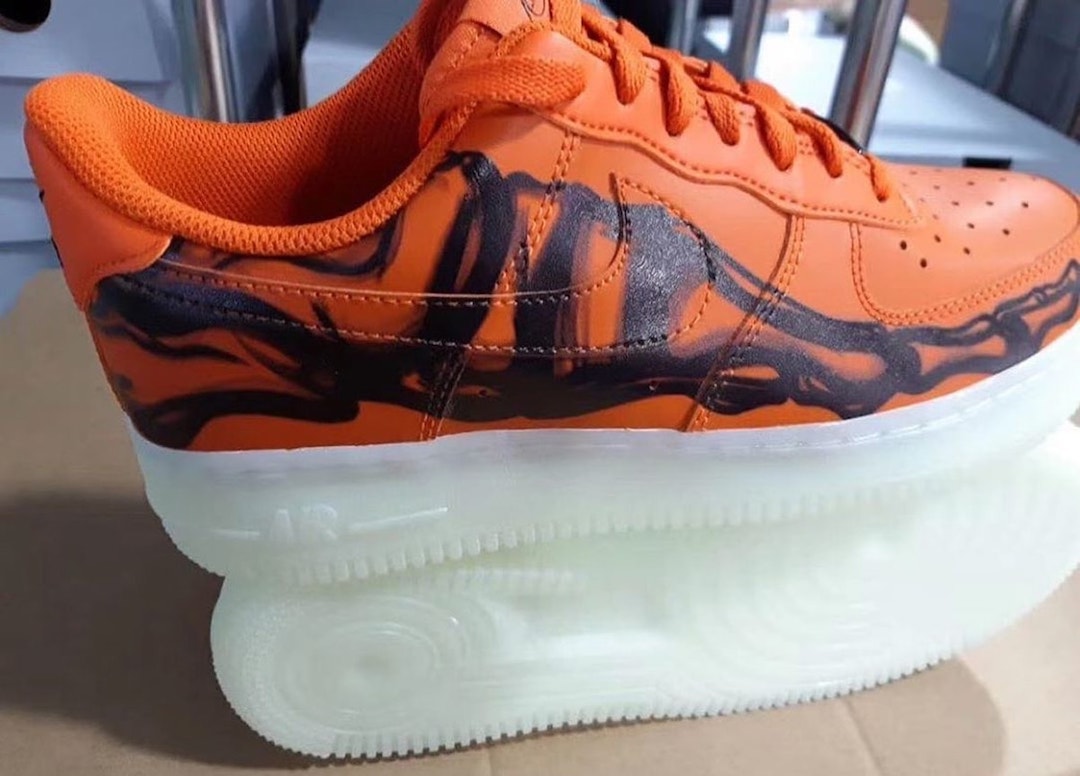 Nike is releasing another Air Force 1 Skeleton for Halloween which will feature an Orange and Black color scheme.

This Nike Air Force 1 Low comes dressed in a Brilliant Orange and Black color combination. Once again they feature the signature Skeleton x-ray print across the panels in Black while Orange leather runs across the base. Following we have a glow in the dark translucent outsole that finishes the look.

You can expect the Nike Air Force 1 Skeleton ‘Brilliant Orange’ to release at select retailers including Nike.com during October 2020. Retail price is set at $130. As soon as more information is available we will make sure to update.

Update (7/27): First look at the ‘Orange Skeleton’ Nike Air Force 1 which will release for Halloween.