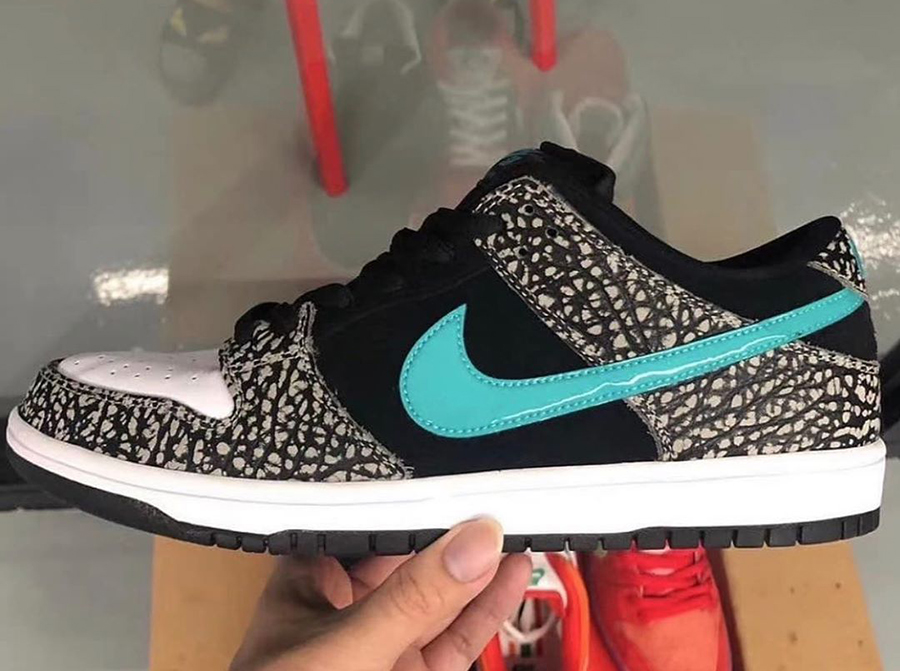 Nike Skateboarding is releasing an ‘Elephant’ SB Dunk Low which is inspired by atmos’ Air Max 1.

This Nike SB Dunk Low features Black on the panels and ankle while White lands on the toe. In addition we have Cement Grey elephant print that lands on the overlays, ankle and on the heel. Other details includes Teal on the Swoosh logos and tongue branding while a White midsole and Black rubber outsole completes the look.

You can expect the Nike SB Dunk Low ‘Elephant’ to release at select skate shops including Nike.com during November. Once more information is available we will make sure to update.

Shown is a photoshop rendering by Crepe City of what the ‘Elephant’ Nike SB Dunk Low could look like.