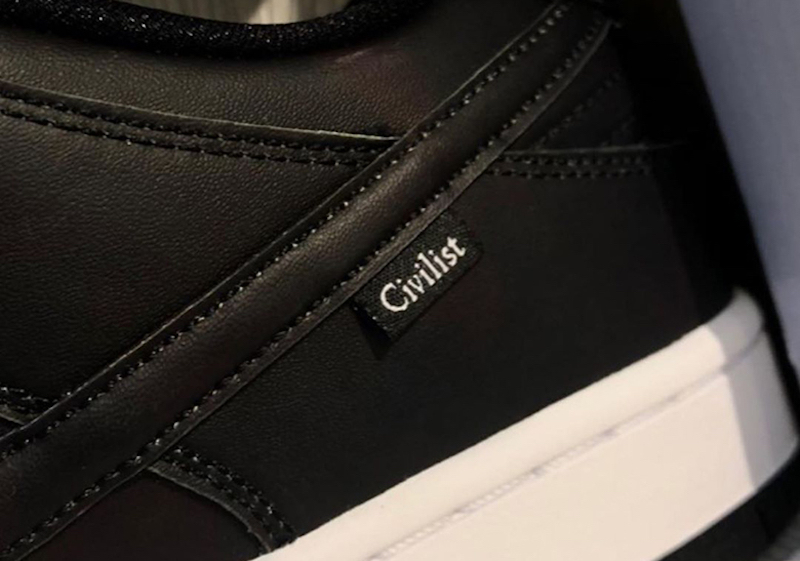 Skate shop Civilist which is in Berlin is connecting with Nike SB to release a new collaboration which will be on the SB Dunk Low.

Looking closer at Civilist’s Nike SB Dunk Low, it features White leather on the toe and Swoosh across the panels while Black is applied to the suede panels, mesh tongue, laces and collar. In addition we have a cement like print that is applied to the overlays and heel. Other details includes a White midsole, Black rubber outsole and branding on the insoles along with a smiley face logo.

You can expect the Civilist x Nike SB Dunk Low to release at select skate shops including Nike.com later this year. Once more information we will make sure to update. Below you can check out a few more images which will give you a closer look.

Update (8/10): Recently we saw a first look at the Civilist x Nike SB Dunk Low which features elephant print throughout however there is another Civilist SB Dunk Low that just leaked. This pair will feature Black leather across the upper while White lands on the branding. In addition we have a label with Civilist branding while a White midsole and Black rubber outsole completes the look. 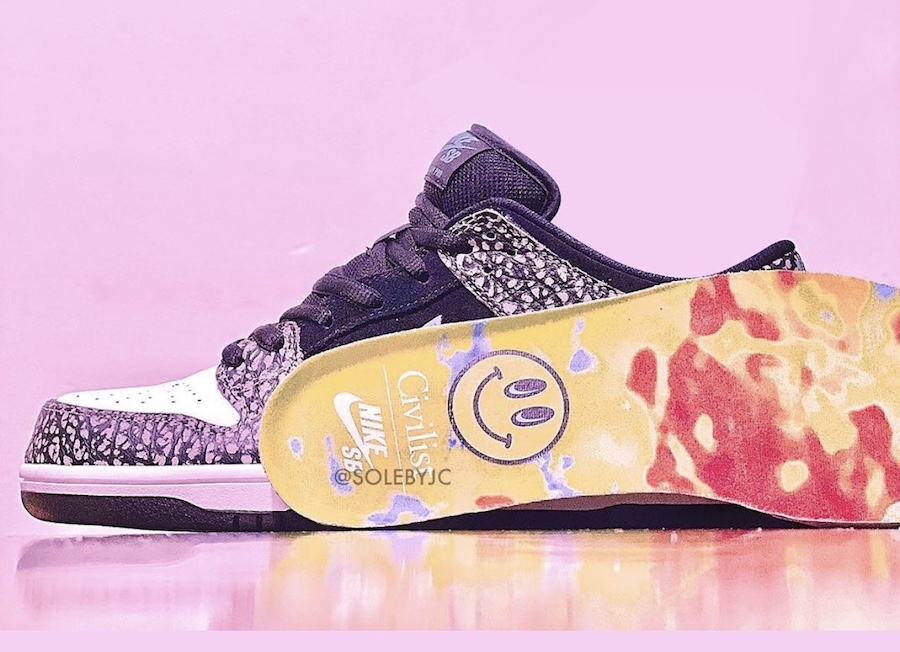