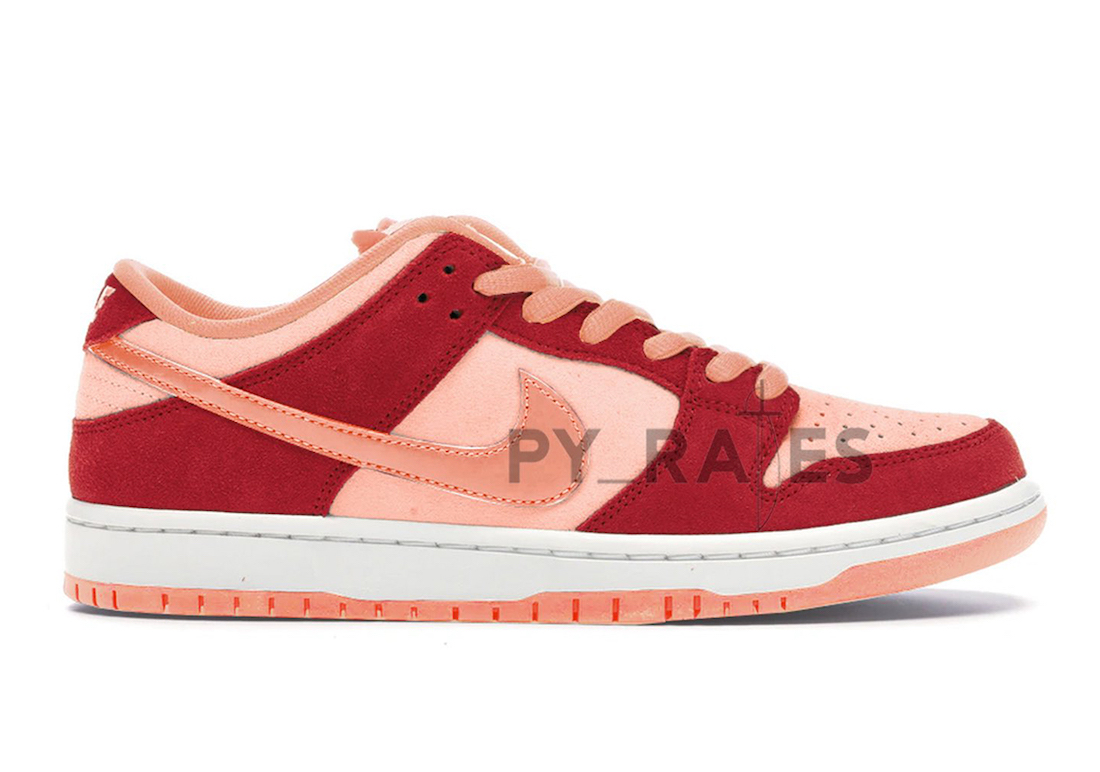 The Nike SB Dunk Low ‘Atomic Pink’ is a new colorway that is expected to launch during the early part of 2021.

This Nike SB Dunk Low comes dressed in an Atomic Pink and University Red color combination. Currently images have yet to leak, however this Valentine’s like theme will feature Pink across the upper while Red lands on the overlays. In addition we have leather used across the Swoosh logos, White on the midsole and a Pink rubber outsole.

You can expect the Nike SB Dunk Low ‘Atomic Pink’ to release at select retailers including Nike.com during Spring 2021. Once more information is available we will make sure to update.

Image used is a photoshop by py_rates showing what this Nike SB Dunk Low could look like.