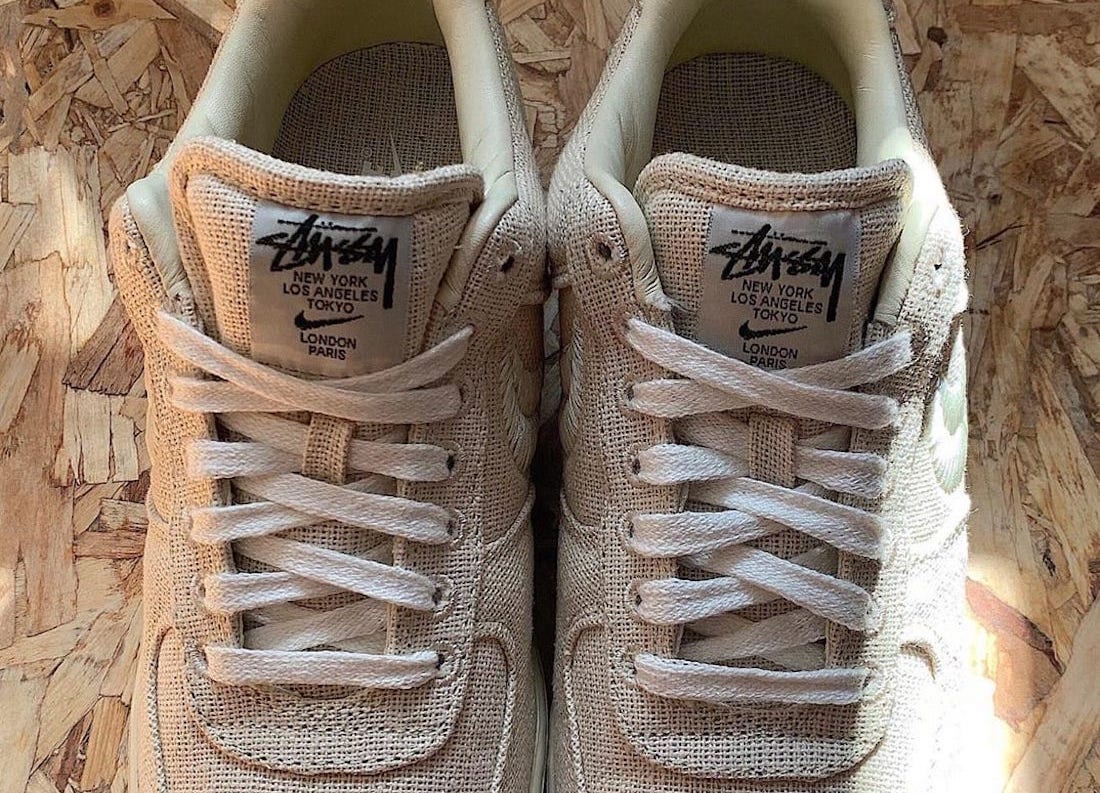 Nike Sportswear and Stussy is connecting once again to release a new collaboration on the Nike Air Force 1 that will launch during the Holiday season.

Two color options of the Stussy x Nike Air Force 1 Low will release with one dressed in Black and the other comes in Fossil Stone. Both will come with dual branding on the tongue tags along with embroidered Swooshes on the toe box.

You can expect the two Stussy x Nike Air Force 1 Low color options to release at select retailers including Nike.com during the Holiday season. Retail price is set at $130. As soon as more information is available we will make sure to update.

Update (8/27): We now have a first look at the Stussy x Nike Air Force 1 Low in ’Fossil Stone’. The pair features hemp across the upper along with embroidered Swoosh on the toe box and co-branding on the tongue label. At the time of writing, a release date has yet to be announced. Images via earlygvng. 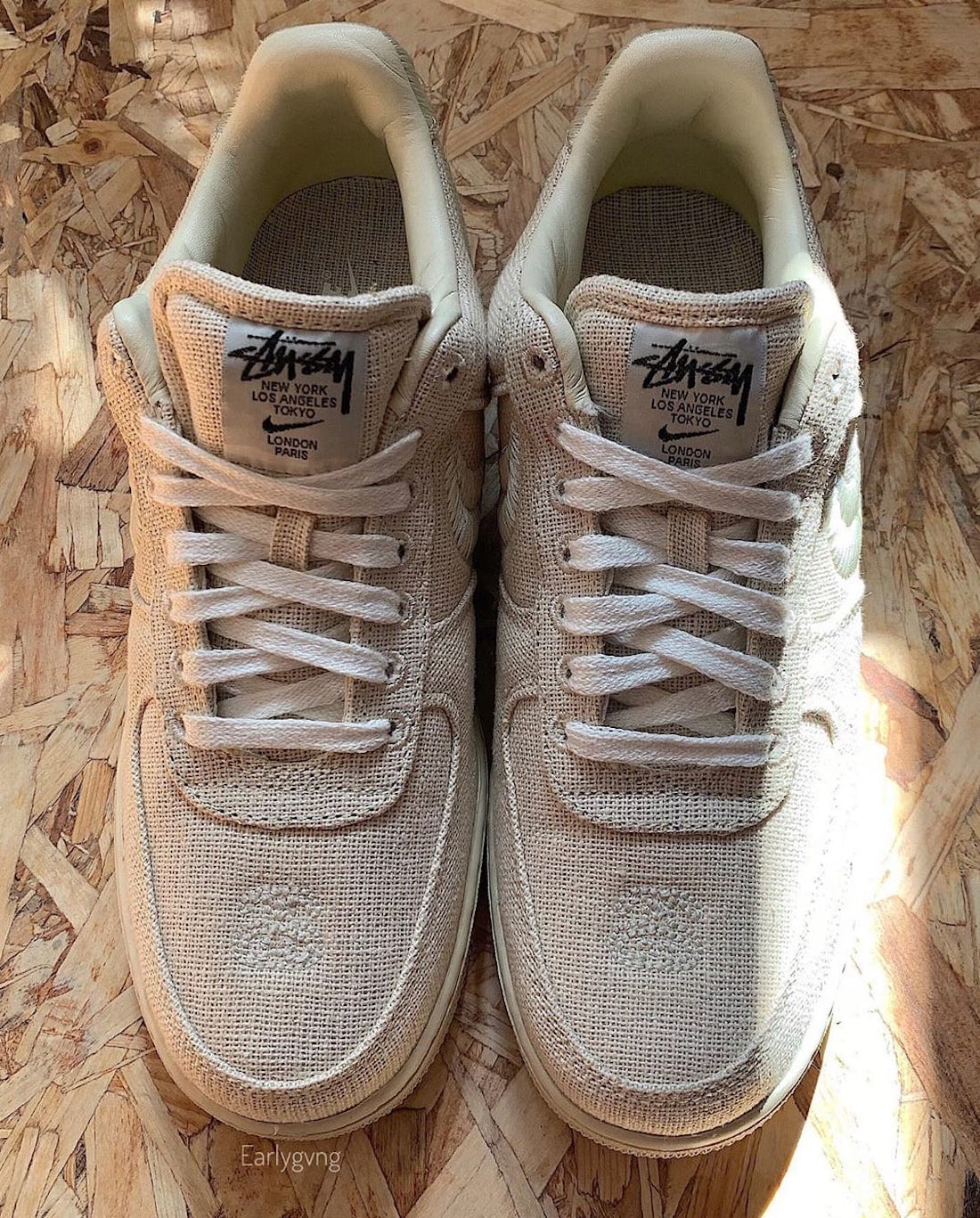