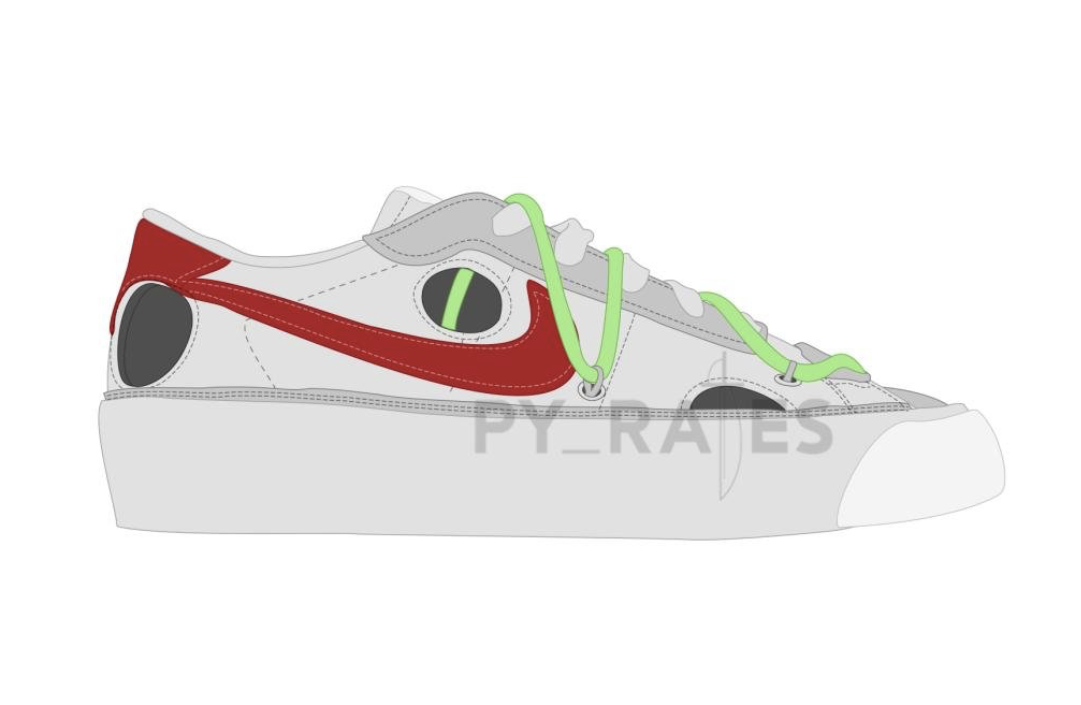 During 2021 Virgil Abloh and Nike will further their collaborations and one of the models the two will be working on is the Blazer Low.

This Off-White Blazer Low will come dressed in a Black and Green color combination. Currently images have yet to leak, however they are expected to feature Black and White leather throughout the upper while the lace cables and holes could be placed on the upper. Following is Green on the laces and they are also expected to feature the traditional Off-White branding and text.

You can expect the Off-White x Nike Blazer Low to release at select retailers including Nike.com during Summer 2021. Once more information is available we will make sure to update.

Update (9/1): Another Off-White x Nike Blazer Low will release during Summer 2021 which will come dressed in White and University Red according to py_rates.

Image used is a photoshop by py_rates which showcases what the Off-White Blazer Low could look like.