on September 7, 2020 in Uncategorized 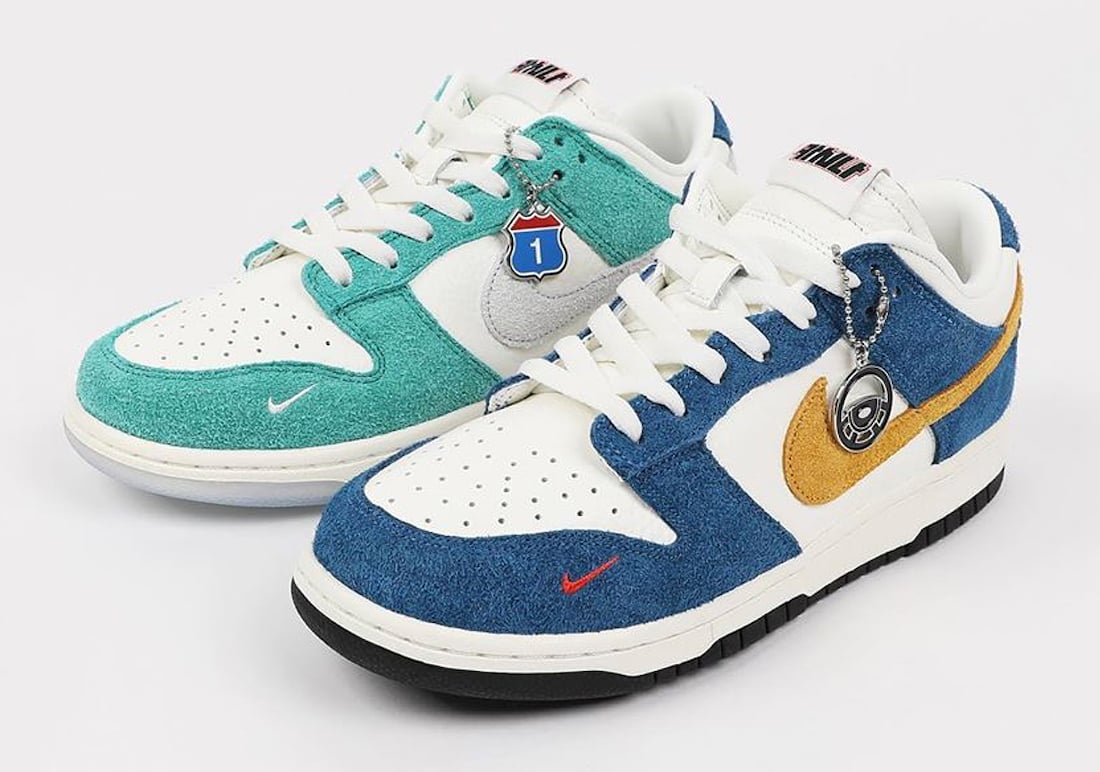 Nike Sportswear will be teaming up with Korean streetwear label Kasina and will release three color options of the Dunk Low during Fall 2020.

One pair will come dressed in a Sail, University Gold and Industrial Blue color theme while the second features a Sail, White, Neptune Green and Industrial Blue theme. Leaked a bit later is a third colorway which will come dressed in Pearl White, University Gold and Melon Tint. Both Nike Dunk Low color options comes with a mixture of leather and suede along with branding on the tongue labels and embroidery. Finishing the two is Sail on the midsole while rubber and a translucent outsole finishes the two.

You can expect the Kasina x Nike Dunk Low color options to start releasing at select retailers including Nike.com during September. Retail price is set at $120 each. Once more information is available we will make sure to update.

Update (9/6): Nike has unveiled the Kasina Dunk Low collaboration. The ‘Neptune Green’ will release on September 18th exclusively at Kasina while the ‘Industrial Blue’ pair will be available on September 25th at Kasina and Nike SNKRS in Asia.

Founded in 1997 by former pro skateboarder EunHyuk Lee, Kasina is renowned as a catalyst for street fashion in South Korea. Collaborating with Nike on the Dunk, Kasina relays its story — from humble beginnings in Busan, South Korea’s second-largest city, to opening multiple doors in the country’s capital megalopolis, Seoul.

The two colorways of the Dunk Kasina both reference travel through Korea. The Neptune green colorway explicitly pulls from the signage that lines the Gyeongbu Expressway, the main highway between Busan and Seoul. During the mid-’80s, the same period the Dunk was introduced, Seoul experienced a population boom. This growth, symbolized by travel across Korea’s highways, underpins the Kasina journey. “Busan” and “Seoul” are written on the left and right heel tabs respectively.

Similarly, the industrial blue colorway draws inspiration from ’80s Korean transport. It mirrors the look and feel of Seoul’s vintage buses, down to a unique hangtag that reimagines the steering wheel.

“Kasina” is written on the tongue of both shoes, and its logo appears embroidered on the heel and inside the tongue tag. Additionally, both shoes are packaged with custom tissue prints inspired by roadsigns to round out the story. 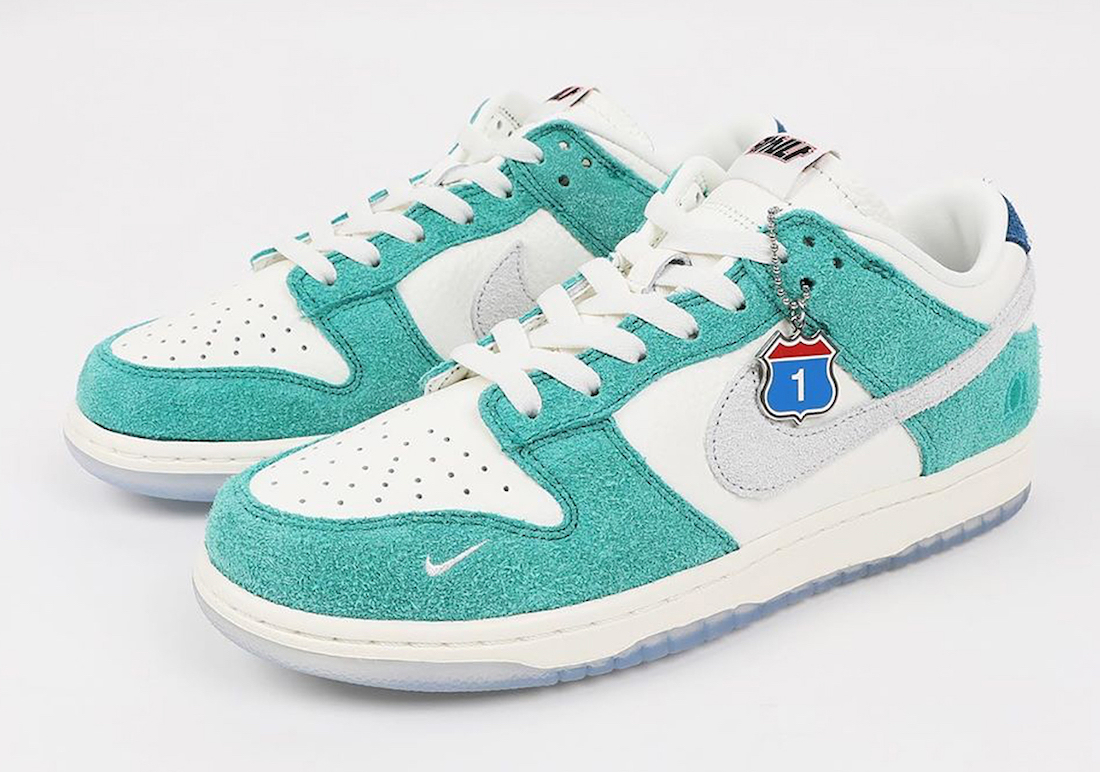 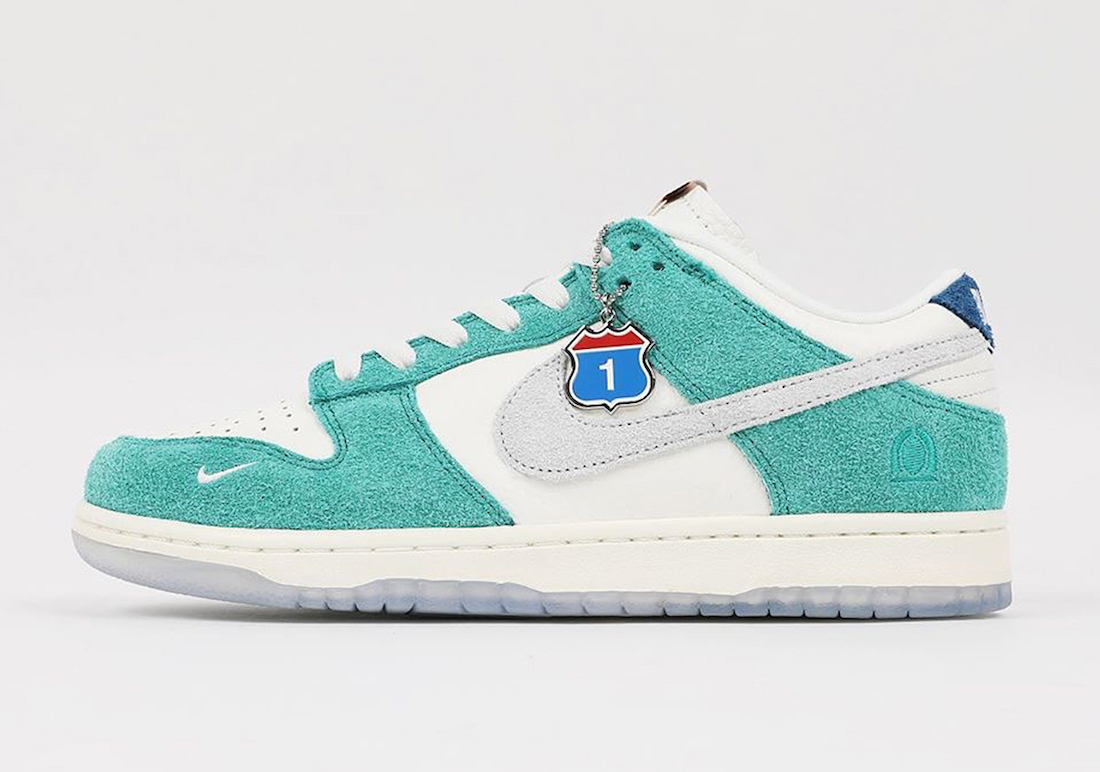 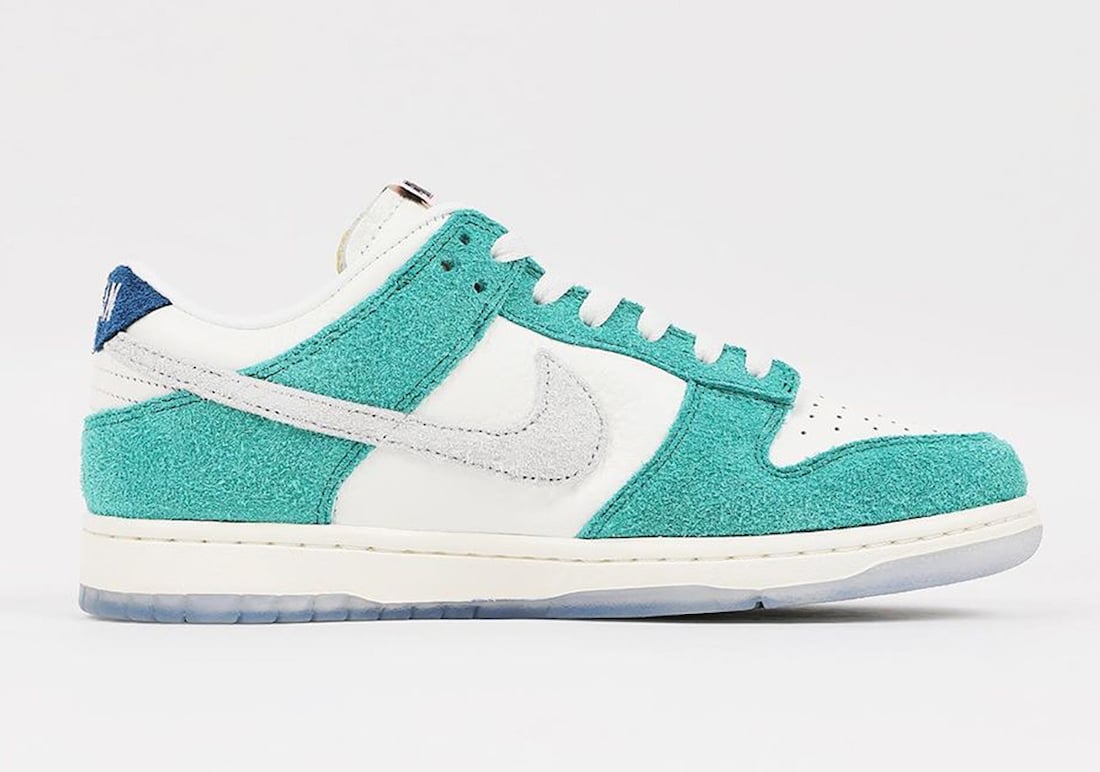 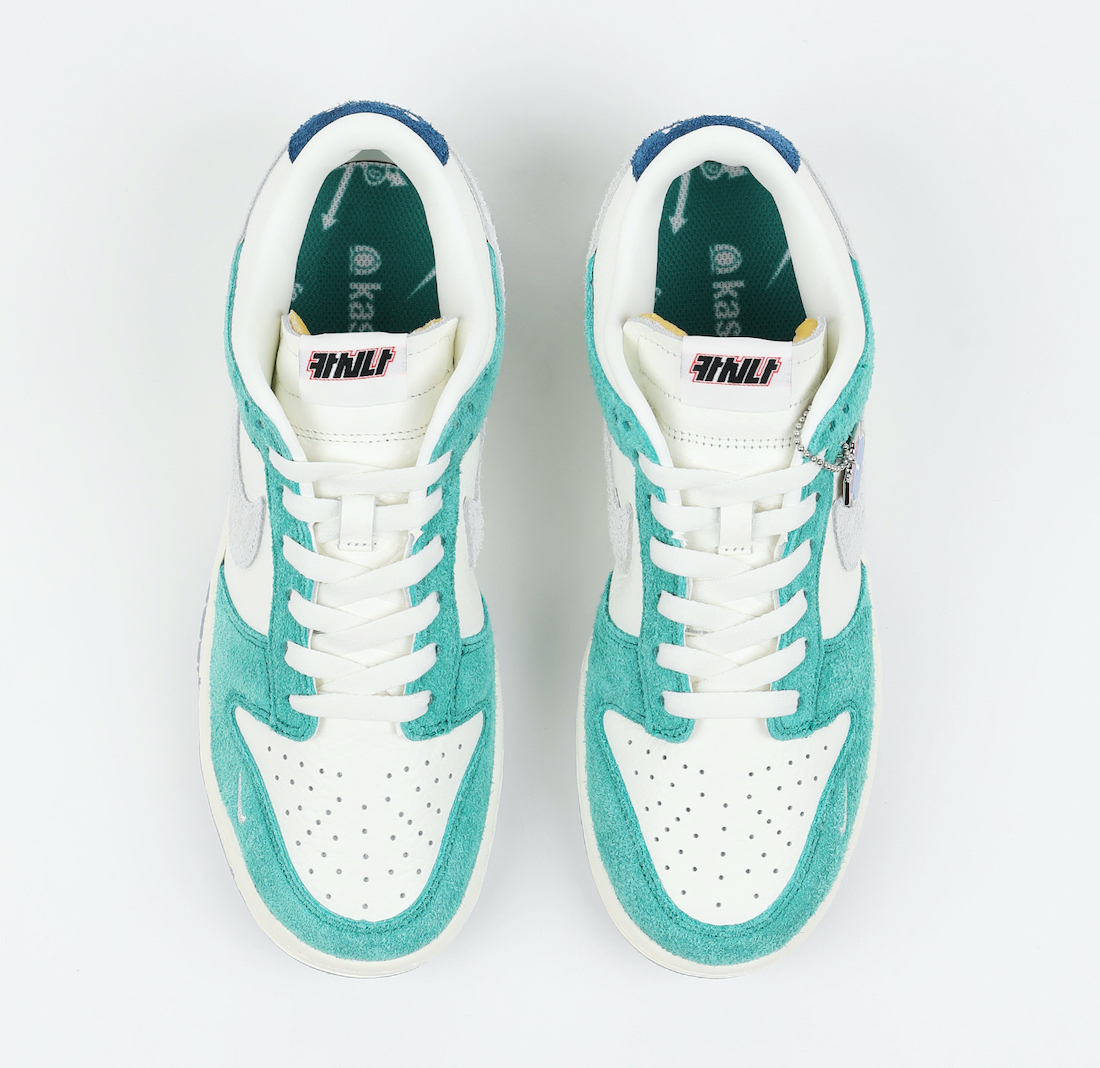 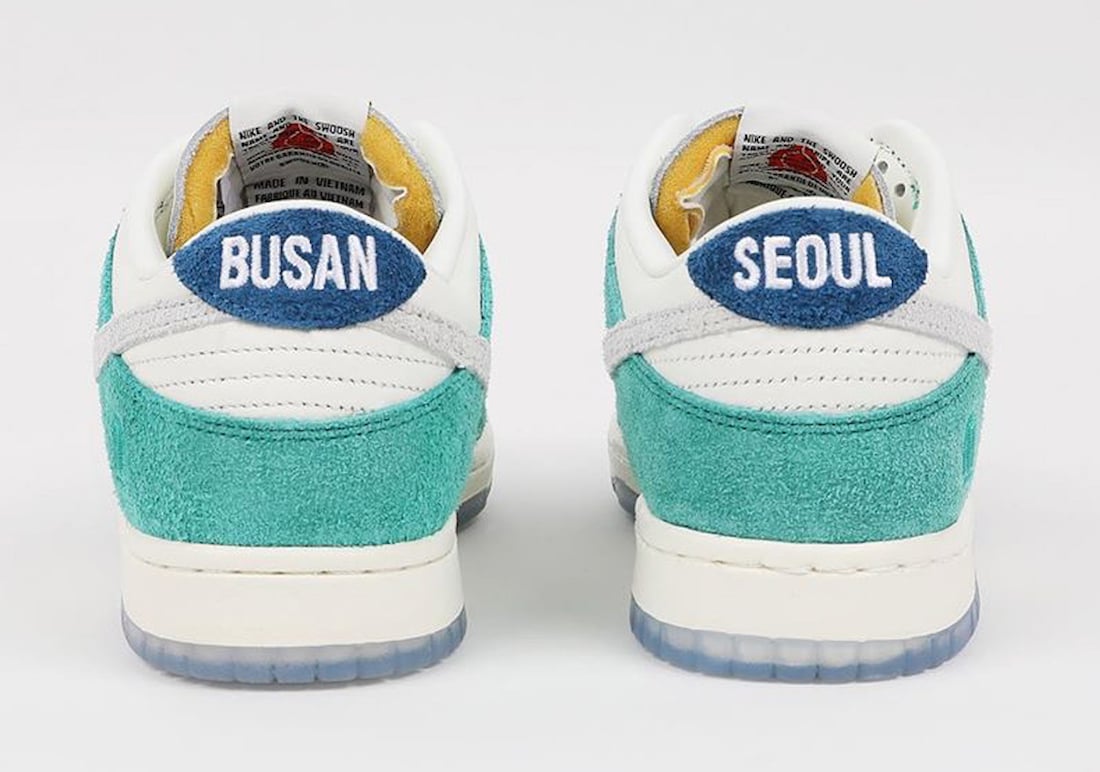 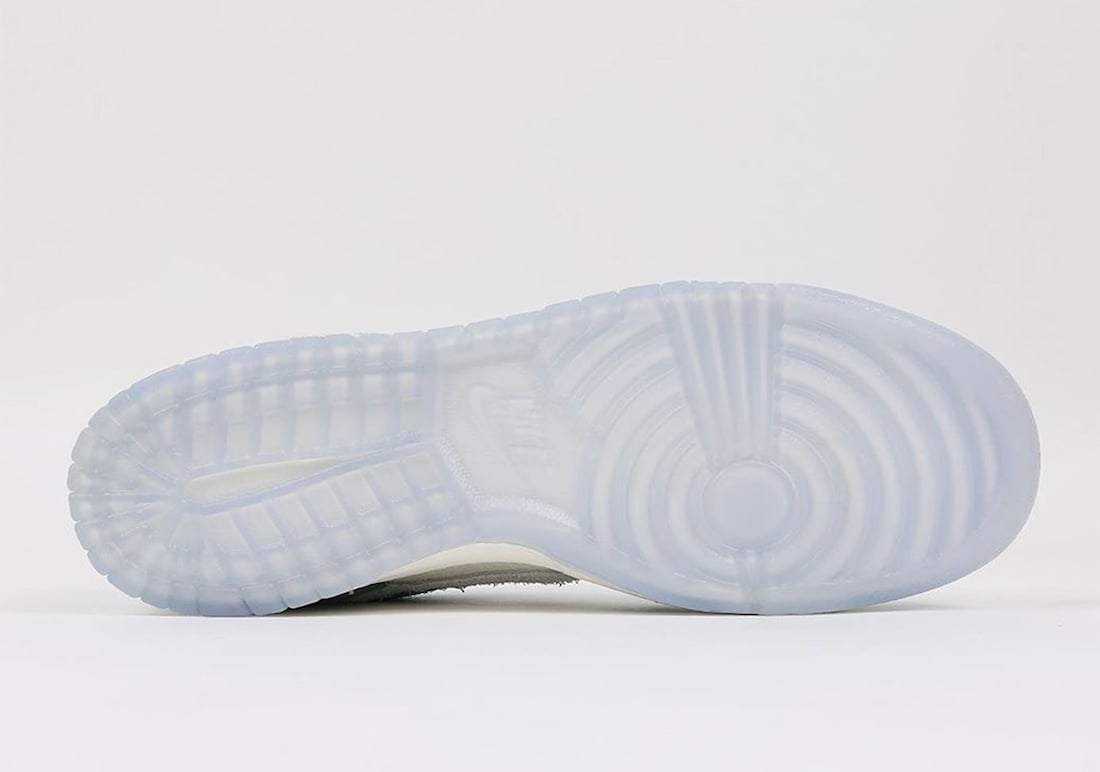 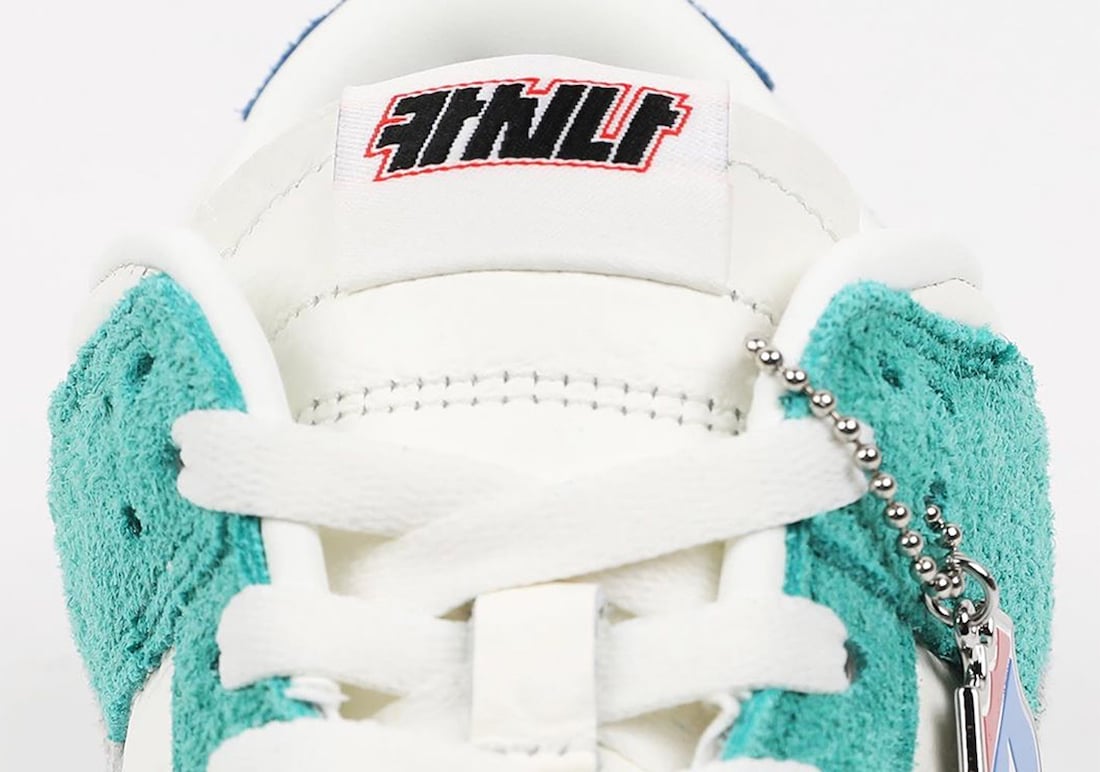 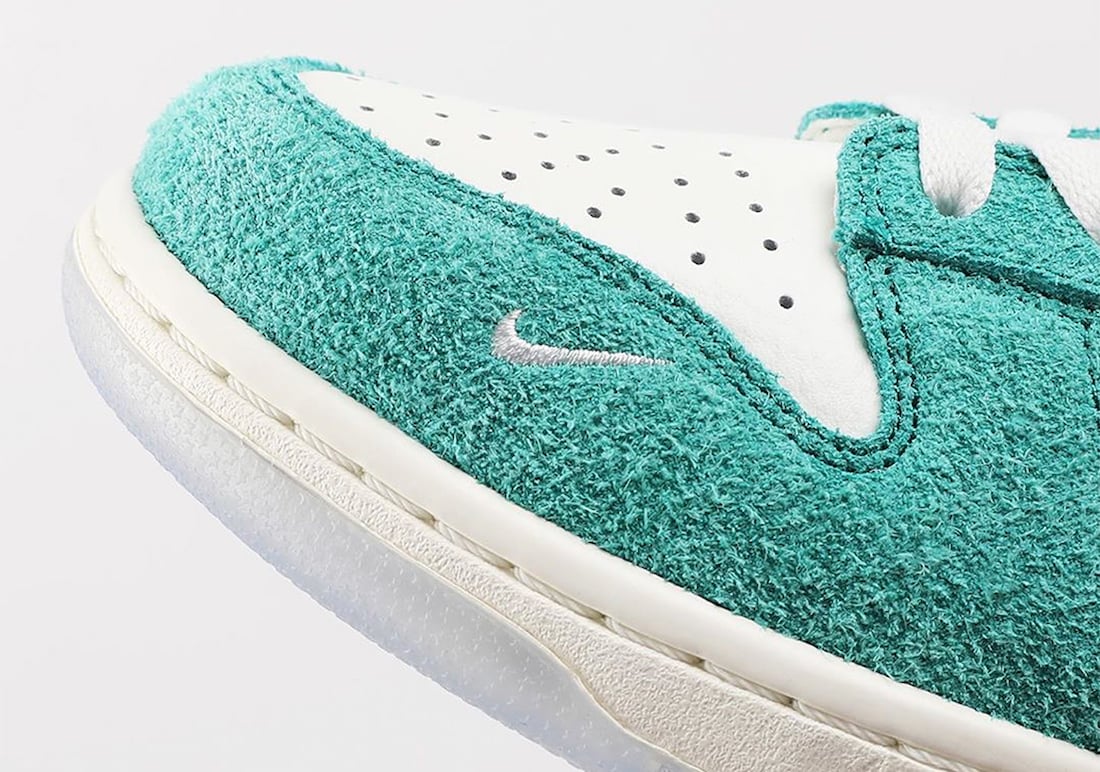 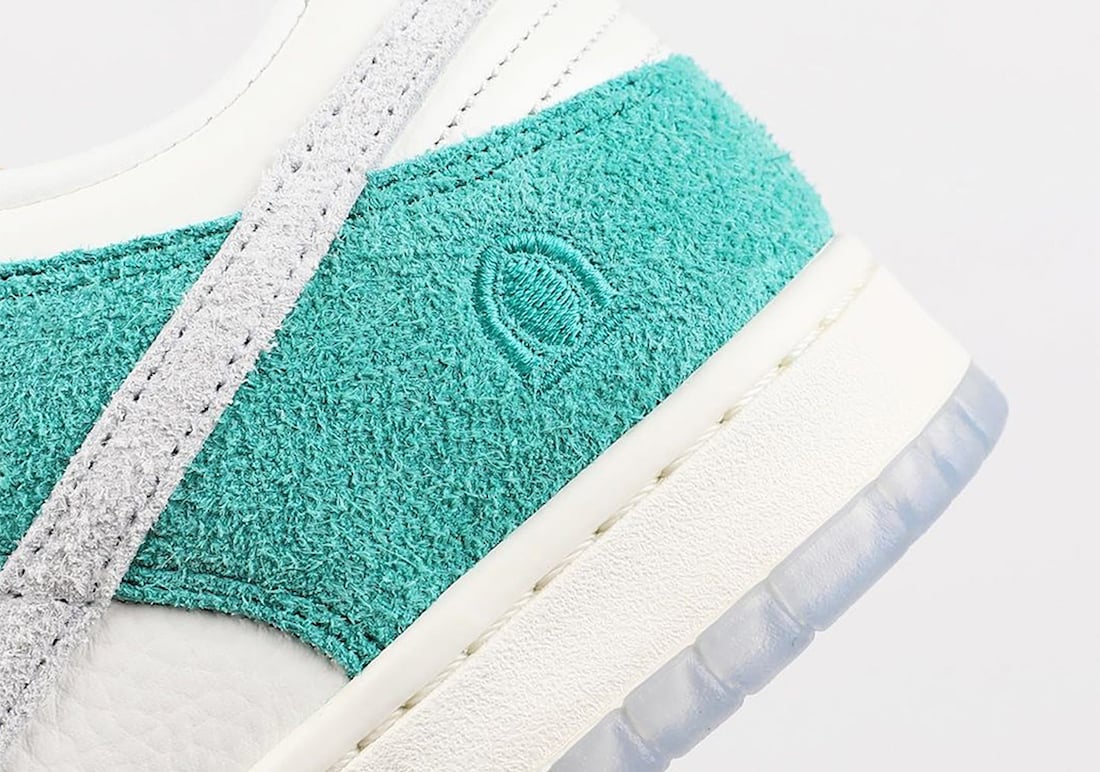 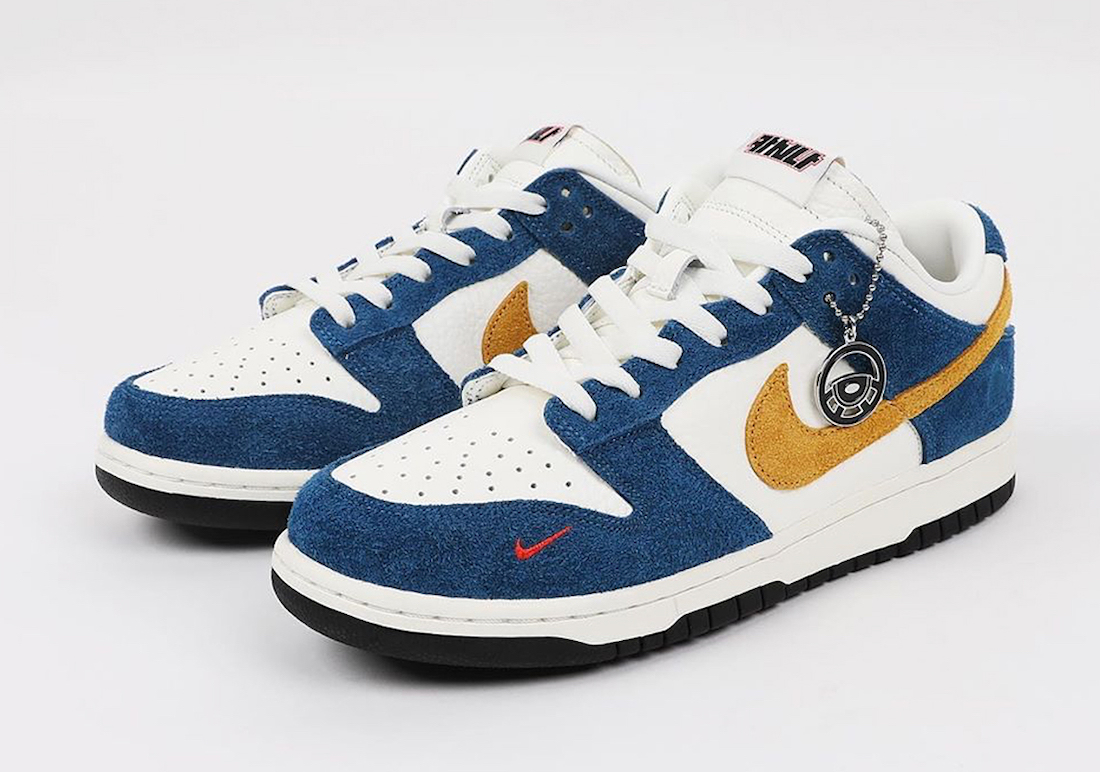 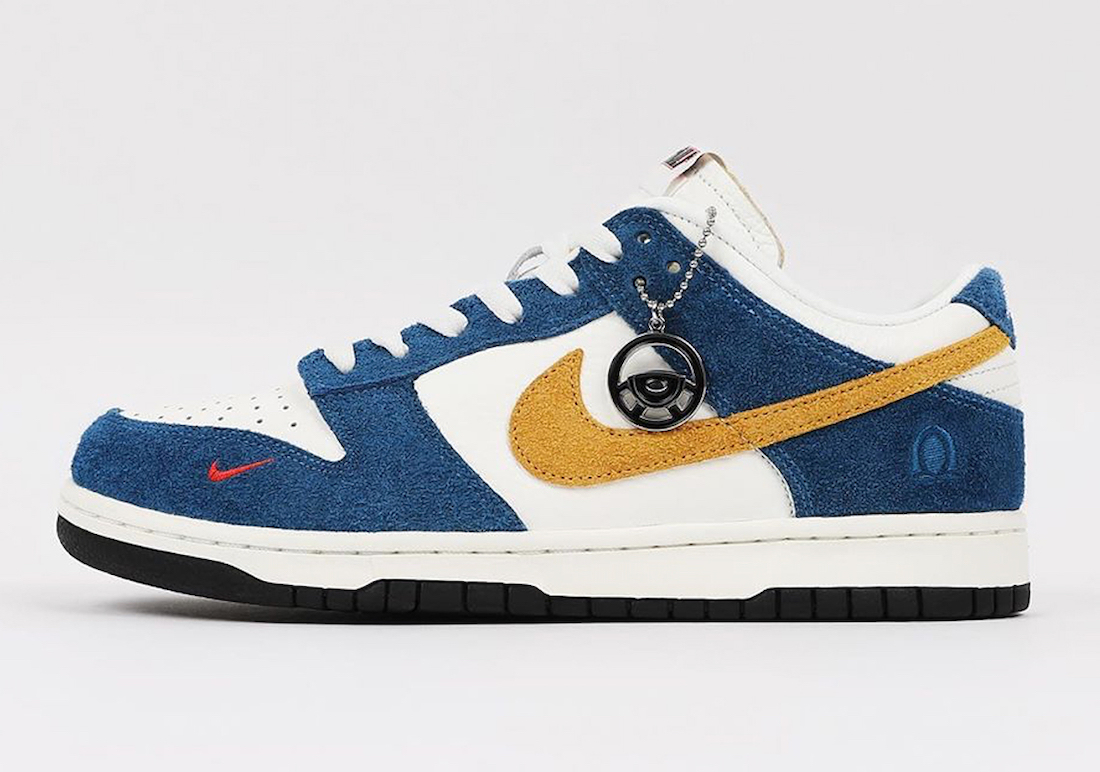 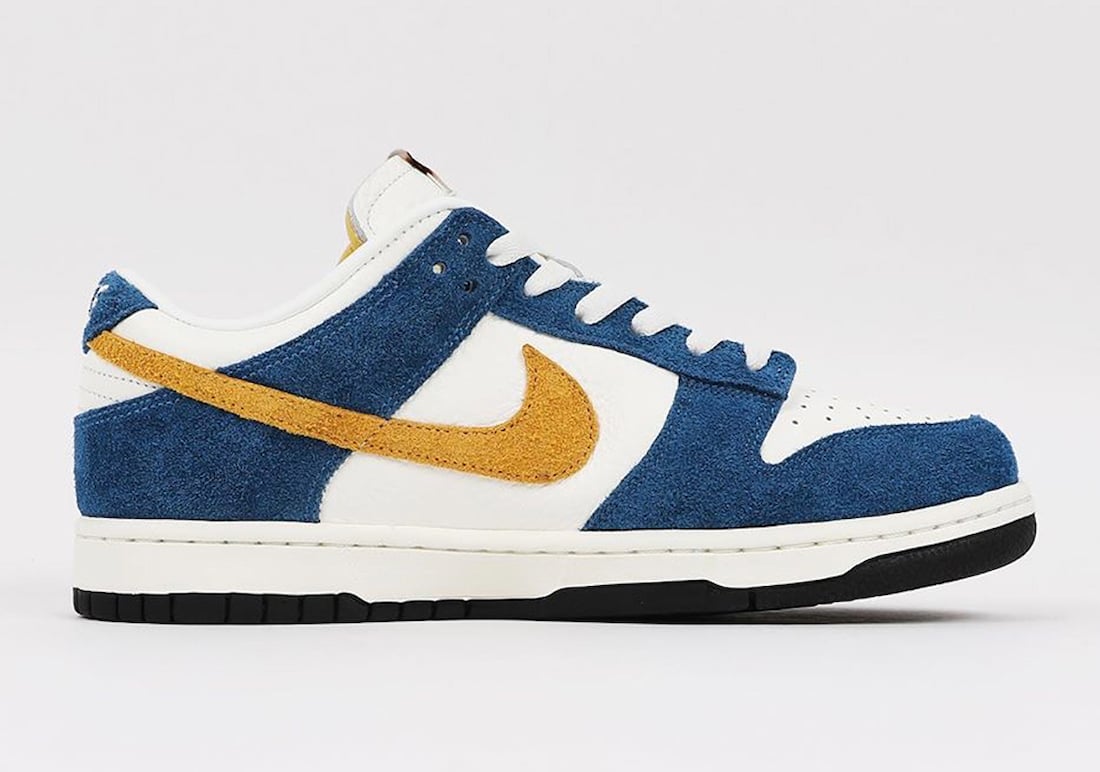 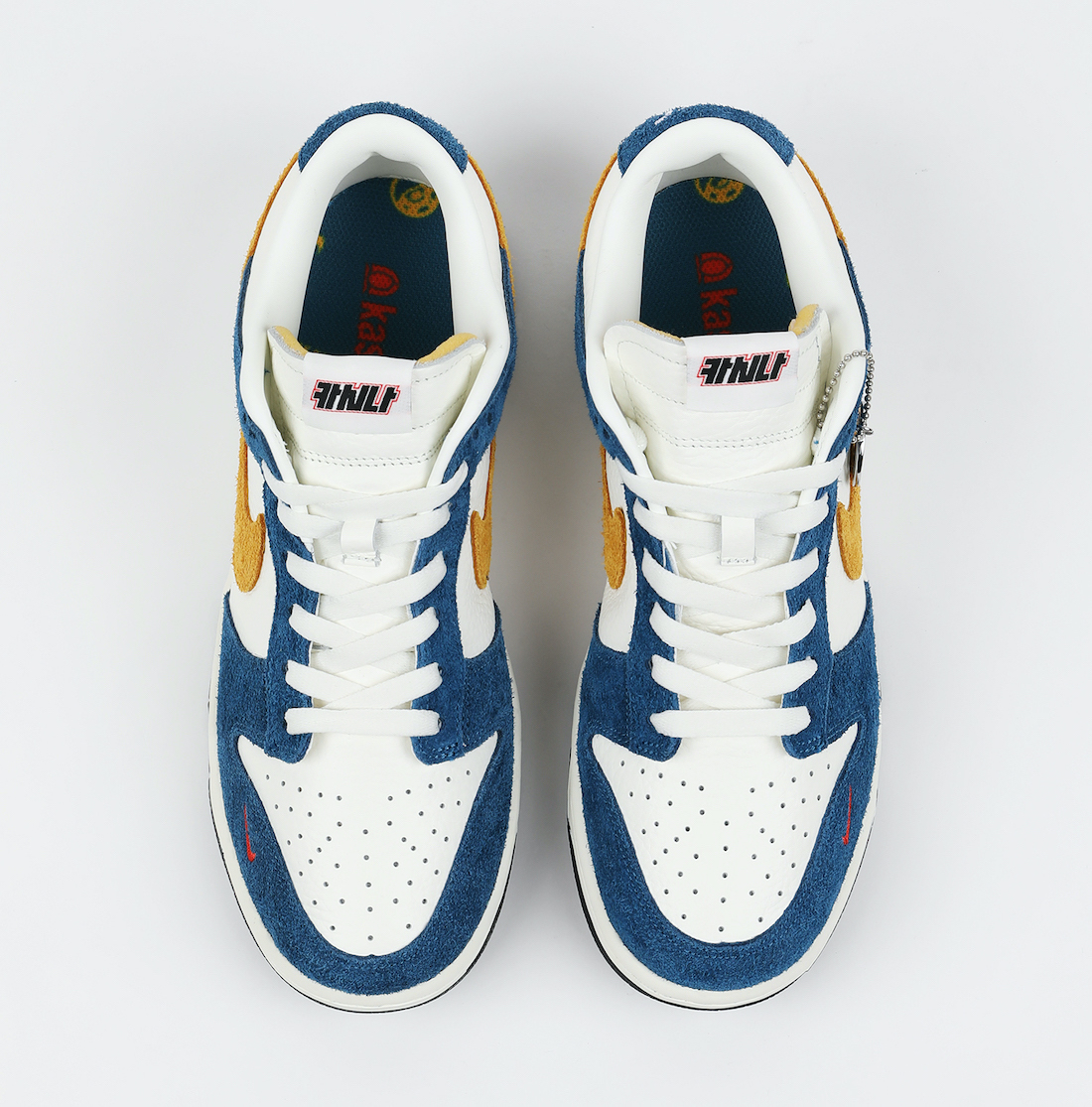 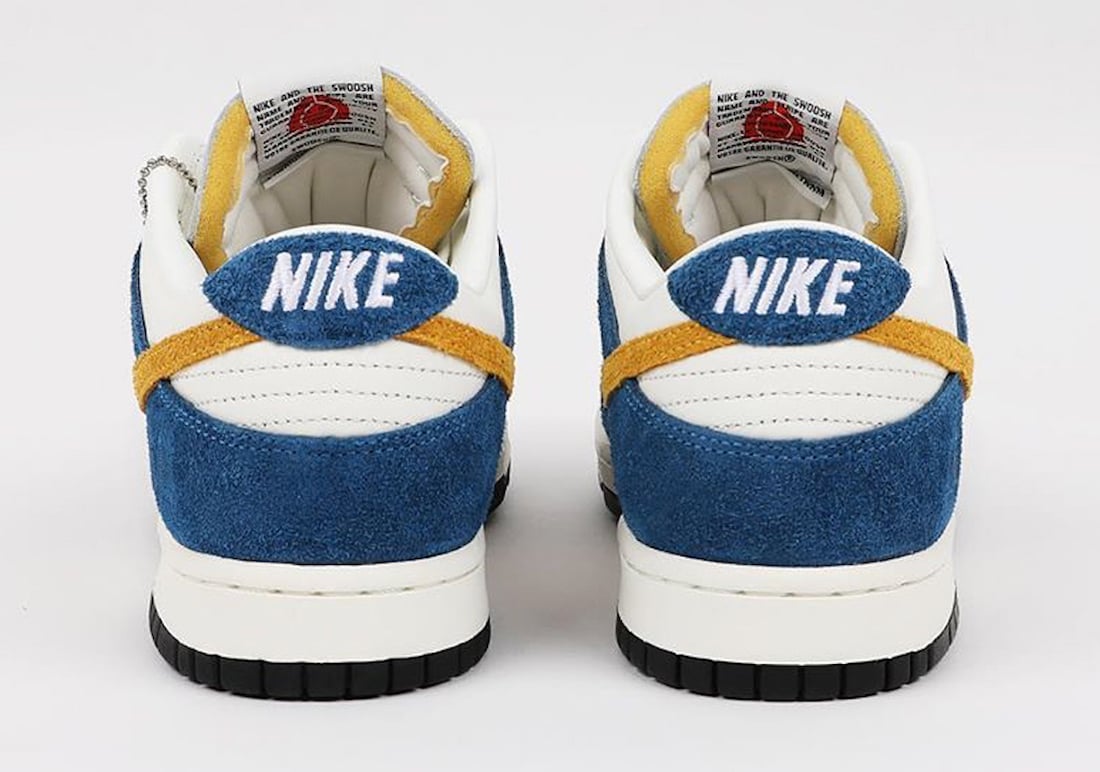 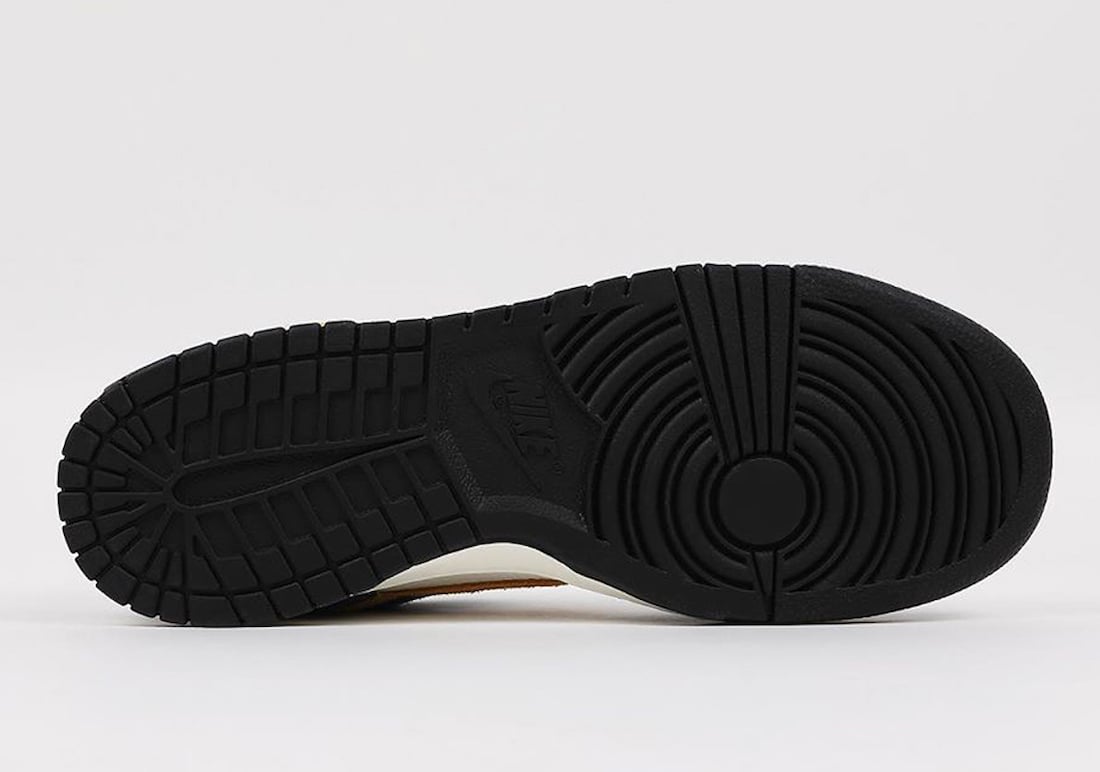 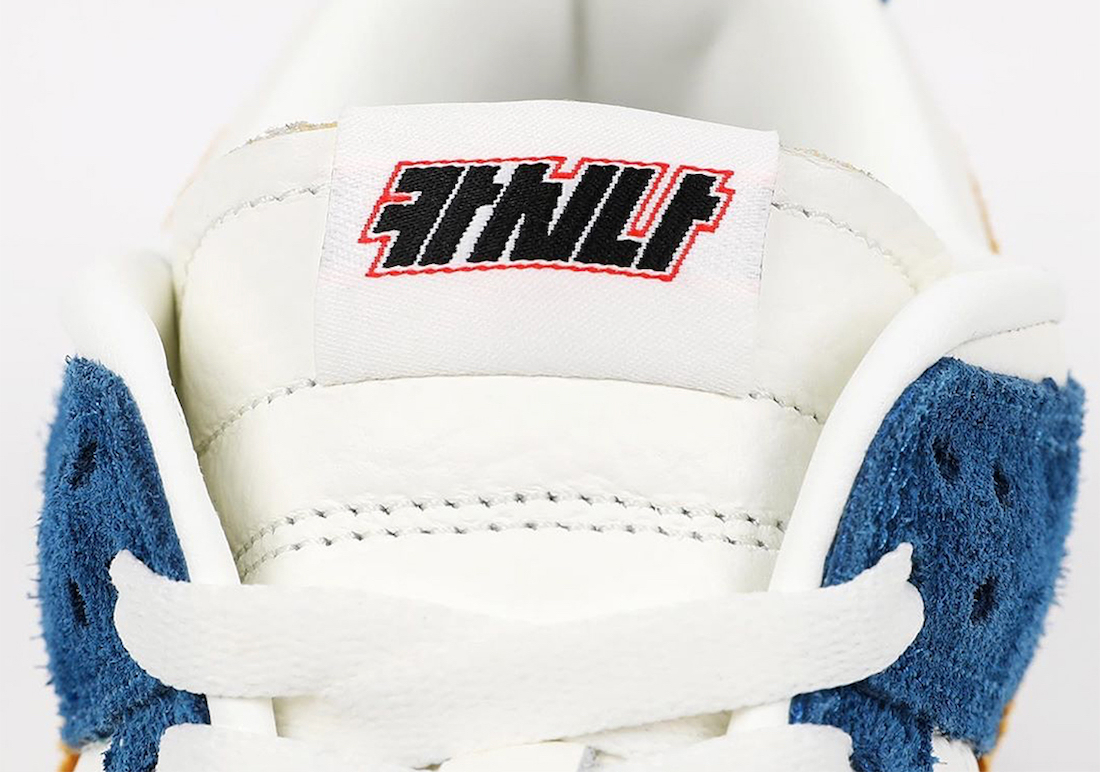 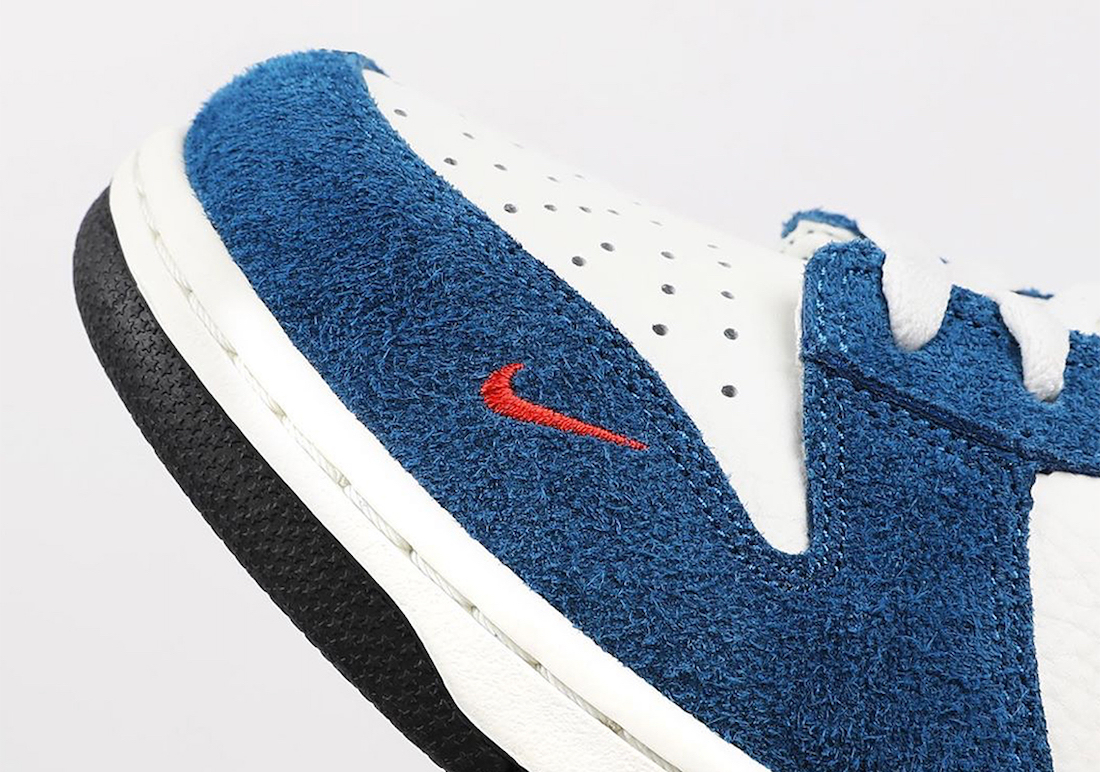 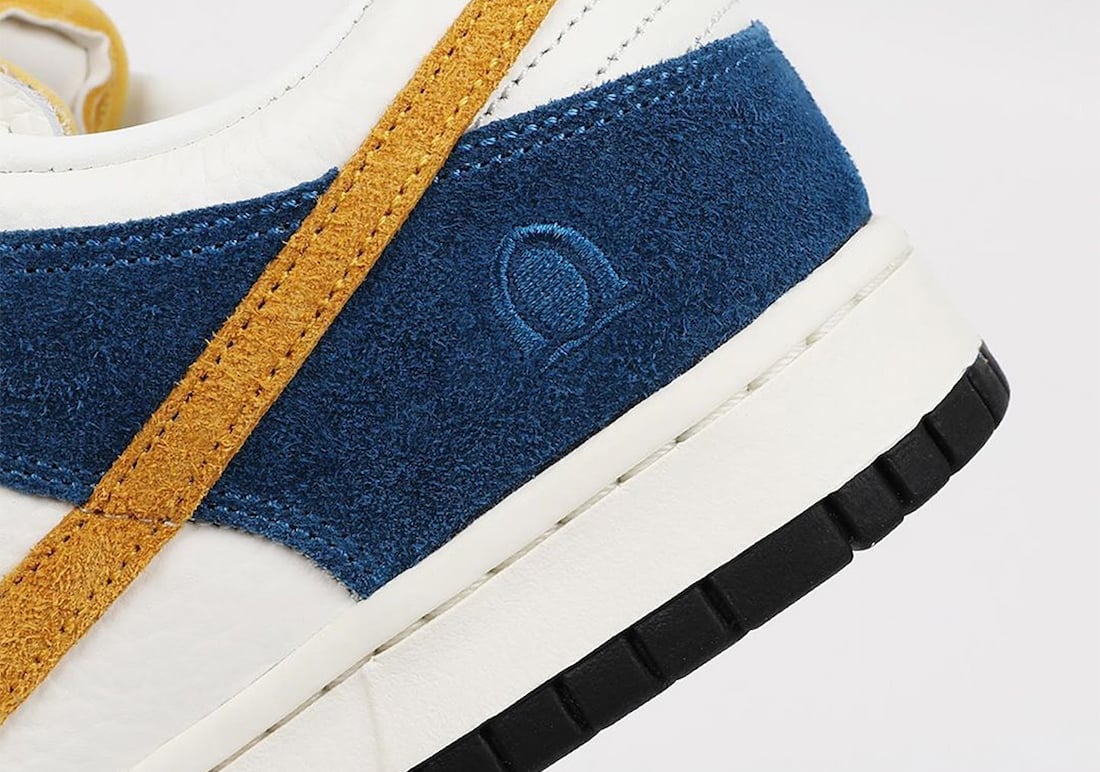 Update (9/3): Additional images of the Kasina x Nike Dunk Low in ‘Neptune Green’ has arrived. A release is expected to take place later this Fall alongside the ‘Melon Tint’ and ‘Industrial Blue’ pairs. Via lee_si_eon. 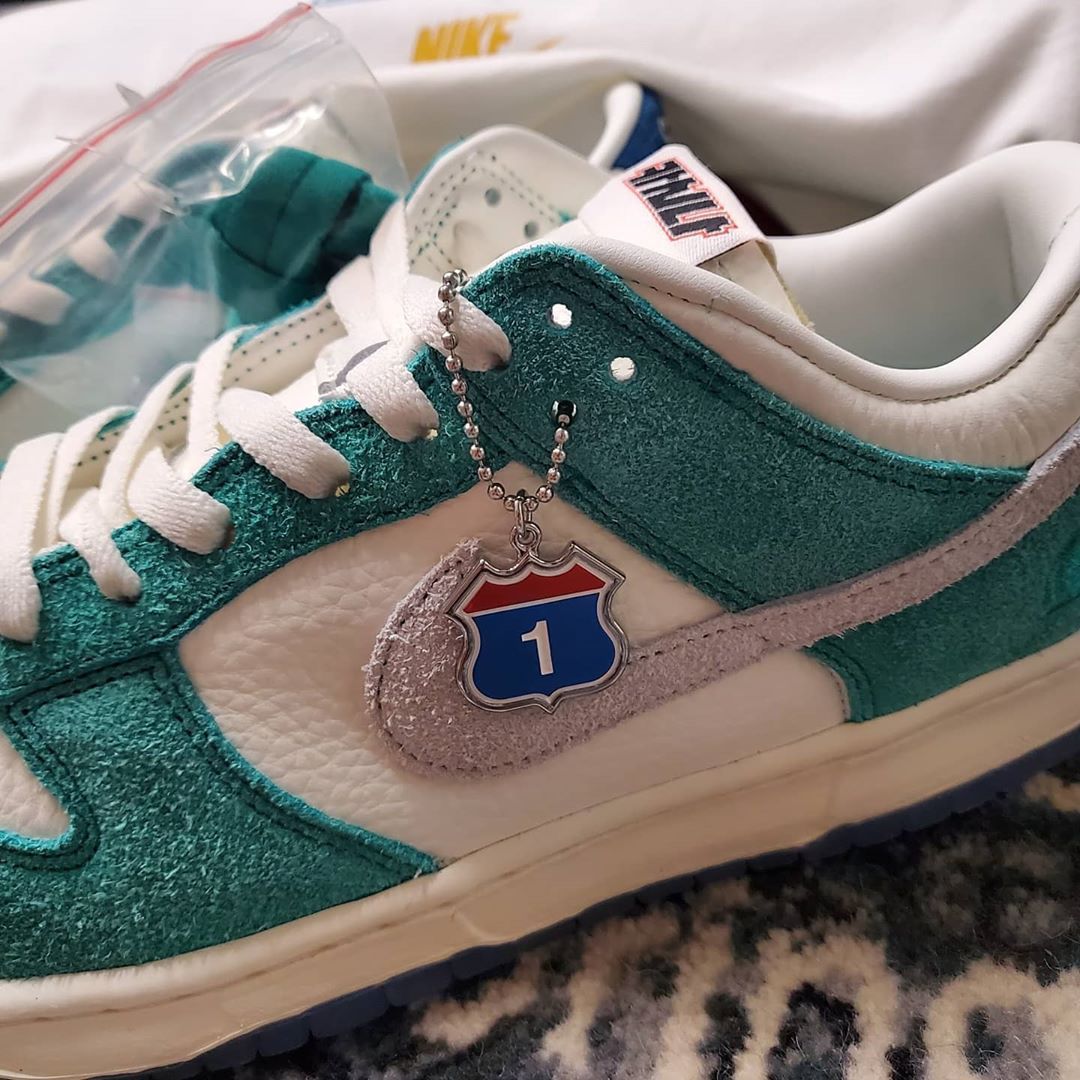 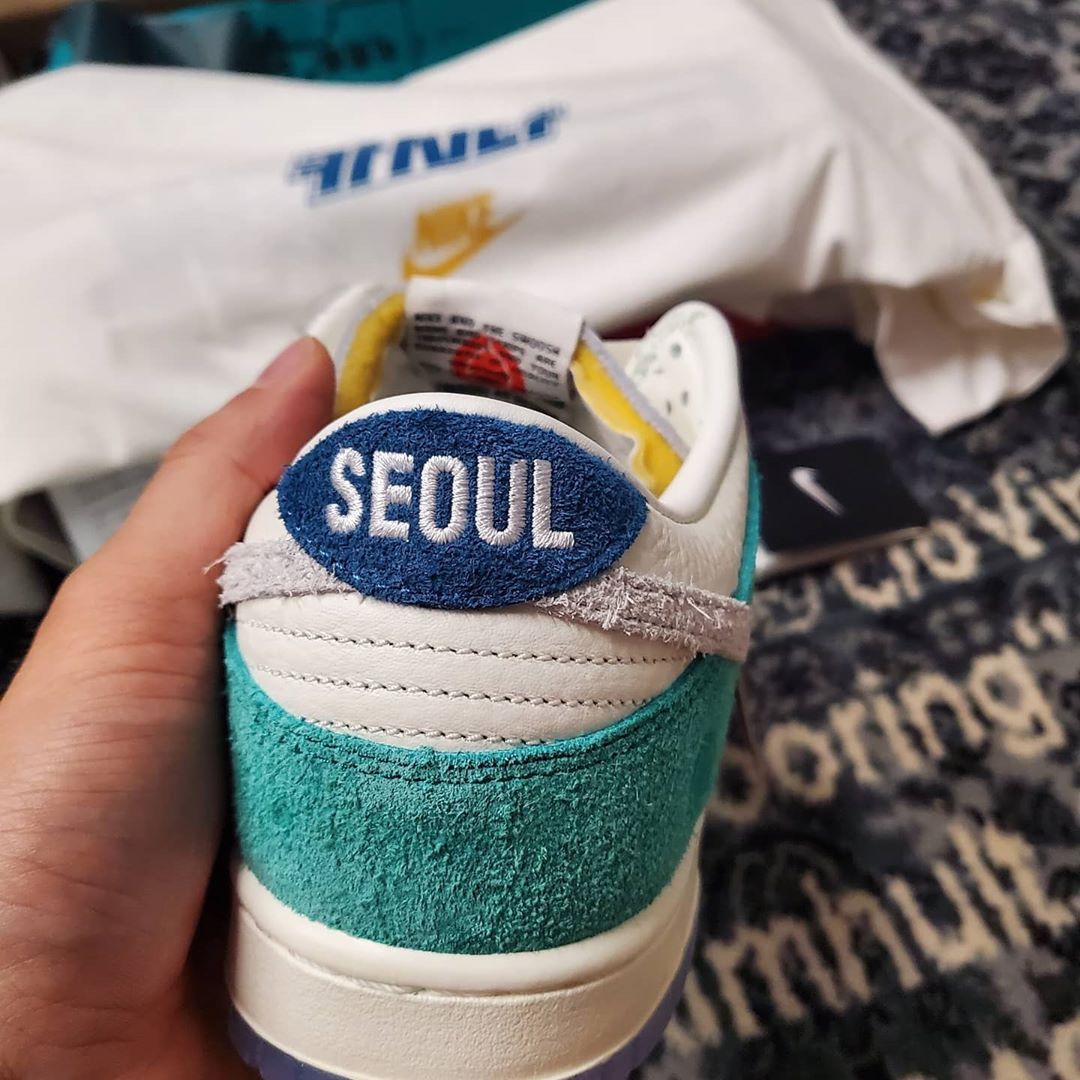 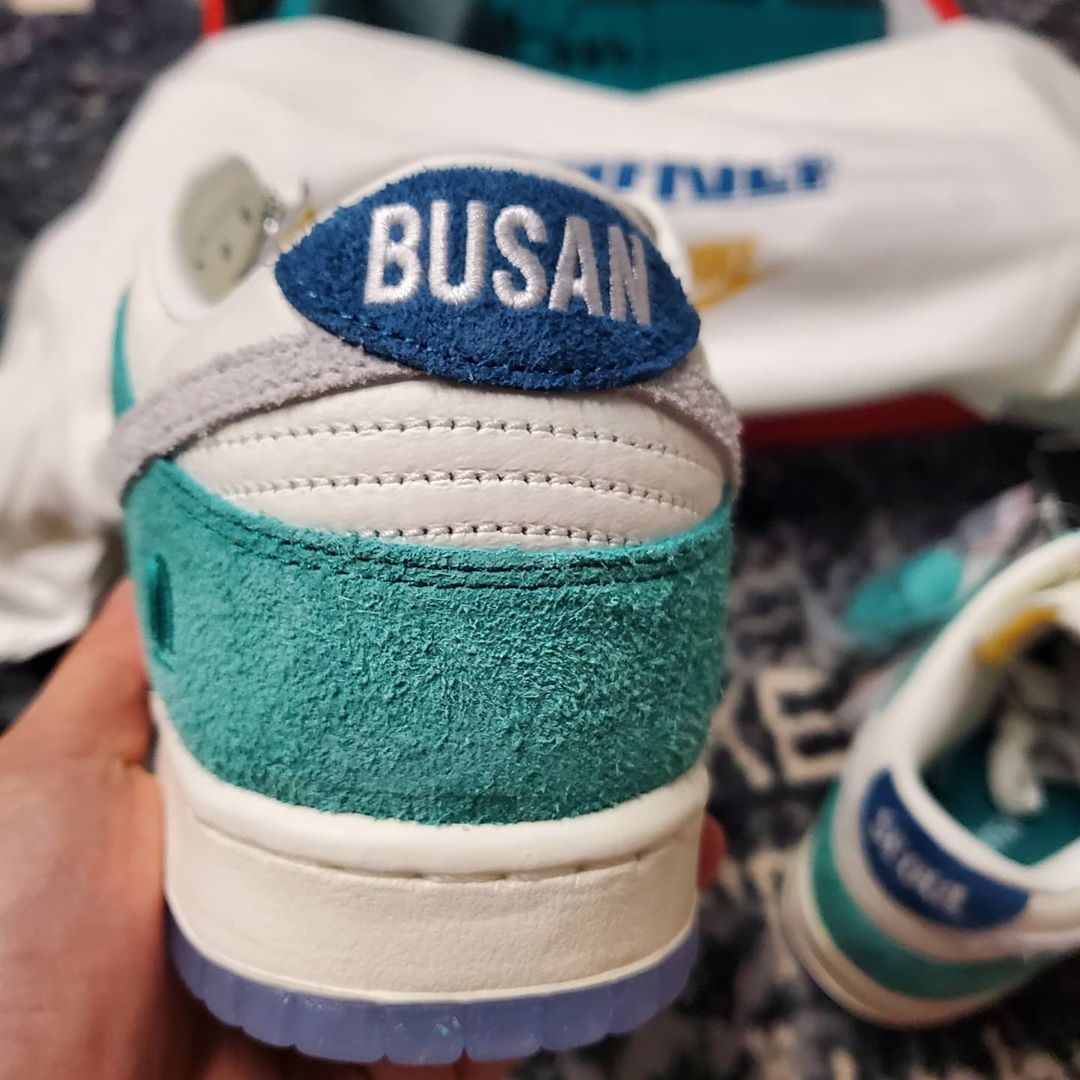 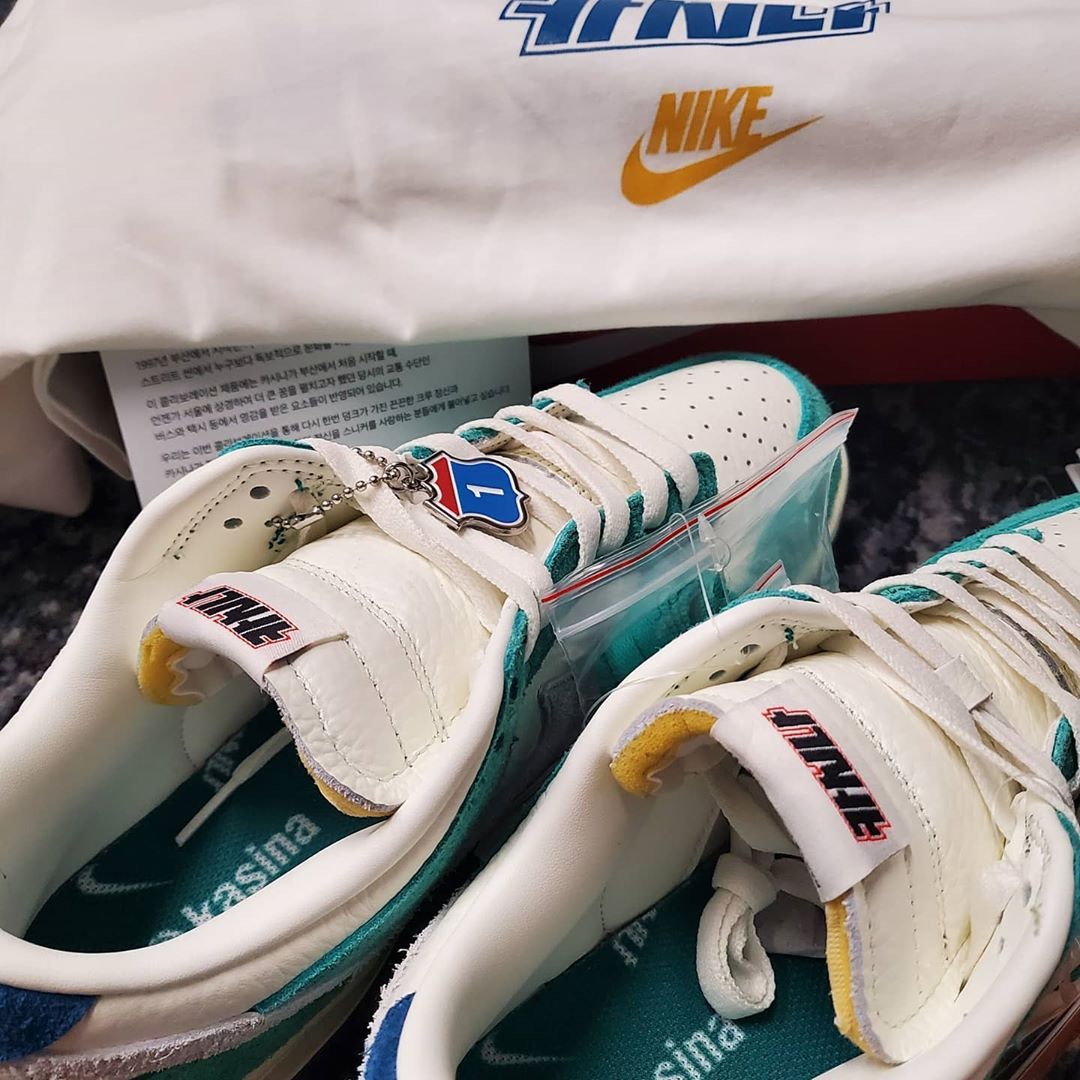 Update (9/1): We now have a first look at Kasina’s Nike Dunk Low collaboration which is expected to launch this Fall via w_t_s_1987. 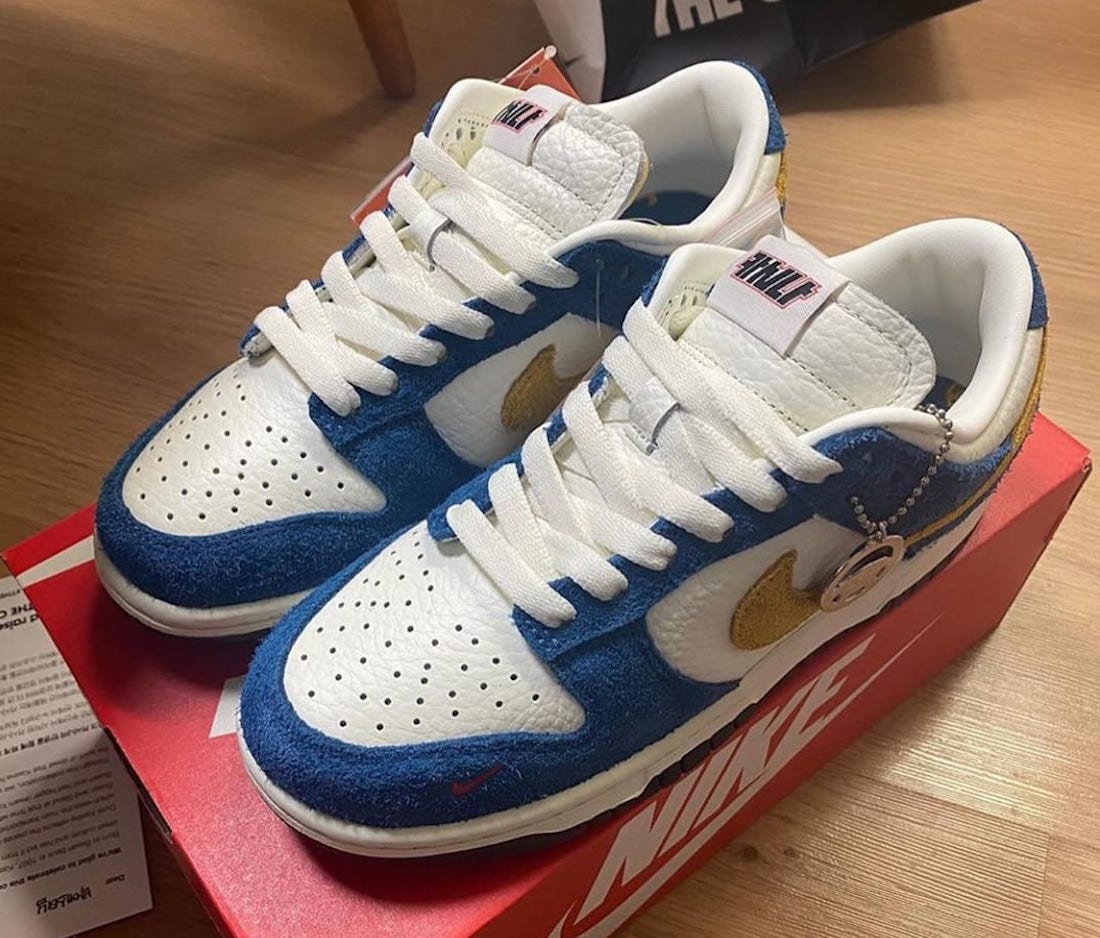 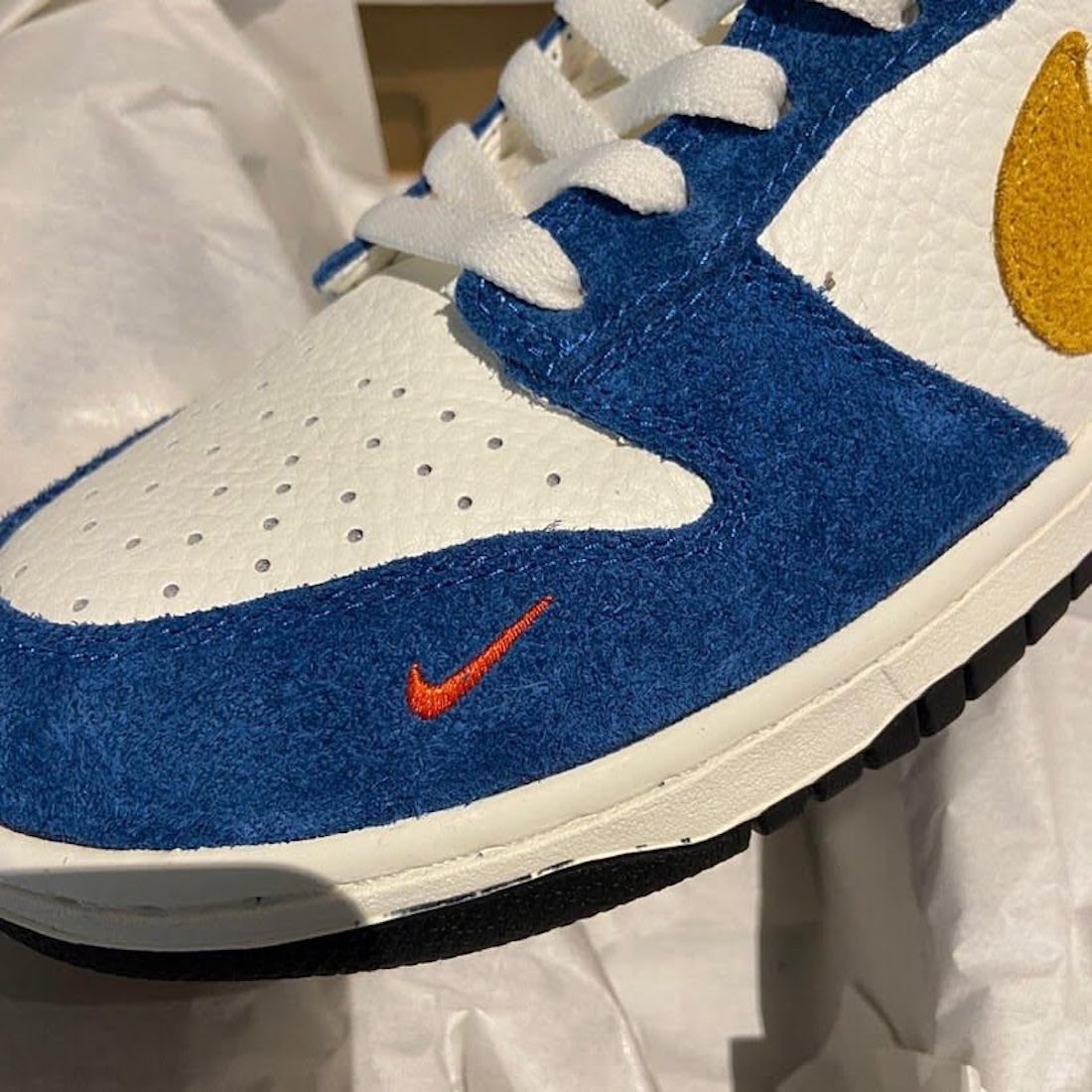 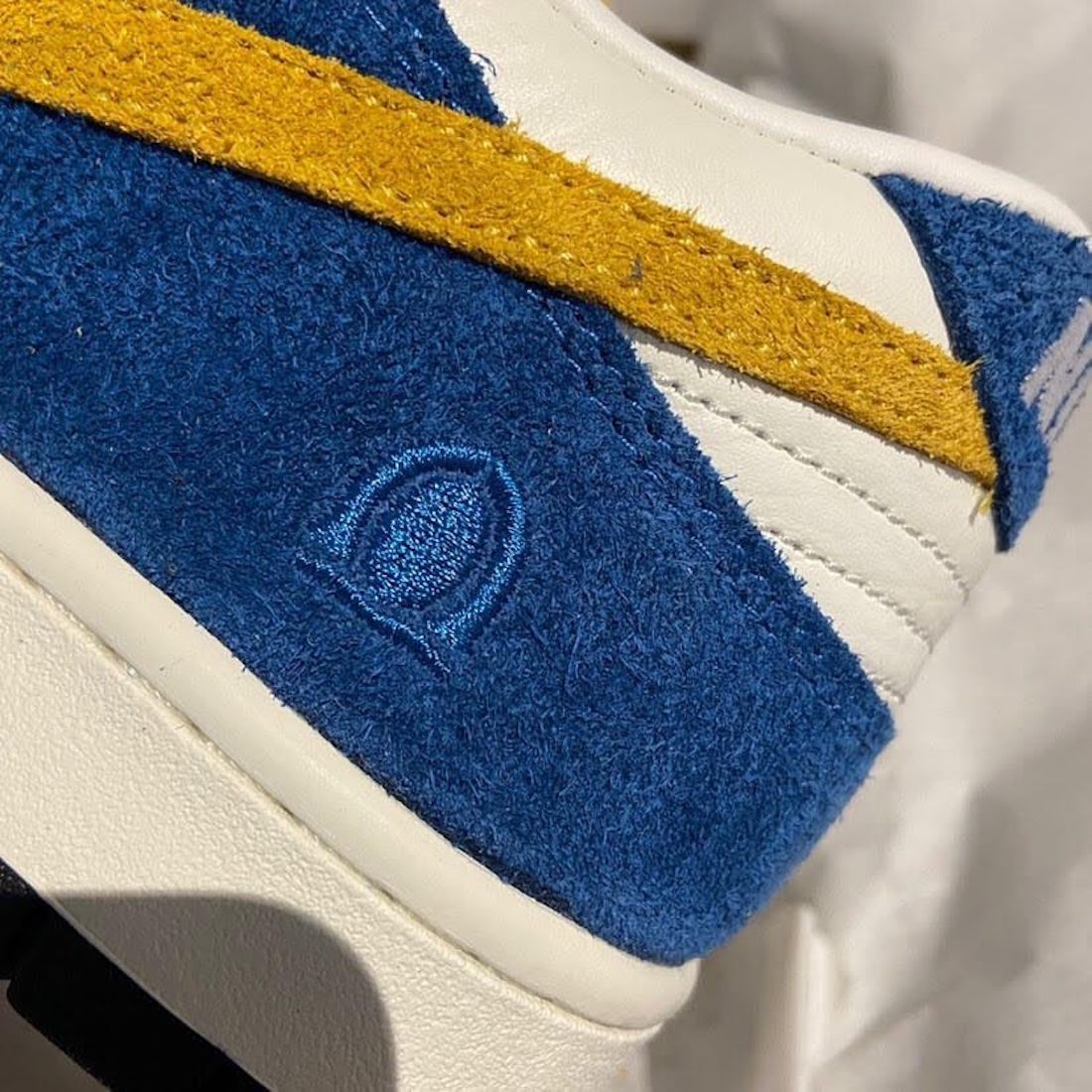 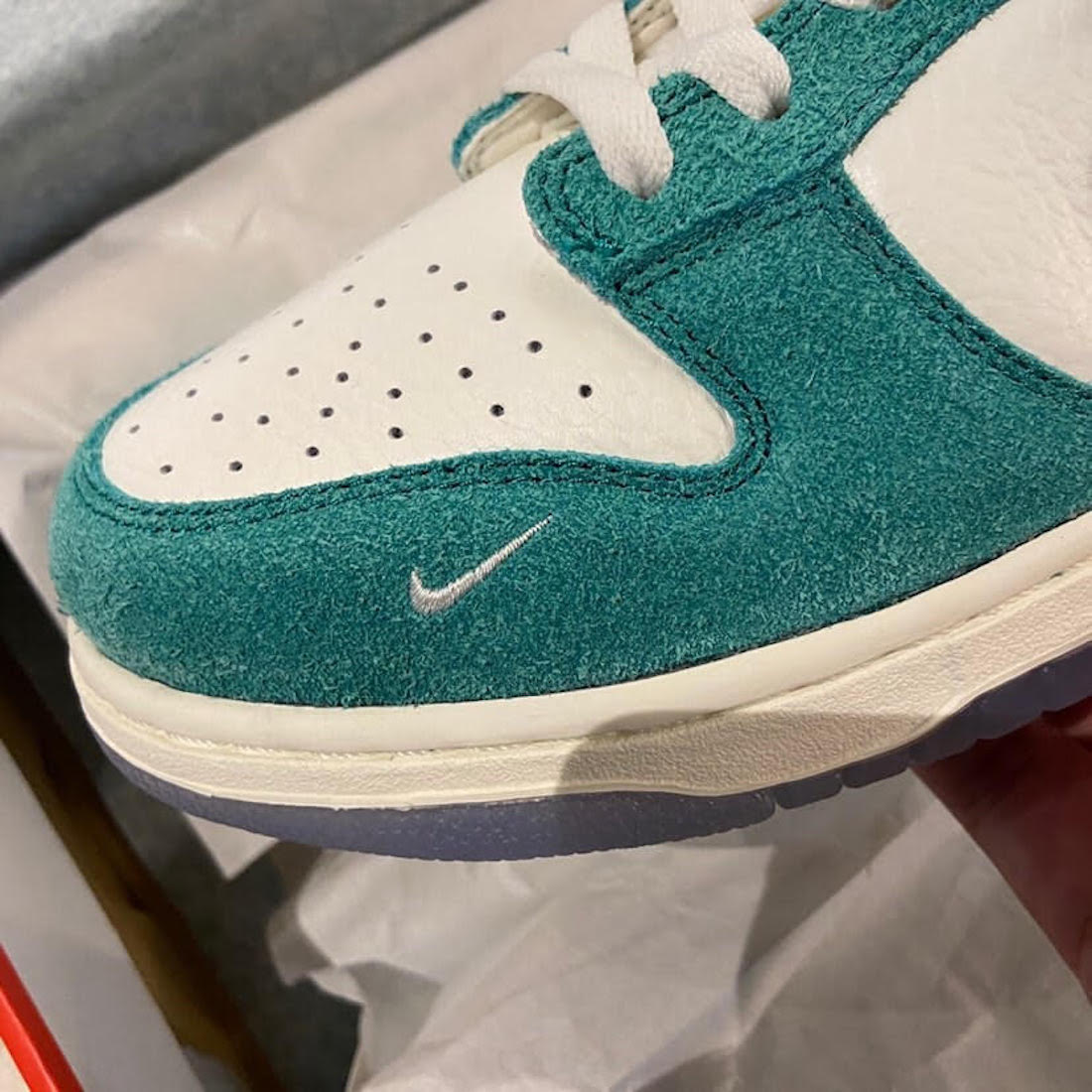 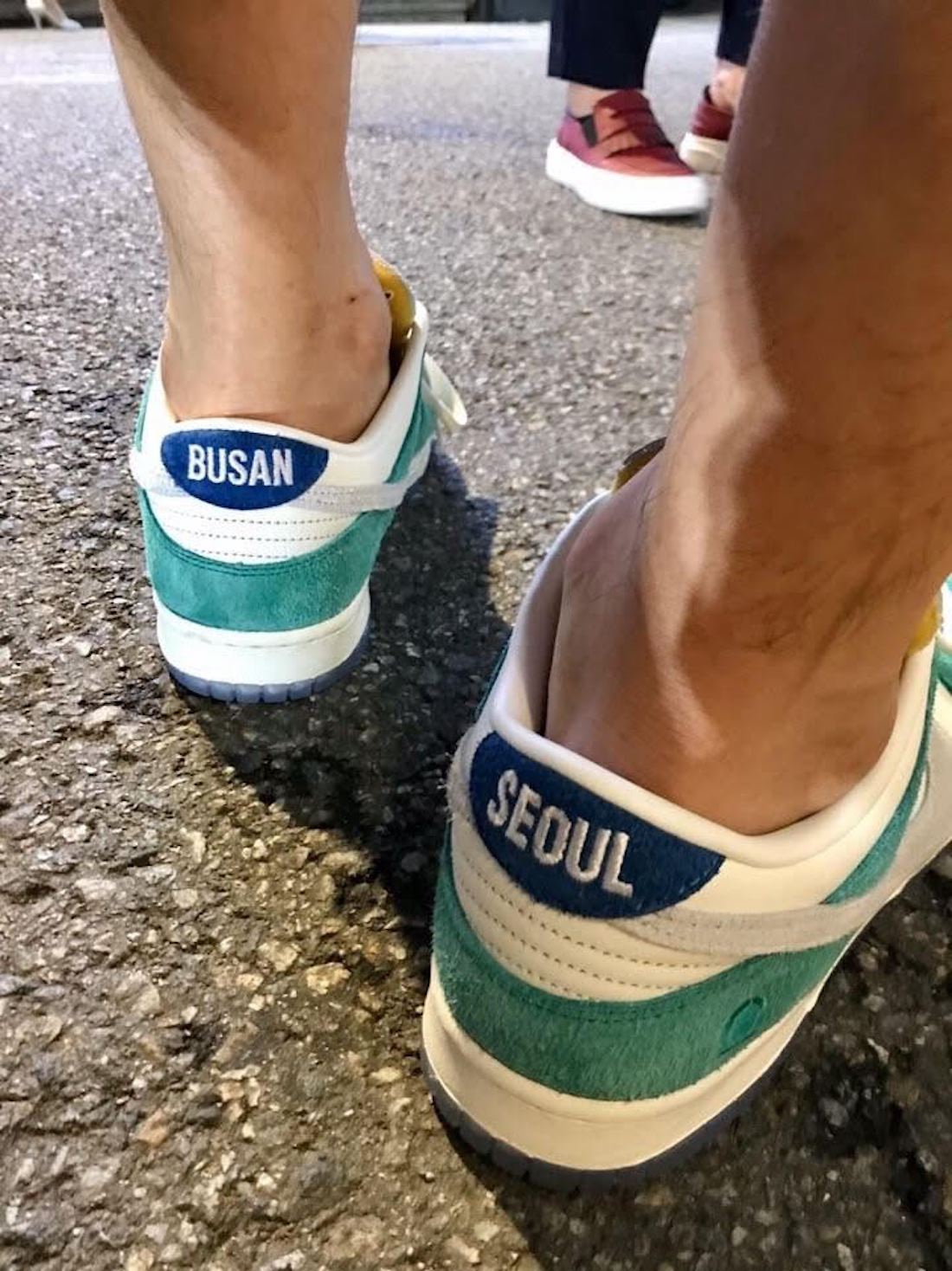 Update 4/29: We have now learned that there is a third colorway of the Kasina x Nike Dunk Low collaboration releasing which will come dressed in Pearl White/University Gold-Melon Tint.